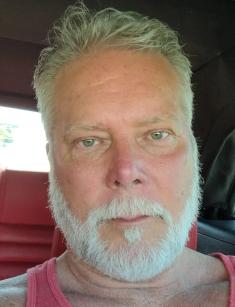 Kevin Scott Nash, who was born on July 9, 1959, is an American wrestler and actor. As of 2022, he has an active contract with World Wrestling Entertainment. He is of American nationality and white ethnicity.

Kevin is better known for his brilliant wrestling career. He also starred in various films, such as The Punisher, Almighty Thor, Rock of Ages, John Wick, Click Fight, and Dog.

Kevin is from a Christian American family. His hometown is the city of Detroit, Michigan. When Kevin was 8, his dad, Robert, passed away due to a heart attack. He was raised by his mom, Wanda (she died in 1994 because of breast cancer). In his childhood, Kevin studied at Aquinas High School. After graduating, they enrolled in a university in Tennessee and started learning psychology and philosophy.

Kevin made his professional wrestling (WCW) debut as "Steel," the orange-mohawked member of the tag team The Master Blasters. On September 5, 1990, at the Clash of the Champions XII, he made his debut alongside Master Blaster Iron, defeating Tim Horner and Brad Armstrong.

In Teenage Mutant Ninja Turtles II: The Secret of the Ooze, Kevin played Shredder in his acting debut. He appeared in the 1998 film Family Plan as a jackhammer worker in a very small role.

Kevin has been married to Tamara Mash since 1988. They had a son, Tristen, who died in October, 2022, at the age of 26. Now he resides in California with his family. In 2011 and 2014, Kevin had legal troubles. He beat his son and wife a couple of times, but all the charges against him were cleared.

Here is the list of achievements Kevin received throughout his wrestling career: