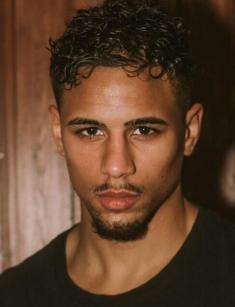 Jamaine Ortiz is an American boxer of Puerto Rican and Dominican descent. Fans know him under his The Technician alias.

The future celebrity was born on 28 April 1996, in Worcester, Massachusetts. He spent his early years there and got higher education at a local university.

He has 6 siblings. His dad passed away when he was 15 years old. This sportsman has never revealed any other details about his childhood and family.

Apart from boxing, he's good at basketball and he enjoys learning new things.

Jamaine began to take boxing classes when he was 6 years old. His trainer's name was Carlos Garcia. He had been teaching young boys and girls for nearly four decades.

Jamaine turned out to be a brilliant amateur. He wasn't sure of whether he would like to devote his life to boxing and began to earn his daily bread as a carpenter.

Since 2017, he keeps on defending his belts as a professional. He performs in the lightweight division and is famous for his 50-percent knockout ratio. To qualify as a pro, he defeated Ricardo Quiroz, who had never previously lost to anyone.

In 2022, Jamaine won over Nahir Albright in a highly emotional fight. In a few months, he had to face Vasiliy Lomachenko in the ring. It was extremely hard to make a correct prediction on that match — but Jamaine ultimately lost.

If you check Jamaine's Instagram, you'll discover many photos of his daughter there. Her name is Amira. Sometimes, both pose on photoshoots for sports brands.

There has been no official information available about whether the girl's parents have tied the knot officially or not. Moreover, Jamaine has never publicly mentioned the name of Amira's mom or shared her photos. Only the dearest and nearest of this sportsman know whether he's still together with this lady, is dating someone else or is single.

As for now, in November 2022, his record stands at 16-1-1. His current ranking and other informative details are available at Boxrec.