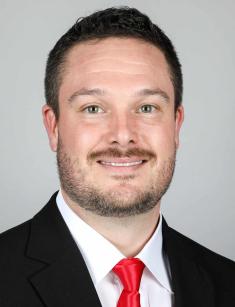 Dan Lanning is an American football player and the youngest head coach in college football at Oregon. His exact height and weight are unknown.

Dan was born on April 10, 1986, in rural Missouri. His family relocated there when he was three years old. The future celebrity spent his early years at a farm.

The star has an elder brother, David. The boys grew up together with their half-sister, a nephew and two nieces. The kids performed a lot of tasks around the house, from cleaning to cooking. That prepared Dan for intense physical exercises in sports. When the children said they wanted to get a Nintendo console, their parents made them earn it by doing extra jobs.

His parents were middle-school teachers. His dad's name was Don, he conducted science lessons. His mom's name was Janis, she specialized in language arts and English.

Dan used to earn his daily bread at a local ice company that gave him odd jobs. He would put the ice in the bags, tie them and drive them around the town.

In 2004, Dan began to play linebacker at a college in his home state. He did it for three years.

He had no coaching experience in football. But in high school, he coached a third-grade basketball team and he was happy with their results.

In 2018, Georgia hired him as its outside linebackers coach. In addition to that, he began to fulfill the duties of the defensive coordinator. His salary was increased up to $1.25 million after he had helped his team win in the final Sugar Bowl game. During his last season with this team, it remained undefeated. This coach is brilliant at both motivating sportsmen before the match and expressing his gratitude to them after the game.

At the end of 2021, Dan moved to Oregon to replace Aaron Feld. He inked a contract with the Ducks for 6 years. He's supposed to earn $29.1 million on that deal.

In 2022, rumors began to circulate about Dan planning to become the head coach at Auburn. Lanning and his agent have dismissed this information.

Dan's wife's name is Sauphia. They got to know each other when both were working at a steakhouse. She was a to-go girl and her future husband was a server.

Sauphia was diagnosed with cancer. The treatment took many months. In 2017, she finally announced superb news: she had overcome the disease.

There are three sons in the family: Caden, Kniles and Titan. Dan is very close to his kids. During the pandemic, he went to great lengths to entertain them. He built a treehouse for his boys and arranged camping in the living room.

Overall 8–1 as a head coach