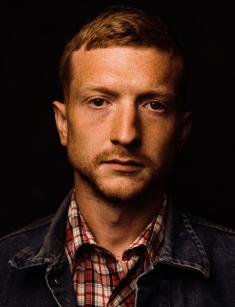 Tyler Childers is an American singer and songwriter. His songs are a mix of folk, bluegrass and neotraditional country.

The future celebrity was born on June 21, 1991, in Lawrence County, Kentucky, as Timothy Tyler Childers. His hometown keeps on serving as a great source of inspiration for him. He tells the stories of simple working-class people in his lyrics.

His mom worked as a nurse. His dad was employed in the coal industry. The boy joined the local church choir. When he was around 13, he learned to play guitar.

Tyler enrolled in a university and then a college but quit both. He focused his efforts on music and began to earn his daily bread with odd jobs.

His debut album saw light in 2011 but passed below the radars of a large audience.

In 6 years, the sophomore album followed suit, called Purgatory. That was a breakthrough that enabled its author to win American Music Honors & Awards next year as an Emerging Artist.

In 2019, Tyler delivered his third album. Its top banger, All Your'n, was nominated for Grammy Awards.

His fourth album hit streaming services in 2020 and turned out to be special. Firstly, the musician had never announced this record. Secondly, it was called Long Violent History and was focused on such social issues as racial prejudices, the cruelty of policemen and civil turmoils. Thirdly, the title song was accompanied by a powerful video where the singer encouraged his listeners to be more empathic. Fourthly, Tyler transferred all the money that he earned on this album to lesser-privileged communities in the Appalachian region. He did it through a fund that he founded himself.

His most recent album so far was released in 2022. It was divided into three parts, each of which interpreted the songs in a unique way.

Tyler's discography features five studio albums, 4 EPs and 5 singles. One of his best songs is called Angel Band. When he releases a new album, he typically embarks on a tour that includes Kansas City, Chicago, Arkansas, New Orleans and other locations where fans of country music live. Tickets often get sold out during the presale.

In 2015, the star tied the knot with a fellow singer and songwriter named Senora May. Just like her husband, she was born in Kentucky. In spring 2022, the couple informed their audience that their first baby was supposed to be born at the end of the year.