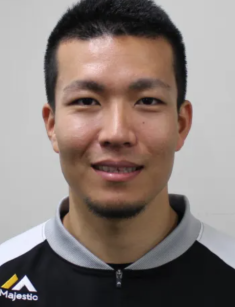 Kodai Senga, who was born on the 30th of January 1993, is a Japan-native baseball player. He is currently a free-agent pitcher. Kodai is better known for playing in Nippon Professional Baseball, where he debuted back in 2012. Now he is heading to the MLB. Kodai is of Japanese nationality and Asian ethnicity. It is known that Kodai is 186 cm tall and has a weight of 86 kg.

Not much is known about Kodai's childhood, youth, and family. He spent his entire childhood in his hometown, Gamagori, in Aichi. Kodai was raised with his siblings. In Gamagori, he completed both his junior and high school education.

Kodai's professional career got underway on October 28, 2010, when the Fukuoka Softbank Hawks selected him in the draft. He developed into a player.

His career continued, and throughout the 2011 and 2012 seasons, he primarily participated in exhibition games against other organizations while also playing for amateur baseball teams. On April 23, 2012, he nonetheless agreed to a 4.4-million-yen deal as a registered player under management with the Fukuoka SoftBank Hawks. His first achievement came in the 2013 campaign when Kodai set the Pacific League record for consecutive non-running innings by a relief pitcher (34 1/3 innings).

He won the 2017 Pacific League win percentage% leader award after finishing the regular season with a 13-4 record, 2.64ERA, and, 151 strikeouts in 143 innings(a (0.765 win percentage). The athlete sought to negotiate with the Hawks in 2019 to be transferred to a Major League Baseball team, but the talks fell through.

The Hawks missed the playoffs in 2021 for the first time since 2013, and Kodály sustained a number of illnesses. He did, however, manage to compile a 10-3 record in 13 contests, a 2.66 ERA, and 90 strikeouts in 84.2 innings. He agreed to a 5-year deal with a waiver during the off-season since Kodai would be an international free agent following the 2022 season.

Even though Kodai is a pretty low-key guy, he is an active user of Instagram. It has over 270k followers, implying that Kodai's net worth is at least one million dollars. He often takes various pictures of himself traveling with his friends, as well as pictures of food and nature. Kodai has no girlfriend or children. By the way, nothing is known about his past relationships. Sportsman is a patriot of his native Japan, where he still resides.