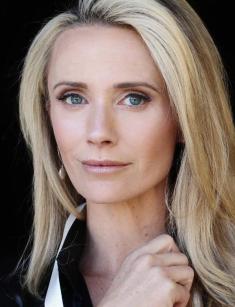 Jennifer Lynn Siebel Newsom, who was born on the 19th of June, 1974, is a California-born American filmmaker and actress. She is known for not only starring in various movies but also for being the first lady of California and San Francisco. Jennifer is also the wife of California Governor Gavin Newsom.

Jennifer was born in San Francisco, one of the biggest California cities. Her parents were Kenneth, who worked as an investment manager, and Judy Fritzer; who is a founder of the Bay Area Discovery Museum. Even though Jennifer was born in San Francisco, she spent most of her childhood in Ross, California. When Jennifer studied at school, she loved playing sports (such as basketball, tennis, and soccer). One of the four sisters, Stacy, tragically died when Jennifer was six.

After completing her high school education, she enrolled at Stanford University, where she studied acting and the arts. After years of education there, Jennifer successfully graduated from Stanford with a bachelor of arts. By the way, when Jennifer studied there, she played for a university's soccer women's team.

Jennifer's movie career started back in 2002 when she first moved to Los Angeles. She began appearing in a variety of films, TV shows, and theater productions. Jennifer got roles in such projects as Life, Strong Medicine, and Mad Man. Miss Representation, her first movie, premiered at the Sundance Film Festival. Her first book gained a lot of positive reviews. In 2022, Jennifer even took part in creating a "Fair Play" documentary movie. Jennifer was always fighting gender stereotypes, so she founded The Presentation Project, a similar organization.

In the 2000s, Jennifer was known as George Clooney's girlfriend. But in 2006, she met her future husband, Gavin Newsom. They married after only two years of dating. The couple has four children. Thanks to being California's governor's wife, she became the first lady of the state in 2019. In 2008, Jennifer was the first lady of San Francisco. Now Jennifer resides in Fair Oaks, CA, along with her family members. By the way, since 2022, she has been an accuser of Harvey Weinstein. As she said in court, this man raped her in a hotel room.