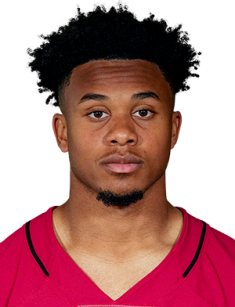 Rondale Moore, who was born on June 9, 2000, is an Indiana-native football player. Currently, he plays for the NFL's Arizona Cardinals as a wide receiver.

Rondale was raised in New Albany, which is located in Indiana. Interestingly, he spent his entire childhood playing basketball with famous basketballer Romeo Langford, who lived on the same block. Rondale studied at the public high school in New Albany and then enrolled at Purdue College.

Rondale's career started in college. Rondale set a record for the most all-purpose yards in program history with 313 in his first game with the Boilermakers and first game ever. He ran 76 yards for a touchdown in that same game to tie the score at 14-14. In the end, the Boilermakers were defeated. On September 3, 2018, Rondale was named the Big Ten Conference's co-freshman of the week. In September 2018, he was named Big Ten Freshman of the Week for the second time. He received his fourth Big Ten Freshman of the Week award on November 25, 2018.

The Arizona Cardinals then picked Rondale with the 49th overall choice in the second round of the 2021 NFL Draft. On June 9, 2021, he agreed to a four-year rookie deal with Arizona. Rondale was the fourth wide receiver on the Cardinals' depth chart heading into the 2021 season. In the second quarter of his second professional game against the Minnesota Vikings, Rondale caught a 77-yard throw from Kyler Murray for his first NFL touchdown. He had 54 receptions for 435 yards and one touchdown by the season's end.

Rondale is a very low-key footballer. As it seems, he is fully focused on his sports career, so he is not in a relationship and never has been. Rondale has an Instagram account with over 103k followers. He doesn't post that often, so we can't know much about his personal life.