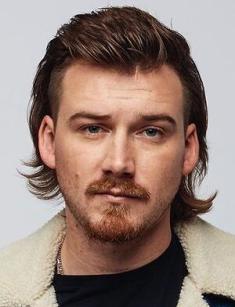 Morgan Cole Wallen, who was born on the 13th of May, 1993, is a Tennessee-born musician, songwriter, and country singer. Morgan is better known for competing in The Voice (6th season). Morgan is of white ethnicity and American nationality.

Morgan is from Tennessee; his hometown is the city of Corryton. He was raised in a middle-class American family by Lesli and Tommy Wallen. During his childhood, Morgan loved playing the violin and piano. He was also very interested in sports. He even played on a college basketball team, but after the trauma he got during the game, Morgan decided to focus more on music.

Morgan joined Big Loud Records in 2016 and put out his first single, "The Way I Talk." The song "Preachin' to the Choir" by A Thousand Horses was co-written by him. He released a music video for "The Way I Talk" in April 2017. If I Know Me, Morgan's debut album was released on April 27. He debuted "More Than My Hometown" to country radio on May 27, 2020, as the lead song off his forthcoming second studio album. Three songs Morgan had been working on up until this time, including "One Thing at a Time," "Tennessee Fan," and "Days That End in Why," were included in a sampler issued by Morgan on December 2, 2022, under the title One Thing at a Time.

Morgan participated in Season 6 of The Voice in 2014, first on Usher's team and then on Adam Levine's squad. He was dismissed during the postseason. He started working with Atom Smash's Sergio Sanchez while in California for his appearance on The Voice. Sanchez brought Wallen to Panacea Records' Bill Ray and Paul Trust.

As of 2022, Morgan is not married. Previously, he dated KT Smith, and they even have a child that was born back in 2020. In a video that was made public in February 2021, Morgan is heard using the n-word. His record company temporarily suspended him as a result of the event, and some important American radio stations stopped playing his songs. Despite the criticism, Wallen's songs saw a spike in popularity after the event.

The discography also includes numerous singles, such as "Up Down," "Sand in My Boots," and "You Proof," as well as collaborations with other celebrities (Lil Durk, Julia Michaels, Diplo, and Ernest).

Throughout his career, Morgan went on these tours:

Morgan has received the following awards and nominations during his musical career: