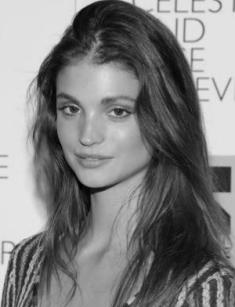 Charlbi Dean Kriek who was born on February 5, was a South African actress and model. She is famous for portraying Amanda in the 2010 South African comedy-drama movie "Sprud" and Yaya in the 2022 Swedish satirical black comedy movie "Triangle of Sadness."

The actress was born and spent the majority of her life in Cape Town, South Africa. Her parents' names are Joanne and Johan. Charlbi was raised alongside her only brother, Alex. She started her modeling career at the age of twelve and was homeschooled since then because of her busy schedule.

Dean debuted on the big screen in the 2010 comedy movie "Sprud", directed by Donovan Marsh. The movie was based on a novel by South African writer John van de Ruit. The actress also starred in the movie's sequel, which came out in 2013.

After a string of appearances in smaller movies, she was cast as Syonide in the American superhero drama television series Black Lighting. It was Charlbi's debut on television and her first recurring role.

In 2022, the actress starred in the Cannes Film Festival hit "Triangle of Sadness". The movie received an eight-minute applause during its premiere. Many critics wrote that Dean has big potential and is destined to become a film star. Unfortunately, her death occurred before the movie was released to the general public.

In 2018, the star began a relationship with her boyfriend Luke Volker, who is a South Africa-born model and actor. The couple got engaged just four months before the actress passed away. Charlbi's fiancé reacted to her death by posting a heartbreaking tribute on Instagram, in which he referred to her as "the girl of my dreams".

In 2008, Dean survived a horrific car crash, which resulted in multiple life-threatening injuries. She underwent a surgery and got the signature scar that she proudly showed off in fashion shows.

On August 29, 2022, Charlbi was rushed to a hospital in New York. Despite the doctor's best efforts, she was pronounced dead several hours later. The actress's death caused a huge controversy when some anti-vaxxers claimed she passed away from the COVID-19 vaccine. Charlbi's brother addressed the statements by sharing that autopsy results revealed his sister's cause of death was a lung infection. It was complicated by the loss of her spleen, which was a result of the car accident she survived.

Dean's boxer trainer revealed that the star never complained about her health and was in good physical shape. He also added that she was scheduled to have a boxing training session with him on the day of her death, but canceled it at the last minute.