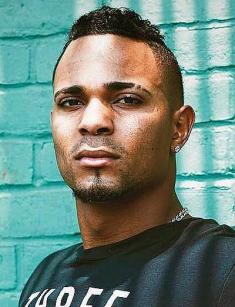 Xander Bogaerts who was born on October 1, 1992 is a professional baseball player. Originally from Aruba, he is a shortstop for the San Diego Padres of Major League Baseball. From 2013 until 2022, Xander played for the Boston Red Sox.

The NBL star was born and raised in San Nicolaas, Aruba. His parents' names are Sandra and Jan. Xander's father left the family three years after his twin sons were born and relocated to Hong Kong. The player was raised by his mother and uncle alongside his twin Jair and sister Chandra. The star's brother also plays baseball.

At the age of 16, Bogaerts was scouted by the Red Sox. He made his debut with the Dominican Summer League a year later.

In 2011, he began playing for the Greenville Drive of the South Atlantic League, where he hit 16 home runs in 72 games. After staying with the team for one season, Xander joined the Portland Sea Dogs of the Eastern League.

In 2013, the shortstop made his NBL debut with the Boston Red Sox in a game against the Giants. Xander was the fifth native of Aruba to play in the NBL. In 2014, he became the team's starting shortstop.

In April 2019, the player and the Red Sox agreed on a six-year, 132-million-dollar contract extension.

On August 2, 2020, Xander had four hits with two homers and three RBIs during the game against the New York Yankees. His overall stats for the shortened season were eleven home runs, twenty-eight RBIs, and eight stolen bases in fifty-six games.

The star shortstop became a free agent in November 2022. Several teams were interested in acquiring the player, including the Cubs and the Angels. On December 7, news outlets reported that he had agreed to an 11-year contract with the San Diego Padres worth 280 million dollars. His former teammate Chaim Bloom expressed his disappointment that the Red Sox couldn't keep the face of their franchise.

The player represented the Netherlands as part of the country's national team. He was the team's shortstop in the Baseball World Cup (2011), which turned out to be victorious. Xander also played for them in the World Baseball Classic (2013 and 2017).

Since 2010, the shortstop has been in a relationship with a former beauty pageant contestant Jarnely Martinus. While she is often referred to as Bogaerts' wife, the player is yet to confirm they are officially married.

Besides English and Spanish, he also speaks Dutch and Papiamento.

Xander is good friends with fellow baseball star Mookie Betts, whom he considers his "little brother".

The shortstop became a World Series champion two times. From 2015 to 2022, he earned five Silver Slugger Awards. Xander is also a four-time All Star.