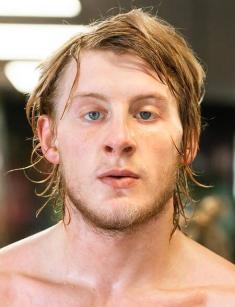 Patrick "Paddy" Pimblett who was born on January 3, 1995 is an English professional mixed martial artist. Also known by his nickname "The Baddy", he currently competes in the Ultimate Fighting Championship's Lightweight division.

The star was born and raised in Liverpool. His parents' names are Jackie and Mark. Paddy prefers to keep his family life out of the spotlight, so information about their age or occupation is not available. He also has a sister named Kristy and a brother, whose name he never disclosed.

Pimblett takes pride in being a native of Liverpool and his scouse accent. He mentioned that if he ever makes as much money as Conor Mcgregor does, he will give it back to his city of birth. Paddy also said that he feels more loyalty to his city than to his country.

The future UFC star has been passionate about mixed martial arts since his childhood, and watching the fights was one of his favorite pastimes. At the age of fourteen, he joined the oldest mixed martial arts school in Liverpool, Next Generation MMA. Pimblett made his professional debut three years later in a fight against Nathan Thompson. He soon signed with the Cage Warriors promotion group.

In 2016, he became the Cage Warriors featherweight champion. In 2021, the fighter finally agreed to a contract with the UFC after previously rejecting their offers two times. Pimblett also signed a deal with the website Barstool Sports to become their brand ambassador and content creator. The deal was worth over 1 million dollars.

From March to December 2022, Paddy won three times, including a fight against Jared Gordon on December 10th. He sustained a severe ankle injury during the second round, but managed to defeat Gordon nevertheless.

The fighter also runs the YouTube channel "Paddy The Baddy", where he interviews fellow fighters, including Brendan Loughnane and Chito Vera.

Paddy is engaged to a woman named Laura Gregory. She was his girlfriend for around 8 years before the fighter proposed to her in 2020.

Pimblett is close friends with female fighter Molly McCann, whom he considers his "big sister". The two are seen together so often that people often think they are actual siblings.

Paddy became an avid proponent of open conversations about mental health after he lost a friend to suicide. He also developed a close relationship with his young fan, Baby Lee, who suffered from a rare form of cancer and eventually passed away.

In August 2022, Pimblett had a conflict with fellow mixed martial artist Bobby Green, who challenged Paddy to fight him. In the same year, he also had a beef with sports journalist Ariel Helwani.

Paddy's mixed martial arts record is 20 wins out of 23 fights. He is also a three-time Performance of the Night award winner and CWFC Featherweight champion.