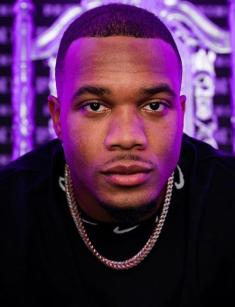 J'Kaylin "J.K" Dobbins, who was born on December 17, 1998, is a Texas-native NFL player. Currently, J'Kaylin is on the Baltimore Ravens' team as a running back. The footballer is also known for playing college football in Ohio until 2020.

J'Kalyin was born in Houston, which is a city located in Texas. He is from a middle-class family that consists of his dad, Lawrence Dobbins, and mom, Mya. Interestingly, his dad was also a running back. Unfortunately, he died when J'Kaylin was about 16.

J'Kaylin first started playing football in high school and then in college. J'Kaylin rushed for 181 yards on 29 carries in his first game for Ohio State in 2017 against Indiana. Despite Mike Weber, the returning 2016 Big Ten Freshman of the Year, is out with an injury, J'Kaylin was given the start. He became just the fourth freshman in Ohio State history to surpass 1,000 yards of rushing in a season during his rookie campaign, which saw him surpass 100 rushing yards in six different games. With his 174-yard MVP effort in the 2017 Big Ten Football Championship Game, J'Kaylin passed Maurice Clarett for the most rushing yards by a freshman. He established the freshman rushing record with 1,403 yards during a 24-7 Cotton Bowl Classic victory over USC.

In 2020, he joined the NFL. J'Kaylin made his NFL debut on September 13, 2020, against the Cleveland Browns. He had seven carries for 22 yards and two rushing touchdowns in a 38-6 victory. He tore his ACL in the final preseason game of 2021, and a few days later, he was put on injured reserve. He did not play the entire 2021 season and spent his downtime in rehabilitation. After missing the first two weeks of the 2022 season, J'Kaylin was given the all-clear to serve as the starter regularly. He experienced a second knee injury, though, in Week 6, and on October 22, 2022, he was put on injured reserve. On December 10, 2022, he was activated from the injured reserve.

Not much is known about J'Kaylin's personal life. He has no girlfriend. At least, he never talks about his relationships in public. The footballer has an Instagram account with over 252k followers. On this platform, he often posts photos or videos of his training, and that's it. He never posts about his family, friends, or what he does when he has free time. Nevertheless, his net worth is about half a million dollars.

Here is the list of achievements that J'Kaylin received throughout his sports career: