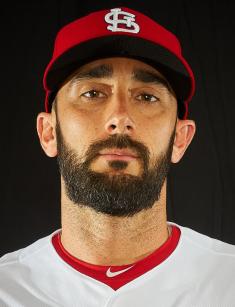 Matthew Carpenter who was born on November 26, 1985 is an American professional baseball player. He currently holds the position of infielder for the San Diego Padres. Matt spent most of his career with the St. Louis Cardinals. He also had short stints with the Texas Rangers and the New York Yankees.

The MBL star was born, raised and attended college in Texas. His hometown is Galveston. Matt's father, Rick, played baseball in college and eventually decided to pursue a career as a coach. His mother, Tammie, briefly played softball. The infielder also has a sister and a brother, who is in the sport as well.

After his graduation from high school, the player committed to Texas Christian University, where he joined the Horned Frogs team. The player's junior season ended early after Matt sustained a severe injury, which required a long rehabilitation period. During his time in college, Carpenter also had trouble with discipline and weight.

The unfortunate start of Carpenter's career in college threatened his future as a professional player, and he had little leverage in negotiating his contract with the Cardinals. The team picked Matt during the thirteenth round of the 2009 draft. His signing bonus was just one thousand dollars. Carpenter played for the team for eleven years. In 2013, he represented the Cardinals during his 1st All-Star appearance. Matt was also named to All-Star in 2014 and 2016. At the end of his contract with the team, Carpenter became a free agent.

In 2022, Matt went to spring training with the Texas Rangers. As a minor league player, his total stats with the team were batting .275 with six home runs over twenty one games. The infielder and the Rangers parted ways as Matt realized he would not be promoted to the majors as he hoped.

In May 2022, the player and the Yankees agreed to a short contract. Matt was the 1st player to hit six or more home runs in his first ten games with the Yankees. He primarily was a utility player. In August, Matt suffered a foot fracture that kept him out of the field for a few months. The team's manager, Aaron Boone, anticipated that the infielder would come back to the team, but Carpenter decided to leave the Yankees.

In December 2022, the news emerged that Carpenter reached an agreement with the Padres. His one-season contract includes a three million dollar signing bonus.

In December 2011, the infielder married his high school girlfriend, Mackenzie Detmore. The couple has two children.