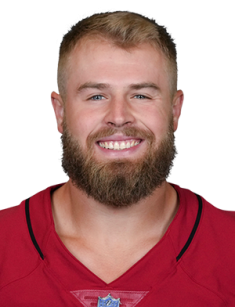 Chris Streveler is an American football star for the New York Jets of the National Football League. He's a quarterback.

The future celebrity was born on January 6, 1995, in Naperville, Illinois.

Chris's parents' names are Erik and Christine. Apparently, he doesn't have siblings.

Chris used to be a prominent sportsman at college. He got higher education in the sphere of sports management. His stats were always impressive. Feel free to check his ESPN page to get access to the most recent data.

In 2018, Chris remained undrafted during the NFL Draft. He joined Winnipeg Blue Bombers and began to perform in the Canadian Football League. For this league, he turned out to be the first quarterback in 24 years to begin playing immediately after graduation.

In 2020, he signed a contract with the Arizona Cardinals. The Miami Dolphins and Tampa Bay Buccaneers were interested in him as well. The same year, he debuted in the NFL — and it was one of his paramount career highlights.

The next year, Chris joined the Baltimore Ravens practice squad.

In 2022, he switched to Miami Dolphins but left them in a few months.

His current team is the New York Jets. He signed with them in 2022 and showcased brilliant performance in the pre-season. However, strange news hit the headlines in a short while: "Did Streveler get cut by the Jets?". He did indeed. He remained with this team's practice squad.

Through his two seasons in the NFL, Chris earned over $1.1 million. That's quite an achievement, given that his salary with the Bombers was unlikely to be too generous. Today, his annual salary is reported to be $207,000 and his net worth is estimated to be $5 million. Hopefully, Chris's further achievements will be even more stunning and he'll be shining bright in the active roster!

The star's current girlfriend is Taylor Lavonne. They haven't officially tied the knot yet, so it would be premature to call them husband and wife. The couple doesn't have kids. Chris didn't have children with any other lady either.

In 2016, Taylor got a diploma in nursing in South Dakota. Soon, Chris relocated to this state from Minnesota. A funny fact: he shared the locker room with the guy whom his future girlfriend was dating then.

Chris's fans don't know for sure when his romantic relationship with Taylor began. It's a proven fact that in the spring of 2022, both went to Chicago and posted their inaugural photos together on social media.

Taylor is a gorgeous-looking blonde who enjoys working out, traveling and being photographed. She doesn't limit herself to conventional indoor fitness sessions: she's also good at skydiving, golf and snowboarding. In her Instagram, you can discover a lot of pictures that show her exploring splendid landscapes: oceans, lakes and deserts.