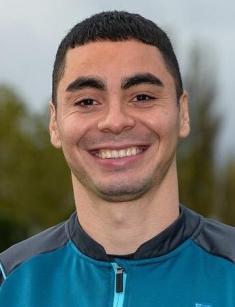 Miguel Angel Almirón Rejala, who was born on February 10, 1994, is a Paraguayan-born professional football player. He is better known for being an attacking winger in the Newcastle United team under the 24th number. His senior careers include Cerro Porteno, Lanus, and Atlanta United.

Miquel is from Asunción, Paraguay. He came from the middle-class family of his dad Reuben, who worked as a security guard, and his mom Sofia, who was an ordinary cashier in the grocery store. Miquel was raised along with his other five siblings in a small house, sharing his bed with mom when he was little. Since his parents couldn't afford him toys, he always played outside and often kicked the ball with other kids. He studied first at primary school, where he started playing football. Then he started training with Club 3 de Noviembre.

Miquel started playing at Cerro Porteno before switching to Lan's in 2015. He signed the contract with Atlanta United for $8 million after winning the 2016 Argentine Primera División. In both of his seasons in Major League Soccer, he received honors such as MLS Newcomer of the Year and inclusion in the league's Best XI. He signed for Newcastle for £21 million, a club record and the biggest sum ever paid for an MLS player, after helping Atlanta win the MLS Cup in 2018. Almirón represented Paraguay at the Copa América in 2016, 2019, and 2021 after making his international debut for the nation in 2015.

Additionally, Miquel participated heavily in the Paraguay under-20 national team's second-place finish to Colombia at the 2013 South American Youth Football Championship in Argentina. Later that year, he was selected to represent Paraguay at the 2013 FIFA U-20 World Cup in Turkey, where they advanced to the round of 16.

Miquel is a married man; he married Alexia Notto back in 2016. They welcomed their first child, a son, in 2021. Also, Miquel is very religious and believes in Christianity. Interestingly, the only tattoos on the arm are religious quotes. Miquel owns a huge house where his family lives near the place he was raised. Also, he has an Instagram account with over 860,000 followers. Here, Miquel often shares family and vacation photos.

Here is the list of honors that Miquel received throughout his football career: