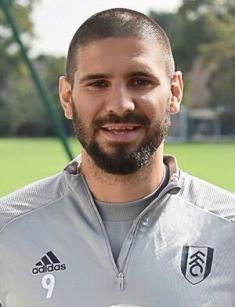 Aleksandar Mitrović, who was born on September 16, 1994, is a Serbian-born footballer. Aleksandar is best known for playing as a striker for the Serbian national team and the Premier League's Fulham.

Aleksandar was born in Smederevo, Serbia. He was raised along with his brother, Milan. Aleksandar came from a middle-class Serbian family; his parents are Natasha and Ivica. Unfortunately, not much is known about them. During his childhood, he loved playing football in the backyard; Aleksandar was a huge fan of the Newcastle football club.

He began his playing career with Partizan before moving on to play for Teleoptik before turning professional. In his first season, he was a regular on the squad that won the Serbian Superliga. According to UEFA journalists, the football player was among the top 10 young talents in Europe at the age of 18. After that, he joined Anderlecht for a then-club record sum of €5 million, where he spent two seasons scoring 44 goals in 90 games across all competitions.

On June 27, 2012, Aleksandar signed his first professional contract with Partizan for four years. He made his debut for the club in a Champions League qualifier against Malta, scoring a goal nine minutes after coming on as a substitute.

Aleksandar was sold to Anderlecht on August 12, 2013, as requested by the player and his family, and he would begin playing for the Belgian team on August 30. This news came after much rumor-mongering. It was a 5 million euro transfer.

On July 21, 2015, Aleksandar joined Newcastle United on a five-year, £13 million deal. On August 23, after being suspended for the first four matches of the season as punishment for a red card, he made his debut in the League Cup.

On July 30, 2018, Aleksandar signed for Fulham permanently for an initial fee of £22 million.

The football player's wife, Kristina Janic, gave birth to two children with him. All of his life, he has supported Partizan and Newcastle. He missed three crucial matches in February 2021 as a result of a positive COVID-19 test and the subsequent postponement of quarantine.

Here is the list of honors that Aleksandar received throughout his football career: