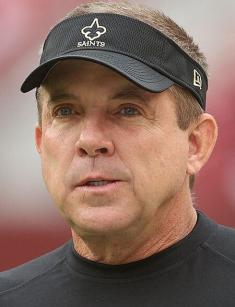 Sean Payton, who was born on December 29, 1963, is a California-native football coach. He is also known as a former quarterback and played for such teams as the Chicago Bruisers, the Ottawa Rough Riders, the Chicago Bears, and others.

Sean is from San Mateo, a city that is located in California. Even though he was born there, Sean spent his entire childhood in Illinois, Naperville. His parents were Thomas and Jeanne, who were Pennsylvania natives. While his parents worked in the insurance business, he studied at a public school in Newtown Square. In the high school he attended in Naperville, he started playing on a local football team as a quarterback. Then he attended a university in Illinois and became a member of Sigma Chi.

Sean attempted to sign with the Kansas City Chiefs even though he was not chosen in the 1987 NFL Draft. Later, he participated in the Arena Football League's inaugural season as a quarterback for the Chicago Bruisers and Pittsburgh Gladiators before being traded for $1,000 to the Ottawa Rough Raiders of the Canadian Football League.

Sean participated in the 1988 season of the UK Budweiser National League with the Leicester Panthers. He was chosen to be the Panthers' opening-day quarterback. after he came back to America to start working as a coach.

At San Diego State University, Sean started his coaching career in 1988 as an offensive assistant. Before accepting a position as the quarterback's coach with the Philadelphia Eagles in 1997, he held several assistant coaching positions at Indiana State University, Miami University (where he served as the offensive coordinator), Illinois, and once more at San Diego State (where he served as the running backs coach).

Sean joined Fox in 2022 to work in the studio after leaving his position as the Saints' head coach. He eventually joined the Fox NFL Sunday panel to cover Jimmy Johnson's absences. Before taking the position, he was reportedly in discussions to join Amazon's NFL coverage.

Sean is an Irish Catholic. His first wife was Beth Shuey, whom he met while coaching at the university. They welcomed two children, a son and a daughter named Megan and Connor. After the birth of a son in 2000, the family moved to Louisiana, and after a decade, to Dallas. In 2014, Beth and Sean divorced. And in late 2019, Sean got engaged to Skylene Montgomery.

Here are the essential highlights of Sean's football career throughout his life: