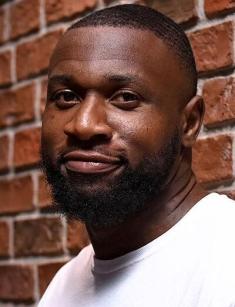 Yannick Nicolas Ngakoue, who was born on March 31, 1995, is a Washington-native footballer. Yannick is best known for being a defensive end for the Indianapolis Colts football team under the 91st number.

Yannick played for such teams as the Las Vegas Raiders, Minnesota Vikings, Jacksonville Jaguars, and Baltimore Ravens. He was first drafted in the 3rd NFL round by the Jaguars in 2016.

Yannick is from Washington, D.C. Not much is known about Yannick's family background. He was raised by his mom, Marlene Chantelly, who is from the West Indies, while his biological dad was from Cameroon. During his childhood, Yannick studied at a public school in his hometown, where he already played on a local football team. Interestingly, one of his teammates was Eddie Goldman. As many sources say, Yannick's childhood was rough, and his mom is the reason why he has so many achievements now since he was raised only by her. After completing his high school education with good marks, he switched to Maryland.

From 2013 to 2015, Yannick played college football. He attended the University of Maryland College Park and played for the Maryland Terrapins in the NCAA FBS Division I.

Yannick first joined the Jaguars in 2016, when they picked him in the third round of the NFL draft. He got the 69th number. In 2019, he decided that he wouldn't play with the Jaguars anymore.

In 2020, the Vikings agreed with the Jaguars that they'd get Yannick for their team. He expected to be here from the second round of 2020 until the fifth round of 2021. To be able to play for the Vikings, who had little cap space, Yannick agreed to a pay cut of $12 million instead of $17.8 million.

In October 2020, Yannick switched to the Ravens after many failures on the field.

In 2021, Yannick agreed to join the Raiders for 26 million dollars.

Since 2022, Yannick has been in a relationship with Maria Perez, who is a TV personality. In 2019, he dated Cassie Ettel, but then they split up.

Here is the list of Yannick's most essential career highlights.