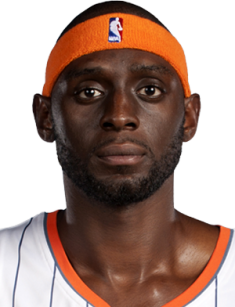 Darius Miles, who was born on October 9, 1981, is an Illinois-native basketball player. Darius is best known for being a forward in the Los Angeles Clippers. First starting playing basketball in high school, Darius was picked in the first round of the NBA draft back in 2000. He also played basketball for such teams as Cleveland Cavaliers, Portland Trail Blazers, and Memphis Grizzlies.

Darius is from Belleville, Illinois. Not much is known about his childhood background. The young basketballer studied at the high school in East St. Louis, the city where Darius spent his entire childhood. Darius was raised by his mom, Ethel, who worked as a school bus driver, and by his dad, Gilbert. Darius is the only child in the family, but he shared his home with his grandparents and other relatives.

Darius started his professional journey while studying in high school. He played in a local team until Los Angeles Clippers picked him in the first round of the NBA draft that was in 2000. He was moved to the Cleveland Cavaliers after the 2001–2002 season, where he played for them for one and a half seasons until being sent to the Portland Trail Blazers. He had a serious right knee injury during the end of the 2005–2006 campaign. He participated in his 40th and last game of the season a few days later. Darius underwent microfracture surgery to treat his injury, which caused him to miss the whole NBA seasons of 2006–07 and 2007–08. He signed a contract with the Memphis Grizzlies on December 13, 2008. To save up salary space, the Grizzlies gave up their rights to Darius on July 9, 2009. On April 13, 2009, he participated in his final NBA game, in which the Phoenix Suns lost 110–119.

Darius is also an actor, by the way. In The Perfect Score (2004), he played a high school basketball player who must obtain a certain SAT score to enroll at St. John's University, a position that was quite similar to his own after graduating from high school. Along with Quentin Richardson and Michael Olowokandi, who were then colleagues on the Clippers, he also had an appearance in National Lampoon's Van Wilder (2002). Darius also had an appearance in the 2004 film The Youngest Guns, which examined Miles and Richardson's early NBA careers.

As of 2023, Darius owns a house in his hometown, Belleville, and still resides there. Also, since 2005 he is married to Brandi Nash. The couple still has no kids.

Darius was detained at St. Louis Airport on August 3, 2011, for attempting to carry a loaded rifle into an airliner. In 2009, he was arrested for marijuana possession and driving a car with an expired license.

Here is the list of achievements that Darius received throughout his basketball career: