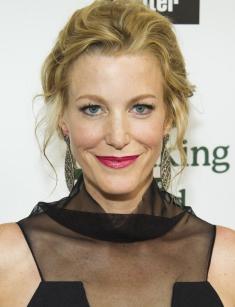 American actress of theater and cinema Anna Gunn was born on August 11, 1968 in Santa Fe, USA. She spent her childhood and youth in New Mexico state. After school she entered the Northwestern University, in 1990 graduated from it. Anna's television career began two years later.

Anna Gunn first appeared on the screen in the series "Fox Down the Shore" in 1992. Unfortunately, the project was not commercially successful, and after the second season the producers closed it. During the next five years she played almost 30 roles, but they were all small. Anna appeared in the series "Emergency Room", "NYPD Blue" and others. In 1997 she was invited to the role of second plan in the series "The Practice". She participated in it until 2002. The first serious role in the career of Anna Gunn was in 1998, when she starred in the blockbuster "Enemy of the State." After that, she was offered the main role in the thriller "Without Evidence". Her partner in the film was Angelina Jolie - at that time a little-known actress.

In 2004, the project "Deadwood" was released on the NVO channel, in which Anna played Martha Bullock. In 2006 this sitcom was nominated for the SAG award in the category "Best Actors". The screenwriter and producer of “Deadwood” was David Milch, whom Gunn met on the set of the drama "NYPD Blue". The beginning actress impressed Milch so much that nine years later he wrote a role specially for her.

In 2001 Anna Gunn starred in the movie "Nobody's Baby". The film was successfully released at the Sundance Film Festival.

One of the most notable works of Anna Gunn was the role of Skyler in the series "Breaking Bad". The actress brilliantly played the wife of a chemist and criminal authority. The series "Breaking Bad" was released in 2008-2013. In every season of the project Anna Gunn was shot. For this role, she was nominated for Emmy Award, Saturn and the Screen Actors Guild Award and in 2013 she received Emmy Award.

Now Anna Gunn is not married. With her husband, actor Neil Duncan, she broke up in December 2009. In this marriage, Anna gave birth to their two daughters: Emma was born in 2001, and Aila Rose - in 2006.

Anna says that in her spare time she likes to ride horses and climb the rocks - these are her hobbies since childhood. When she is at home, she eats green pepper and other organic vegetables from her garden with pleasure.

Anna Gunn has long lived in Los Angeles, but says that her heart is still in New Mexico, where she was born. 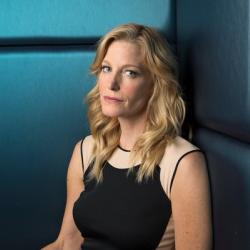