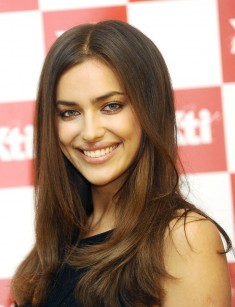 The name of Irina Shayk - the most beautiful Russian top model - is known to everyone who is interested in fashion and news of show business. It must be noted, the green-eyed beauty with magnificent hair always creates sensations and she is constantly in top of world news. Looking at her model career it’s surprising how a simple Tatar girl from a small town became one of the most famous models in the world.

Irina Shaikhlislamova - this is how the real name of this beautiful woman sounds - was born in January 1986 in Bashkiria. But soon after her birth the family moved to a small town Emanzhelinsk, which is located not far from industrial city Chelyabinsk.

Ira grew up in a simple family. Her mother was a teacher of music, and her father - Valery Shaikhlislamov - worked in mine. Also Irina has an elder sister Tatyana.

When the girl was 14 years old, the head of the family died from a serious lung disease. Irina’s mother and grandmother became responsible for young girls upbringing. They became a true example of hard work and dedication for the future star.

Irina Shaikhlislamova in her childhood was different from most of her friends: she was a beautiful child turned into a real beauty with an excellent figure. At the age of 14, Ira attracted a lot of attention wherever she appeared. But in her interviews she says that not everyone admitted her beauty. For some people she seemed too thin, tall and brown-skinned. For her exhausted look they called her “Plywood” and Chunga-Changa for her dark skin. Nevertheless, Ira has always been in the spotlight.

But, aside from exceptional beauty, the girl had other strengths. She studied well, was good at humanitarian subjects and graduated from music school.

Irina Shayk realized very early that she had all the necessary qualities to make a brilliant career. Therefore, after graduation, she left her home town together with her sister and went to Chelyabinsk. Already at the first course of the economic college, the employees of the Chelyabinsk image-club "Svetlana" drew attention to the girls with model appearance. One meeting changed the biography of Irina Shayk. The girl was offered to come to the agency, where she got interesting working proposals

Irina Shayk realized that fate sent her a wonderful chance to change her life for better. In the image club, the young beauty was taught the basics of modeling business. She could put on makeup, emphasizing her beauty, pick up clothes and found her own style. Soon the girl began to participate in beauty contests and win. The first height was taken when Ira was 18 years old. She became the winner of the regional beauty contest "Supermodel".

Victory brought her not only first and at that time big money (60 thousand rubles), but also the main prize: the agency paid Irina's trip to Moscow, where she was going to take part in the federal beauty contest and make the first professional photo shoot.

Irina Sheik demonstrated her business qualities, which, combined with her appearance, ultimately led her to the top of success. She terminated the contract with Svetlana, but went to the federal contest in Moscow. And not alone, but with an influential companion.

In the capital, the modeling career of Irina Sheik began to develop rapidly. The girl won the contest "Supermodel of Russia", made several photo shoots and made useful acquaintances. She did not return to her hometown.

Since 2005, Irina Sheik has been living abroad. She began to work in Europe and decided to conquer the US as well. There she changed her name to a catchy pseudonym Shayk. Every day the popularity of the model was growing, she was invited to photo shoots, and signed contracts.

In 2007, there was a key meeting in herlife with the president of the international model agency “Grace models”, Giya Dzhikidze, who opened the way to the fashionable Olympus to Natalia Vodianova. Thanks to him, a Russian beauty with Tatar roots appeared on the covers of the famous glossy magazines Elle Spain, Glamor Spain, Annabelle, GQ Spain, GQ South Africa, Jalouse and Bolero. But the main event of 2007 was the offer from Intimissimi brand, which represents elite lingerie. The girl became the face of the brand.

Irina got another significant victory in 2007 - after a fierce contest with many rivals Irina Sheyk, the first Russian model, appeared in Sports Illustrated Swimsuit Edition. The best photographers of the world Pamela Hanson, Steve Earley and Rennio Mayfredi worked with the model. Working with such professionals is an incredibly valuable experience for any model.

Irina's photos appeared on the covers of catalogs of the world's most famous lingerie brands: El Corte Ingles, Armani, Intimissimi, Guess, Oceano by La Perla, Triumph. But the model does not refuse to work with more democratic brands.

The model didn’t not miss a chance that fate gives to her. For example, she agreed to use her image in computer games. In the 18th part of the game "Need for Speed" Irina Shayk can be seen in the role of Mila Belova. Especially for her fans a film about the working moments of the game was released.

According to models.com, Irina Shaikhlislamova is on the 14th place in the list of the sexiest models of the planet. The star is worth 4 million dollars.

Irina Shayk, left her town, but never forgets about her homeland. In the media often appear her photos with her grandmother, mother and sister. In Emanzhelinsk people love and respect the famous model for her help. Shaikhlislamova is a generous philanthropist. She sponsors a maternity hospital, gives money to orphans and sick children.

Irina Shayk accepted the invitation to represent the country at the opening of the Olympic Games in Sochi in 2014. She was the placard bearer for the Russian team during the opening ceremony and was in costume of the Snow Maiden.

In the summer of 2014, the Russian top model debuted in the cinema. Irina Shayk starred in"Hercules" by Brett Ratner. She got the role of the wife of the main character - Megera. Her partner was Dwayne Johnson.

The debut was very successful, and in 2016, the actress again appeared on big screens in the film "Inside Amy Schumer."

The Russian star, like other famous people, likes to shock the public. It's not a secret that celebrities often attract attention to their personalities. For example, in 2015 Irina Shayk appeared on the red carpet of the Oscar in dress from the latest collection of the Versace fashion house. And everyone started talking about his absence.

In 2016 Irina Shayk effectively summed up the line at the end of the year. She took part in the underwear show of the famous Victoria's Secret Fashion Show. The show was held in December in the capital of fashion in Paris. She also visited Moscow, where appeared in a popular show "Evening Urgant", where she showed to Ivan Urgant and TV viewers her favorite fighting technique and a wonderful sense of humor.

Irina also has experience as a TV presenter. Shayk hosted popular TV show "RussianTop Model ", which was broadcast by the channel "U". But for unknown reasons the channel terminated the contract.

Irina Sheik is so popular in the fashion world that people try to emulate her. Not so long ago, everyone started talking about the young beauty Miranda Sheliya, who makes the first successful steps on the podium. The girl is very similar to Irina Shayk. There are rumors that Miranda made some successful plastic operations.

Irina Shayk's net worth is $15 million. Her primary source of income is her career as a model. (via celebsnetworthtoday.com)

Irina Shayk began romantic relations with the Portuguese footballer and famous macho Cristiano Ronaldo. They met in spring, 2010 at the photo shoot "Armani Exchange". The couple had relations during five years. It’s a huge period of time for show business and star couples.

There relations were so serious that Ronaldo introduced the girl to his mother. People began to talk about the wedding. The sportsman, as many expected, did not become the husband of the top model. There was a scandal, when Ronaldo had an affair with a waitress. However, Irina forgave him. But later Cristiano took his mother instead of Ira at one important event, and the girl was very upset.

The couple broke up after Ronaldo’s photos with Lucia Villalon. The proud model did not want to forgive Ronaldo once again.

Irina Sheik's personal life is constantly under scrutiny. The army of her fans discuss not only the slightest changes in model’s appearance, her outfits, figure and hairstyle, but also men of Irina.

In 2015, people began talking about relations of 29-year-old model with 21-year-old Justin Bieber. But this affair, like the romantic relationship with the Hollywood actor Dwayne Johnson and the famous racer Lewis Hamilton, turned out to be fiction rather than the truth.

But the relationship with another Hollywood actor - Bradley Cooper - is true. The couple started dating at the end of 2015. In 2016, the tabloids were full of headlines about their quarrels, breakups and reconciliations.

At the end of 2016, Irina Shayk and Bradley Cooper confirmed the pregnancy of the star. Attentive fans found convincing fact on the photo of the model, posted on her page in Instagram. They saw Irina’s rounded belly.

In December 2016, one of Irina’s friends told that Irina Shayk and Bradley Cooper were waiting for their first child in spring or early summer of 2017. Moreover, they even came up with the name of the baby. Charles if it will be a boy, Charlie if it will be a girl. So Cooper wanted to pay tribute to his beloved father.

In early June, 2019, there appeared information, that Irina Shayk at last parted with Bradley Cooper. There are gossips that Bradley has a love affair with the singer Lady Gaga. Earlier they took part together in the movie A Star Is Born. At present time Bradley and Irina decide questions on the custody of their child. Irina's ex-boyfriend Cristiano Ronaldo says that he's still in love with her. 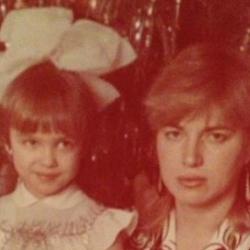