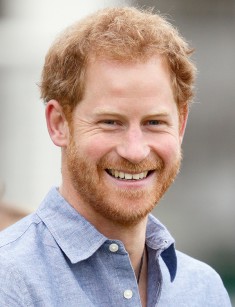 The most eligible bachelor of Great Britain, the successor to the throne, Prince Harry seems to be the personification of all girls’ dreams. He is very handsome, fit, tall, and courageous; he has wonderful red hair and wide ultrawide smile. The charm of the youngest child in the family, the most spoiled one, has always given his figure some naughtiness and appeal.

However, there are two sides of the same coin. During his youth, Prince Harry has messed things up and became involved in several serious scandals. For a long time, he was unlucky in love – his girlfriends would leave, unable to cope with all the requirements imposed on a potential partner of the crown prince. People all over the world were discussing whether the new relationship with an unknown in Britain American actress will be meaningful or remain just a torrid love affair.

Harry is the fifth successor to the throne and the second son of the royal family. Harry’s mother and father – Prince Charles and Princess Diana – saw the youngest playful son as the apple of their eyes. In his childhood, Harry was disobedient but charming. As his elder brother Prince William, Harry did not study privately – he went to an ordinary school with children of no royal lineage.

When his mother died in the accident, the boy was 12. Harry’s teenage years were stormy, not without violation of law and decency rules. He had situations of alcohol intake and smoking light drugs. The royal family were upset by the scandals. They could not deescalate the bursts of emotions and young thirst for impressions Harry had.

Prince Harry used to be caught red-handed with racist statements and xenophobia. Similar to many English people of his age, he did not even comprehend his remarks were wrong. He also drank alcohol and smoked weed in his youth.

The final nail in the coffin was Harry’s trick on Halloween when he appeared at a party wearing the military historical costume with a swastika on his arm.

After that, the prince apologized publicly to everyone who could be humiliated by his bad costume idea. He went to the army where he was expected as the second child of the royal couple. There, he grew up fast, yet his naughtiness never faded away. As an adult, he remains the prince whose photos can tarnish the reputation of the whole Windsor dynasty.

For example, his Las Vegas holidays became legendary – the photos of the naked prince accompanied by several half-naked girls of flash appearance spread over media outlets all over the globe. Still, youth is no vice. Young people tend to behave like this – even princes do.

Young princes are commonly known to receive military education and ranks, and their careers are connected with the army. Harry enlisted in the Air Forces and participates in operations in the Middle East. His comrades state he has taken part in risky operations for many times.

According to unofficial sources, Harry destroyed a leader of a large terrorist organization which resulted in threats the prince received from the terrorists. His security was reinforced, and the military tasks and operation participation degree of secrecy was increased.

The prince also demonstrates his best qualities which only improve year by year – Harry pays much attention to charity and always takes part in royal events; he participates in the public life of Great Britain and serves his people. Together with his brother and sister-in-law, they represent the new generation of rulers who are young, imperfect, but responsible and ready to serve their country for all their lives.

This is how it happened – as the youngest child, Harry has been allowed to bend the strict rules that the royal family follows.

Harry’s women are the special topic the media enjoy to discuss. Moreover, Harry himself regularly gives ground to spread rumors and speculations. He had many short-term affairs and complicated relationships, and several women stand out among his love conquests.

Chelsy Davy was Harry’s school friend. After a long separation, the grown-up children met in a different continent – Africa, where they fell in love and spent much time together. In the course of time, the couple was announcing about the serious intentions and splitting up after stormy arguments. All in all, during 6 years, the young people broke up three times. The wedding of Harry’s elder brother Harry and his partner Kate Middleton became the last straw.

It was a true royal ceremony that the whole world was watching, so the process and the participants’ actions were calculated and distributed to the accuracy of minutes. Chelsy could not stand this pressure, although she behaved appropriately. After the ceremony, she admitted that she was not ready to live all her life under the spotlight, so she left England for Africa where her father lived and broke up with Harry.

Poor Harry had nothing to do but accept the girl’s decision – he could not follow her at the end of the world and give up his responsibilities and duties pertaining to his origin.

After Chelsy, the prince had a long time-out in relationships. He could not find a suitable girlfriend, although he was dating models, singers, and noble women. At some point, he fell in love with the famous actress Emma Watson. The young woman was pleased with the prince’s affection, but their short affair brought no results.

In 2016, Harry began the relationship with the American actress Meghan Markle who starred in popular TV series. For a long time, they kept their affair in secret and announced it only in fall 2016. At the end of the year, journalists finally caught the couple – the photos of Meghan and Harry holding hands were spread all over the world.

As the couple’s representatives state, they appreciate the opportunity to have their personal relationship privately, almost disguised, but they do not want to hide from the press and feel comfortable to be together in public. Needless to say, the whole world watches the royal relationship.

At the beginning of 2017, the rumors had it that the couple’s relationship was serious. The dream of millions of girls will soon stop being a bachelor and get married. Harry has already introduced Meghan to his family members. The first person was his brother’s wife Kate – Harry and she are very close and he often listens to her opinion. The Duchess liked Meghan, and their meeting was warm.

For Markle, the most difficult task is still undone – Harry’s grandmother, the present Queen of Great Britain is said to be dissatisfied with her youngest grandson’s choice. She still believes that all successors to the throne should marry only people of the same social position. However, times have changed, and the new generation of the British royal is ready to do anything to marry for love. Whether Harry will make it will be known soon.

On the 19th of May, 2018 Prince Harry and Meghan Markle got married in St. George's Chapel at Windsor Castle in the United Kingdom. During her marriage, Meghan became Duchess of Sussex, Countess of Dumbarton and Baroness Kilkeel.

On the 6th of May, 2019 it became known, that Meghan give birth to their firstborn. The name of the couple's son is still kept in a secret. All the members of the Royal family have been informed about the birth of the new heir. 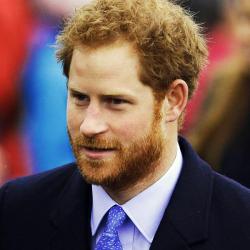