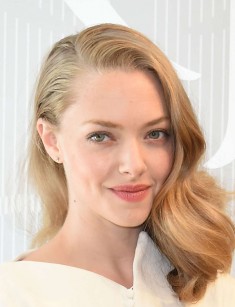 Amanda Seyfried is a popular American actress and a singer, best known for the films “Les Miserables” and “Dear John”.

Amanda Seyfried was born in 1985 in Allentown, Pennsylvania. Her parents worked in medicine. Her father Jack Seyfried worked in one of the pharmacies of the city, and her mother Anne Sander worked as a private psychotherapist. Also in the family the eldest daughter Jennifer was raised, who also chose a creative path and organized her own rock band "Love City".

Amanda Seyfried studied at William Allen High School, simultaneously studied at the theater studio and also she had a private vocal tutor who taught the girl the basics of opera singing. At age of 11, young Seyfried began her modeling career. She signed a contract with the international agency "Image" and advertised clothes for girls of various brands, members of the "Limited Too" alliance. After a while, Amanda began working with the agency "Bethlehem's Pro".

After she appeared on several covers of romance novels by writer Francine Pascal, she was invited to the New York agency "Wilhelmina", in which the girl worked until the end of her career in 2002.

At the age of 15, Amanda first appears on the television screen in the soap opera "As The World Turns", in which she starred in 27 episodes as Lucinda Mary Mantgomery. After that, the actress took part in 13 more television projects. In some of them she appeared only in one episode as a guest star, for example in " Law & Order: Special Victims Unit", " House M.D." and "CSI: Crime Scene Investigation ".

The most famous television series with Amanda Seyfried is the film "Big Love" in which she plays the girl Sarah - the eldest daughter of the Henrikson Mormon family. The series centers on this family. In total, five seasons were released, and Amanda participated in the first 4, as well as in the final episode of the latter.

Also it is necessary to note the youth detective TV series "Veronica Mars", which was very popular in America. Seyfried wanted to play the role of a young detective Veronica, but eventually she got another role - the best friend of the main character Lily Kane. According to the original scenario, Amanda should have had a short episode, but noticing the actress's talent, the creator of the film Rob Thomas shot her in 11 episodes of the film.

On the big screen Amanda Seyfried made her debut in 2004 in the youth comedy "Mean Girls", which tells about the life of high school students. The actress played Regina George, one of the most popular girls at school.

This role attracted the attention of the audience to the beginning film actress, and they watched her with interest in other films, in which she appeared. But the real popularity came to Amanda Seyfried after the release of the screen version of the musical "Mamma Mia!", based on the songs of the popular disco band "Abba". The film, which tells about the upcoming wedding of Sophie Sheridan, played by Amanda, turned out to be very romantic.

The actors sang all the songs and the released album with 17 songs from the film, topped the charts in more than 20 countries. Amanda Seyfried sang 8 songs, including the hit number 1 "Gimme! Gimme! Gimme! (A Man After Midnight) ". Also a music video of this song was shot.

The next big success in the acting career of Amanda Seyfried was the adaptation of Nicholas Sparks melodramatic novel "Dear John". The actress plays the role of Savannah Lynn Curtis, the girlfriend of young soldier John Tyrie, who marries another man. The role of John played Channing Tatum.

For her great dramatic play, Amanda was nominated for the Teen Choice Awards and MTV Movie Awards. It is interesting that the original title of the novel and the movie "Dear John" is a play on words. It is the name of the main character and also it is a stable expression, which means the girl's letter about the termination of relations.

In 2011 the actress played the main female role in the fantastic blockbuster "In Time", where the actress's partner was the popular singer Justin Timberlake. The film is based on the idea that in the future time will be the main currency of people, which allows the rich to live forever, and the poor do not live up to 30 years.

The most famous film with Amanda Seyfried is the British drama musical “Les Miserables”, based on the novel by Victor Hugo. The actress plays the role the famous girl Cosette, considered a French symbol of oppressed children, but already grown into an adult woman. As in the musical "Mamma Mia!", Seyfird again acted as a singer. Before the film the actress took vocal lessons, because in this film the musical parts were more complicated. In the musical she played both solo and collective parts. The film "Les Miserables" received "Oscar", and Amanda became the winner of "Satellite" award, as the best actress.

Besides two musicals the actress sang songs in such films as "Red Riding Hood", "Dear John" and "Ted 2".

Amanda Seyfried had several star relations, mostly with her partners in films. She was dating Mika Alberti, with whom she played in the series "All My Children", with Emil Hirsch, her partner in the criminal drama "Alpha Dog", with Dominic Cooper, another star of the musical "Mamma Mia!".

Latershe had at various times had short-term romantic relationships with actors Ryan Phillipp and Josh Hartnett. At the end of 2013 Amanda began dating the famous actor Justin Long. These relations were quite long, but in September 2015 the couple broke up.

Glossy magazines published a photo of the actress on their covers, and also called her one of the most attractive women. In 2011 People magazine put Amanda Seyfried in first place on the list of "25 most famous beauties".

At the same time the actress does not hide that she is always on a diet and is constantly training. Amanda told the journalists yoga, fitness and pilates is in the schedule of the actress. Slender figure of Amanda (the weight of the actress of 49 kg with the height 161 cm) is not a natural gift, but the result of exhausting trainings. The actress honestly tells about her own diets. Amanda does not want to have the image of an actress, which eats everything but at the same time looks perfectly. She is also against Photoshop on the covers of magazines. Therefore, Amanda stopped trying to get on the covers of magazines and shares photos in her own Instagram.

On March 12, 2017, Amanda Seyfried married the actor Thomas Sadoski. Actors had two years relations before marriage. And on March 24, the couple announced that Seyfried gave birth to a daughter.

The birth of the child was overshadowed by the scandal around Amanda Seyfried. Also in March, hackers stole and published personal photos of Amanda Seyfried and Emma Watson. The pictures of Watson showed the moments of fitting a swimsuit, and the photos of Seyfried were more intimate. There were photos of a naked celebrity, as well as Amanda's intimate photos, but not with her current husband Thomas, but with ex-boyfriend Justin Long.

The web sites quickly removed scandalous photos of the actress. Today these photos are hardly to be found on the Web, but the photos remain on users' computers, who downloaded them, and from time to tome appear on the Web again.

Seyfried did not comment on the situation, but, according to the press, the scandal did not upset her. In April 2017 the actress appeared for the first time after the birth of her child and, according to journalists, was glowing with happiness.

In 2017 Amanda Seyfried played Rebecca “Becky” Burnett in the cult series “Twin Peaks: Fire Walk With Me”, the sequel of the 1990 television series of the same name. The original "Twin Peaks" ended with an open finale, the killer wasn’t found, which allowed to make the continuation of the sequel after 27 years.

Also in 2017, Amanda Seyfried played the role of writer Anne, who wrote a biography of businesswoman Harriet in the tragicomedy "The Last Word".

Also in 2017, three films will appear with the actress in the main roles: the comedy “The Clapper”, the fantastic thriller “Anon” and the drama “First Reformed”.

In 2018 Amanda Seyfried will return to the role of Sophie in the musical sequel "Mamma Mia: Here We Go Again!", and also appear in the comic action movie "Gringo". Also today, the actress starrs in the comedy "Young Americans", the criminal film " The Girl Who Conned the Ivy League ", the comedy "Wonderful tonight", the drama "Three Little Words" and the comedy " The Social Life." 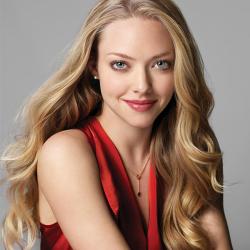