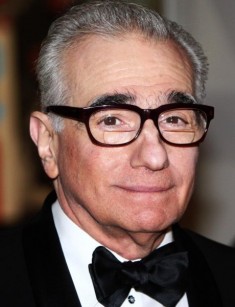 Producer and director Martin Scorsese was born on November 17, 1942, in Queens. The Sicilians lived in this criminal area of New York. He saw a dead body with a bullet in the head at the age of five. Murders were commonplace there.

Martin grew up in a family of zealous Catholics. His parents were peaceful people, and they brought up children in the same way. Martin Scorsese rarely went out into the street because he was a sensitive and affectionate child. Children teased him because he always drank pills as he had severe asthma.

He stayed at home alone throughout the day and spent the time watching movies and drawing favorite characters. Then he began to invent his characters. The teenager did not only invent characters but also carefully thought through the scenes, the development of the action. The director potential was born in him then. Scorsese was a devout Catholic and he was scared to think of the movie because he considered it to be sinful. He considered himself a sinner because the illness prevented him from attending several Masses.

At the age of 14, Martin entered the theological seminary in order to become a priest. But after 32 years he would shoot the scandalous movie "The Last Temptation of Christ", which shocked believers in many countries of the world. Martin Scorsese didn't manage to become the priest, then he entered the film faculty at the University of New York, and simultaneously he worked as an editor at the film studio.

He met Robert De Niro at some party, whom he knew from childhood as they grew up in one area. Although their acquaintance was short, over the years they became good friends. At that time Scorsese conceived a film about the wild and unrestrained life of the quarter where he passed his childhood.

In 1972 Martin Scorsese found the producer and shot the film "Boxcar Bertha" It revealed the theme of sins and their redemption that was the main idea of the producer’s work. But Scorsese became famous a year later when he realized his plan and shot a film about the life of the wild quarter with De Niro as the main hero. The film was called "Mean Street".

Their next joint work was the film "Taxi Driver", where Robert De Niro got the main role. This movie was popular with American youth. Three years later the chairman of the jury at the Cannes Film Festival accused the director of propagating violence. Nonetheless the film "Taxi Driver" received the "Palm d’Or" and "Oscar".

In 1978 Scorsese got seriously ill. Doctors diagnosed internal bleeding caused by taking drugs. At that time he thought about shooting the movie "Raging Bull." This film tells about the life of American boxer Jack LaMotta. Later the director said that the difficult project became the reflection of his inner state at that time of his life. The premiere took place four days after the end of the editing. This film was presented in 8 Oscar nominations and received 2 statuettes.

The project of Martin Scorsese's life was the film "The Last Temptation of Christ." The shooting was to begin in 1983, but a month before the “Paramount” film studio had refused to finance the project. It was the greatest disappointment for Scorsese. He dreamed of making this film for ten years, it took him five years to write a script. In 1988 Scorsese started the shooting. Although the "Universal" studio invested only $ 7 million in the project, the director was not embarrassed with the modest budget. He made a film of his life, which caused a lot of protests in different countries. In Greece public activists disrupted the screening of the film, in France they set on fire cinemas, in Russia they held protests, demanding to ban the movie.

In 1991 Martin Scorsese shot the film "Cape Fear" with a budget of 34 million dollars. Thriller was a great success, and he became a great director over a night. "Casino" is one of his famous works. This project became the masterpiece of De Niro and Scorsese creative tandem. The plot tells the story of Las Vegas player and reveals his ups and downs.

Martin Scorsese has been married six times. His first wife was a student of the acting department Laraine Brennan. The early marriage ended in a quick divorce, but they have daughter Catherine. Laraine dreamed about the career of an actress and did not want to turn into a nurse near her husband.

Martin had many phobias, he turned to a psychoanalyst but there was no use. The streak of luck began when he met Sandra Weintraub. Sandra was his guardian angel for 12 years. She endured Scorsese's behavior, even when he stated that the journalist Julia would stay with them for a night because it was overcast in the street.

Julia began to visit the director more and more often and gradually replaced Sandra. But it was difficult for two creative contradictory personalities to get along together. Julia suggested the plot of the film "New York", and he fell in love with Liza Minnelli on the set. The cinematographer dared to give Liza his wife’s medallion. It exhausted Julia’s patience and she filed for divorce, although a month before she gave birth to a daughter Domenico.

But he did not manage to build long-term relationships even with Minnelli. Once the beginning journalist Isabella Rossellini called him, and then she stayed in his house overnight. Martin was jealous of the beautiful Isabella, he watched her and harassed with neurasthenia attacks. This marriage broke up too.

Producer Barbara De Fina was the fifth wife of the director. She could not stand the tension too. The sixth wife is the publisher Helen Morris. She left Scorsese too.

Now the director is a bachelor. He says that in the quarter where he grew up, there were mostly funerals. Therefore, weddings are the only defense against the death.

· The Age of Innocence

· The Last Temptation of Christ

· Bringing out the Dead

· The Wolf of Wall Street 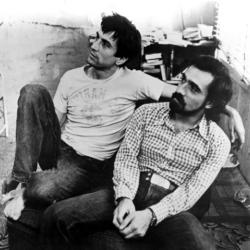