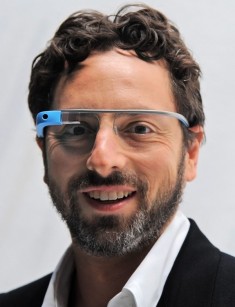 Sergey Brin is an American entrepreneur, specialist in the field of computer technology, information technology and economics. Along with Larry Page, he is the founder of Google search. In 2016 a popular Forbes magazine put Brin on the 13th place in the ranking of the richest people in the world.

Sergey was born in Moscow to the family of graduates from Mechanics and Mathematics Faculty of the Moscow State University, Mikhail Brin and Eugenia Krasnokutskaya. When the boy was five years old, the family immigrated to the United States under the Jewish resettlement program. His father becomes an honorary professor at the University of Maryland, and his mother works with such serious companies as NASA and HIAS.

Young Sergey, like his parents, turned out to be a very promising mathematician. He studied at school for talented children and even at this level showed his abilities. By the way, in high school Brin visited the Soviet Union under the program of exchange of experience. After he saw life in his former homeland, Sergei thanked his father that he had taken him away from Russia.

Later, the young man once again will express his anti-Russian position, calling the development of this country "Nigeria in the snow," and the government - "a gang of bandits." However, seeing the resonance of such words, Sergey Brin refused these phrases and told that he had in mind completely different, and his sayings were twisted by journalists.

After school, the young man enters the University of Maryland and receives a bachelor's degree in "Mathematics and Computer Systems". Brin completed a Master’s degree program in the most prestigious Stanford University in California. There Sergei seriously interested in Internet technologies and began to develop a search engine of a completely new system.

At the university Sergey Brin met the graduate student Larry Page. Initially, young people were constant opponents in various discussions, but gradually became friends and even wrote a joint scientific paper "Anatomy of a Large-scale Hypertext Internet Search System," which offered a completely new principle of data processing for finding information on the global network.

But talented mathematicians decided not to leave this work only on paper. They created on its basis a student search engine Back Rub, which proved the consistency of their ideas. It was Sergei and Larry who thought of not just giving the result of processing, but ranking the received information on their relevance to other users. Now this is a standard for other systems.

Improving some aspects of their program, Brin and Page turned university development into a large-scale business. The new system was named "Googol", which means "unit with a hundred zeros ".

The name that is known today for the whole world appeared because of one annoying mistake. When young people were looking for investors, only the head of "Sun Microsystems" Andy Bechtolsheim responded to their appeal. The businessman believed the young geniuses and wrote a check for a big sum of money, but not to the name of the registered "Googol", but on the non-existent "Google Inc".

Soon all the mass media started talking about the new search engine. "Google" raised even more in early 2000's after the so-called "dot-com crash," when hundreds of Internet companies went bankrupt one by one. In summer 2004 the company's shares on the stock exchange received the highest price, and the partners overnight turned into billionaires.

It's interesting that Sergey Brin believes that organizations such as "Apple" by Steve Jobs, Facebook by Mark Zuckerberg undermine the main idea of the Internet as a free network and free access to any information. Also, the businessman disagrees with the idea of fighting against Internet piracy and closing of free access to books, music, films.

Already being not only famous, but also incredibly rich, Sergey Brin got married. His chosen one was a graduate of Yale University from the faculty of "Biology" and the founder of her own company "23andMe" Anna Vojitsky. The wedding took place in 2007 in the Bahamas, and a year later the couple's son Benjy was born. In 2011 their daughter was born.

Unfortunately, the birth of the girl did not strengthen the family. Two years later, because of Sergei's relations with the employee of his corporation, Amanda Rosenberg, Brin and Vojitski broke up, and in 2015 they divorced.

Sergey Brin is engaged in huge charitable investments. He donated about half a million dollars to support the project "Wikipedia", which, according to the American entrepreneur, just perfectly meets the principles of free access to information.

Along with Larry Page, Sergey fight against aging and finances several projects in this direction. When the mother of Brin fell ill with Parkinson's disease, and the genetic analysis showed that he has predisposition to this disease, the businessman ordered the biological corporation to calculate how the gene under this disease changes. A mathematician is sure that correcting an error in genetics is not at all more difficult than in computer code. It is only important to know what to correct.

Since Brin and Page launched the interactive Google Glass, Sergey always use them at home, as well as on the street or at work. And on all the photos of 2013, he appeared with this "computer" on the face. 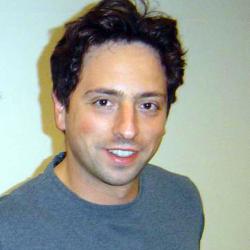