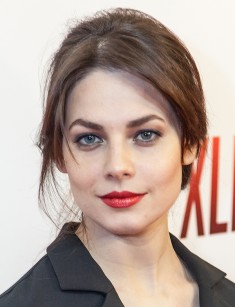 The story of Yuliya Viktorovna Snigir began in a small town - Donskoy. The father is a chess player, a coach, and her mother is an ATC telephone operator. The celebrity has a younger brother Alexander Siriskin, who follows in the footsteps of his sister and stars in films, plays in a theatre.

Under the guidance of her father Yuliya attended a chess club. She graduated from the local gymnasium and went to Moscow to enter the faculty of foreign languages of the Pedagogical University, but she did not reach one score. One teacher came to the frustrated girl and offered to stay at the university as a secretary of the faculty. Yuliya Snigir understood: if she leaves the capital, perhaps there will be no chance to try again.

She combined her work at the university with teaching English in a kindergarten. In her free time she placed ads on boards. The year of self-preparation helped the girl in her second attempt to enter the university.

Snigir graduated from the university with a red diploma. After that she worked for several years as a school English teacher. Little by little she saved money to move her parents to the capital. Soon the girl realized that she was mistaken. Her spontaneous character refused to accept any system. Leaving her job and salary, Julia decided to find herself. So she was auditioning for advertising campaign as a model.

Yuliya Snigir worked as a model in her student years, but not very often. In her free time Snigir spent on rare photo shoots. Her bright appearance and how she looked on photos were noted. She was invited to the casting of Moscow agency “Point”, which Julia successfully passed.

The career of a photo model was successful. One wonderful day Yuliya Snigir met Tatiana Talkova in the studio of the photo agency. The assistant of the director Valery Todorovsky invited the model to take part in an audition for the film "Stilyagi". The invitation was accepted.

Yuliya did not got the role because of the lack of acting skills. Snigir took the advice of the director to enter the theater school. She quit her job and entered the Shchukin theatre Institute. This step was fateful.

The young actress played her first role in 2006 in the film "The Last Face" by Sergei Bobrov. A good acting and image helped the actress in her future career. During her first year of studying, the actress made a good career.

When she was working on the film "Gloss", Snigir met Fedor Bondarchuk. He proposed Yuliya Snigir to play the role of Rada Gaal in the fantastic film "The Inhabited Island".

The girl often missed classes and not everyone liked it. Nevertheless, Snigir managed to prepare for exams and pass them on time like other students. One year before graduation Yuliya decided not to study in the University. The teachers and friends didn’t understand the girl, wondering why Julia did not want to get a diploma. It was maximalism and another rebellion against the system.

The director highly appreciated the girl. Fedor Bondarchuk was not mistaken when he told the media that soon the young actress Snigir would become a real celebrity. After the release of the film "The Inhabited Island" also a video clip of a music band Zveri "Do skoroi vstrechi" with the actress in the main role was released.

After this role, the actress starred in several Russian films, was invited to the French film "Rasputin" and another part of "Die Hard" in Hollywood.

The former English teacher was embarrassed when she came to America: it turned out that she did not know the language at all.

"The American mentality touched everything from the work of actors to the humanities in universities," says the celebrity.

Yuliya quickly got used to the country and corrected her spoken English. Returning to her homeland, she continued her career as an actress.

Since 2010 to 2013 more than ten new films with the participation of the actress were released. After working in the film industry, the actress tried herself as a TV presenter. The first experience was the project "Territory of Relativity" on the STS channel, and then there was a TV project on the 5th channel.

The first serious relationship began on the production of the film "The Inhabited Island" with the operator Maksim Osadchim. 18 years of age difference did not affect their relationship, but this match was short - 2 years.

In 2013 Yuliya Snigir said that her private life is connected with Danila Kozlovsky. According to journalists, the relationship of Snigir and Danila began on the set of the film “Raspoutin”.

A strange embarrassment occurred in the same year, when the actor starred in the film “Vampires Academy”. In the story, he was the lover of a Hollywood singer Zoe Deutsch. Once, Danila, who doesn’t like to show his personal life, posted a photo where Zoe kisses him tenderly. And he wrote a text like a declaration of love.

Yuliya Snigir and Danila Kozlovsky broke up. After starring in the film “Vampire Academy”, the sex symbol left with another girl to the USA. Nevertheless, friends say that Kozlovsky could not forget Yuliya for a long time.

In 2015 all media were actively discussing Snigir. The reason for this was the fact that Evgeny Tsyganov, who has seven children from his previous marriage, left the family. The couple does not comment on their relationship. On March 9, 2016, the actress gave birth to their son Fyodor. The father of the child is Evgeny Tsyganov.

•"I will never forget you" 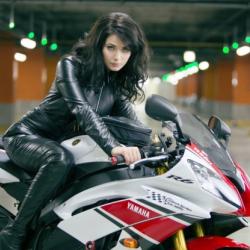