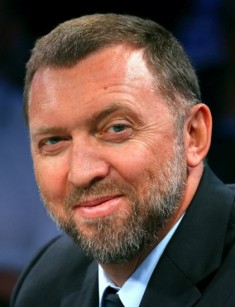 Oleg Deripaska is one of the richest people in the world, the "aluminum" magnate of the country, who built his empire in early 90's. The successful businessman has joined a large-scale business thanks to his intellect and his ability to think strategically. It helped him to make his Russian Aluminum company one the largest aluminum producer in the world.

Deripaska Oleg Vladimirovich was born on January 2, 1968 in Dzerzhinsk. The parents of the future billionaire were from Kuban and were fond of their son. But a year after the birth of Oleg there was grief in the family - the head of the family and the father of the future "aluminum" tycoon Vladimir tragically died.

Deripaska's mother was left without support with the child in her arms. She was forced to work round-the-clock in order to bring up her son. Therefore, the grandparents of Oleg Vladimirovich, who lived in Krasnodar region, were in charge of his upbringing. It was them, according to the billionaire, who taught him tough discipline and how to cultivate the land. At 11 years old, to help his mother he worked as an electrician assistant at the plant.

At school № 2 in Ust-Labinsk, young Oleg Deripaska was one of the best pupils in mathematics and physics. He participated in all Olympiads in chemistry, mathematics and physics, where he showed amazing results among other pupils. The future businessman did not get the gold medal, because he had four in literature.

But his school knowledge helped Oleg Vladimirovich to enter the Moscow State University on the Faculty of physics. At the university, Oleg Deripaska also showed himself from the best side. Despite the fact that he often skipped lectures, he could pass on a difficult exam on quantum electrodynamics without difficulties.

In 1986, he suspended his studies at the university and joined the army Strategic Rocket Forces. He finished his military service with the rank of senior sergeant. After that he returned to university and graduated with honors. The future billionaire's studies did not end - after graduating from Moscow State University he entered the Plekhanov Academy of Economics and attended several courses at the London School of Economics.

To move with the times, Deripaska paid special attention to self-education: he read a huge number of books which not only broadened the horizons of the businessman, but also had a significant impact on his future career and success.

Oleg Deripaska made his first business project in his student years. When he returned from the army, he, along with his classmates, founded the Military Trade and Investment Company, which specialized in metal trading. He invested all the money he earned in the VTIK in buying shares of the Sayanogorsk Aluminum Smelter in Khakassia and within four years became its main owner.

In 1994 the businessman became a general director of the plant, which, thanks to the analytical mind of Deripaska, became the leading enterprise of the industrial group "Siberian Aluminum", established by the businessman.

Three years later, the group, created by the "aluminum" magnate, became one of the top 10 aluminum producers in the world, and the businessman continued to expand his assets. He bought shares of “Samara Metallurgical Company” and “Aviakor”, which in Soviet times was the leading aviation company, almost completely ruined by the middle of 90's.

In 1999 Oleg Deripaska became the vice-president of the Russian Union of Industrialists and Entrepreneurs, and in 2000 became the general director of the company "Russian Aluminum", which included Sibneft and Siberian Aluminum.

A year later, the businessman registered a new investment company "Basic Element", which today is the leader in the Russian capital management market. "Basic element" of Oleg Deripaska is represented in all key industries in Russia and abroad. The assets of the industrial group are:

• The leader of the Russian insurance market "Ingosstrakh"

• as well as many other companies in machine building, mining and metallurgy, energy, construction, agribusiness, aviation, banking services, represented in many countries of the world.

At the moment, more than 200 thousand people work at the Basic Element. In 2008 the assets of the "aluminum" tycoon expanded with a blocking stake in Norilsk Nickel. He also intended to take control of the oil company RussNeft, but due to the fact that its former leadership evaded taxes, the company's shares were arrested by the FAS,and the deal did not take place.

In addition to creating successful business projects, Oleg Deripaska is the founder and president of the largest charitable foundation "Volnoe Delo". Oleg Deripaska has invested more almost 11 billion rubles in more than 500 charity programs. The businessman's charity is spreading in many directions: culture and education, sports and health, spiritual revival, animal protection and integrated territorial development.

He supports St. Petersburg and Moscow universities, the Mariinsky and Bolshoi theaters, the Hermitage, the Don and Sretensky monasteries, as well as other centers of culture, education and spiritual life of citizens in more than 40 regions of Russia. Since 2004, Oleg Deripaska has sponsored an archaeological expedition in Krasnodar region, in which he invested more than $ 10 million over the past ten years.

In 2014, the Foundation “Volnoe Delo” opened a shelter for homeless dogs in Sochi, which caused a positive response around the world among animal lovers. In the same year, the "portfolio" of the charitable organization was replenished with the sponsorship of the JuniorSkills program, aimed at the early career guidance of future students.

Also in 2014, the businessman spent almost half a million dollars out of personal funds for the construction of the Olympic Village in Sochi, and his company invested about $ 1.5 million in the infrastructure of the international airport and seaport.

The personal life of Oleg Deripaska has always been "under the gun" of the society. Being an enviable bridegroom of Russia, the billionaire attracted rumors of a different nature, since every appearance in public with the girl evoked a stormy reaction about his new relations. He was attributed to love relationships with many famous ladies of the country, but all these "sensations" stopped in 2001, when the businessman got married.

The wife of the "aluminum" magnate was Polina Yumasheva, the daughter of the former head of the presidential administration, Valentin Yumashev, whose wife in a second marriage became the youngest daughter of the former Russian president Boris Yeltsin, Tatiana Dyachenko. His business partner Roman Abramovich introduced Oleg Deripaska to his future wife. In the family there are two children - Peter and Maria, who are still in pupils and live with their parents in Moscow.

Polina Deripaska is currently the head of the holding "Forward Media Group", which was founded on the basis of her husband's publishing house "Ova-press". FMG released magazines "Hello!", "Interior + Design", "My Baby and me", and later went beyond the print media and took up its niche on Internet, creating the project Spletnik.ru.

In his free time from business, Deripaska loves spending time with his family. Self-motivated and ambitious spouses provide each other with reliable back and support in the harsh world of business, which makes their marriage stronger. They managed to survive several scandals and rumors about the coming up divorce, but Oleg and Polina calmly proved to the society their good relations, repeatedly making a statement that they are not going to divorce.

Except the family and business, Oleg Deripaska is fond of reading and photography. He engages in self-education throughout his life and absorbs information in a "concentrated form". For his contribution to the development of the Russian economy, his "honorable piggy bank" is filled with many orders and awards, including the Order of Friendship, the Order of Alexander Nevsky, and the title of laureate of the "Patron of the Year of Culture" award.

The net worth of Oleg Deripaska

The net worth of Oleg Deripaska in 2015 was estimated at 6.2 billion dollars, which put him on the 17th position in the ranking of Russia's richest businessmen. In the world ranking of billionaires in 2015, he held the 230th place, but in 2016 dropped to the 813th. In 2008, the net worth of the "aluminum tycoon" was 28 billion dollars, which allowed him to be the richest Russian and took the 40th line among the world's billionaires. 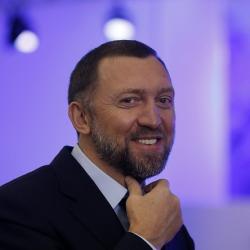