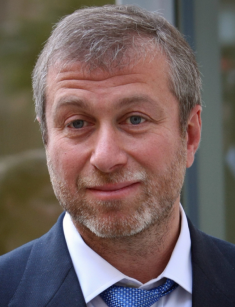 Roman Arkadievich Abramovich is today one of the most famous Russian entrepreneurs, whose success is evident not only in the business sphere, but also in social life. He knows how to create events that always attract the attention of the world community.

Childhood of the future billionaire was not easy: at the age of 4 Roman became an orphan. Although he was born in a Jewish family, but in the Soviet passport of Boris Abramovich in the column "nationality" was written "Russian". His mother died when the boy was 1 year old, and 3 years later his father Arkady Nakhimovich Abramovich died at the construction site as a result of the accident.

After this tragic event, his uncle Leib, who worked as the head of the working supply of the forest industry in Ukhta, was responsible for Roman’s upbringing. The future billionaire spent his childhood in this city.

In 1974, the boy moved to Moscow, where he lived with his second uncle Abram Abramovich. After finishing school №232 Roman Abramovich joined the army, and had the rank of a solider of air defense. In two years Roman returned back to Ukhta, entered the Forestry Faculty at the local industrial institute. Here the future businessman did not show a noticeable interest in studing, but already at this time he saw himself as a brilliant organizer. Abramovich did not receive higher education.

Since the late 80s of the 20th century, Roman Abramovich begins an active business activity. As a first direction, the young businessman bought his own factory "Uyut", which produced polymer toys. The partners of Abramovich later became part of the management of Sibneft.

The next stages for him were mediation services and trading operations. After a while, the sphere of his interests changed and it was the oil trading. A significant number of influential people were among his acquaintances. At that time, Roman had good relations with Boris Berezovsky, and with the family of Russian President Boris Yeltsin. Subsequently, thanks to these connections, he became the owner of Sibneft.

In the early 90's, Roman was the founder of several companies. Later, he became the head of the company "AVK", which provided mediation services in the oil market. At this time, the first scandal connected with the name of Roman Abramovich has happened .In 1992 he was taken into custody on suspicion of stealing diesel fuel for the amount of 4 million rubles.

In the mid-90s, Roman Abramovich was working on the creation of a large vertically integrated oil corporation. In spring of 1998, an attempt to unify the company Sibneft and Yukos was made, but this idea was unsuccessful due to the fact that the owners could not agree with each other. The same year, relations between Abramovich and Berezovsky deteriorated. The reason for this was business and political differences.

In 1998, the media first mentioned the name of Roman Abramovich. Until then, he had managed to remain in the shadows so successfully that no one even knew what he looked like. Everything changed when information that Roman Arkadevich was the trustee of Russian President Boris Yeltsin, that he paid expenses for his daughter and son-in-law, and financed the election campaign of the politician in 1996.

By December 1999, the net worth of Roman Abramovich was estimated at $ 14 billion. Among the major projects of the businessman in the early 2000s was the creation of the company "Russian Aluminum" together with Oleg Deripaska. In addition, Roman Abramovich bought shares of the ORT channel owned by Berezovsky, and sold them to Sberbank. Also, the leaders of Sibneft bought a controlling stake in Aeroflot.

From 2001 to 2008, Abramovich holds the post of governor of the Chukotka Autonomous Okrug. The governor of Chukotka successfully developed the oil industry in the region for seven years.

In 2003, the oligarch gained wide popularity in the society because he bought English football club “Chelsea”, which was at the time on the brink of ruin. Roman Abramovich Paid off the debts of the club and decided to change the team. The club signed multimillion-dollar contracts with the most prestigious football players. It was reported in Russian and British media.

According to rough estimates, the businessman invested about 150 million pounds in the development of the club, which caused a stream of criticism in the domestic press, connected with the fact that Abramovich was developing foreign sports. According to rumors, before the purchase of "Chelsea" the oligarch made attempts to buy Moscow club "CSKA". But the attempt wasn’t successful.

Thanks to investments, the Chelsea club won the UEFA Champions League (the most prestigious club tournament in Europe) for the first time in its history, defeating FC Bayern Munich in a series of penalty shoot-outs.

Russian sport wasn’t ignored by the businessman either. In April 2006, the outstanding Dutch football player Guus Hiddink was invited to the post of head coach of the Russian national football team. The initiator of this was Roman Abramovich. The fund "National Football Academy" created by Abramovich pays the fees and transportation costs of the coaching staff of the Russian team.

Since 2009, Roman Abramovich is on the 51st place in the list of the world's richest people, published by the American financial and economic magazine Forbes. In recent years, Abramovich is not the richest man in Russia. He was on the second place after billionaire Mikhail Prokhorov.

By the end of 2015, the net worthl of Roman Abramovich was estimated at $ 9.1 billion. The businessman owns villas in the UK, France and Russia. Also in the property of the oligarch there are two yachts, each of them is equipped with platforms for helicopters.

The famous Abramovich’s yacht Eclipse is estimated at 340 million euros. It is 170 meters in length and it is equipped with a modern anti-missile system and a small submarine. The vessel is capable of submerging to a depth of about 50 meters. The yacht was made of precious woods, bullet-proof glass and board skin.

The oligarch owns two armored limousines, a collection of sports cars, including the Ferrari FXX and the Bugatti Veyron. In addition, the businessman purchased two personal airplanes . Boeing 767 (56 million pounds) was reconstructed according to the wishes of the entrepreneur, and Airbus A340 with an increased takeoff weight (version 313X), which he bought in 2008.

In 2006 Roman Abramovich was awarded the Order of Honor for his contribution to the social and economic development of the Chukotka Autonomous Okrug.

Many financial experts argue about Abramovich's wealth. Undoubtedly, the billionaire remains on the list of top entrepreneurs, but his positions have been noticeably lost in recent years. According to Forbes, in 2016 Roman Arkadievich was on the 13th place in the list of the richest Russian businessmen. Nevertheless, the oligarch continues to be considered one of the most active players in the real estate market.

At the end of 2014, the billionaire spent a significant amount of money on buying three townhouses in New York on the East Street,75. The businessman planned to combine these houses into a five-story mansion. Such a purchase cost the Russian billionaire $ 70 million.

According to the declaration, the most significant property of Abramovich is in the Moscow region. According to Russian media, the well-known businessman owns two "palaces" with an area of 2421.2 and 1131.2 square meters. In addition, the public paid special attention to two huge mansions located in the United States (1,329 square meters) and in France (910 square meters).

Forbes predicts that the financial condition of a well-known Russian will show a tendency to fall in future. Such a state has been observed since 2011, when the businessman had over $ 13 billion in accounts, but by 2016 this indicator has gradually decreased to $ 7.6 billion, his income has fallen significantly.

In September 2014, because of the crisis, the international company Evraz North America failed to conduct an IPO on the US Securities and Exchange Commission. Abramovich , who is a chairman of the board of directors in this organization, tried to make successful operations on the stock exchanges further deteriorated the situation, the billionaire was unable to increase his capital.

The billionaire was officially married twice. His first wife, Olga Lysova, was from Astrakhan. The second wife of Roman Abramovich is Irina Malandina, a former stewardess. In this marriage, the couple had five children - three daughters and two sons. In 2007, Roman filed for divorce in the Chukotka District Court. The former spouses successfully settled all the formalities connected with the division of property and the further destiny of their children.

At the moment, Roman Abramovich lives with his wife designer Daria Zhukova. The couple has two children - Aaron and Leia.

In 2011 during one of the football matches of FC Chelsea, Abramovich was noticed with actress Emma Watson, Hermione Granger from the Harry Potter saga.

Many people immediately began to joke that the billionaire bought Hermione for his daughter, but some people also began talking about the beginning of the relationship between the famous British film actress and Russian entrepreneur.

Also there was unconfirmed information in the media that the famous oligarch had relations with the ballerina of the Mariinsky Theater Diana Vishneva. 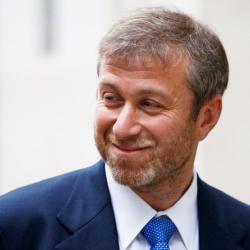