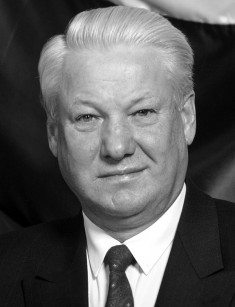 Boris Nikolayevich Yeltsin is a statesman who is known in the history as the first president of Russia, and a radical reformer of the country. Boris Yeltsin comes from a simple working family: his father Nikolai Ignatievich was engaged in construction, and mother Claudia Vasilyevna was a dressmaker. Soon after the birth of Boris his father was repressed, the boy lived with his mother and brother Mikhail in the city of Berezniki, Perm Krai.

The future President Yeltsin studied well at school. He was a monitor and class activist. When he was in the seventh grade, the teenager was not afraid to express defiance to the teacher who beat children and made them work in her garden due to bad marks. Boris was expelled from the school with a very bad character reference letter, but the guy turned to the Komsomol and achieved justice. Boris Yeltsin entered the Ural Polytechnic Institute after receiving the school certificate. He graduated from the Department of Civil Engineering.

Boris Nikolayevich lacked two fingers on his hand because of the injury. That is why he was not called up for the military service. But the trauma did not prevent the young man from playing volleyball, passing the test standards for the Master of Sports Title and playing for the Yekaterinburg national team. Yeltsin got into the Uraltyazhtrubstroy business organizations after graduation. Although education immediately allowed him to take a senior management position, he preferred to master the working professions and alternately worked as a joiner, painter, concrete worker, carpenter, mason, glazier, plasterer, and crane operator.

The young specialist rose to a construction manager in two years, and by the mid-1960’s he had already headed the Sverdlovsk House-building Factory. At that time, Boris Nikolayevich Yeltsin began his political career progress. At first, he became a delegate to the Communist Party City Conference, then First Secretary of the Sverdlovsk Regional Committee of the CPSU, and by the beginning of the 1980’s a member of the Party Central Committee.

The success of Boris Yeltsin as secretary of the Regional Committee was highly appreciated both by the leadership and the residents. He supervised the construction of Yekaterinburg and Serov line, the development of agriculture, as well as the construction of apartment houses and industrial complexes. Boris Nikolayevich was in charge of the construction issues of the whole Soviet Union after moving to Moscow. His energy and active style of work increased the statesman’s popularity with Muscovites. But the party elite had some prejudice toward Yeltsin and to some extent, they hampered his initiative.

Boris Yeltsin became tired of the constant confrontation, and at the Party Plenum of 1987, he criticized a number of politicians who, according to his opinion, hampered the Mikhail Gorbachev’s Perestroika. The reaction of the government was negative, which led to the resignation of the politician who dared express his opinion. He was transferred to the post of Deputy Chairman of the USSR State Construction Committee. Moreover, Gorbachev publicly stated that Yeltsin would no longer be a politician. But the country's leadership did not take into account that Boris Nikolayevich’s prescription would lead to a remarkable growth of his authority among people. In 1989 Boris Yeltsin ran for deputy in the Moscow Region, he won over 90% of the votes. Later, the politician became the Chairman of the Supreme Soviet and the first President of the RSFSR.

Mikhail Gorbachev was dismissed on the 19###sup/sup### of August 1991 after the coup attempt, known today as the August coup. The so-called State Committee for the State of Emergency took power into its own hands. Boris Yeltsin took charge of those who opposed the coup leaders. He took decisive and necessary actions and destroyed the plans of the State Committee. No matter how his compatriots treated Yeltsin's further rule, he managed to save the country from a possible civil war. As a result, Boris Nikolayevich Yeltsin headed the first Russian government in the history, and he signed the Belavezha Accords that declared the liquidation of the USSR.

The first years of the presidency were very difficult for Russia. The country teetered again on the edge of a civil war. The adoption of the Agreement on Social Accord and the new Constitution somewhat improved the situation in the society. The main drawback of President Boris Yeltsin is the permission of armed actions in Chechnya, which led to years of war. He tried to stop the war, but only Vladimir Putin managed to resolve this issue in 2001. The head reorganized the Cabinet and signed a number of decrees to improve the economy.

In 1996, the sitting president won the elections and defeated the main rival Gennady Zyuganov. Boris Nikolayevich focused on stabilizing of the economy and the social sphere. For this purpose, the Seven Major Cases program was launched. The government tried to liquidate huge debts on wages, corruption and arbitrary by officials, to introduce uniform rules for bankers and entrepreneurs, to develop a small business. The resignation of Viktor Chernomyrdin's government is also a step to development. It was replaced by a young and energetic Sergey Kiriyenko. Yevgeny Primakov, Sergei Stepashin, and Vladimir Putin were the Prime Ministers after Kiriyenko.

The government pressures affected Boris Yeltsin negatively and he was subjected to an urgent heart operation. The 1998 world financial crisis did not improve the president’s mood. The situation was even more disastrous for Russia than for the world community, as huge errors and miscalculations in the economy became evident. It resulted in multiple ruble devaluation, default and bank crises. On the other hand, during this period, domestic production replaced the dominance of foreign goods on the market, which was profitable for the country's treasury. Boris Yeltsin ruled Russia until the last day of the 20th century. On December 31, 1999, he announced his resignation during the New Year's TV congratulation.

The personal life of Boris Yeltsin changed when he was studying at the Polytechnic Institute. At that time he met Naina Girin, and they married right after his graduation. It is an interesting fact that the girl was named Anastasia, but when she grew up she consciously changed the name to Naina, because she was called so in the family. Boris Yeltsin’s wife worked as a project manager at the Vodokanal Institute.

Yeltsin’s wedding took place in the house of a collective farmer in Upper Iseti in 1956. A year later the family had a daughter, Elena. Three years later, Boris and Naina gave birth to a younger daughter Tatyana. Boris Nikolayevich paid tribute to his wife in many publications; he emphasized her care and support. But some journalists, including Mikhail Poltoranin, argued that Naina Yeltsin was not only a moral support for the first Russian President, but she significantly influenced the personnel policy in the government.

Shortly before the death, Boris Nikolayevich Yeltsin suffered from a cardiovascular disease. It's known that he had problems with alcohol abuse. In the middle of April 2007, the former President was hospitalized because of a complication after a virus infection. Doctors assured that nothing threatened his life. Nevertheless, Boris Yeltsin died in the Central Clinical Hospital 12 days after hospitalization.

The official cause of death is congestive heart failure as a result of dysfunction of many internal organs. Yeltsin was buried with military honors in the Novodevichy Cemetery, and the funerals were broadcast live by all state-owned TV channels. An unusual monument is erected on the Boris Yeltsin’s grave. It is made in the form of a boulder, painted in the colors of the national flag. 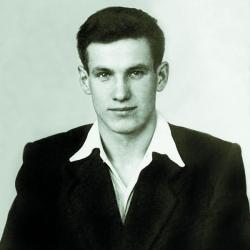