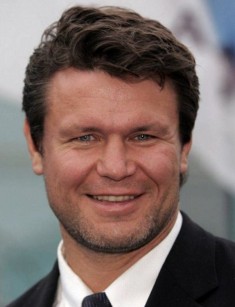 Oleg Taktarov is a Russian and American sportsman and an actor, a champion in sambo and MMA fight. As an actor he is known for the films "Predators", "Temporarily Unavailable" and "The Maltese Cross".

Oleg was born in the Nizhny Novgorod region, in Arzamas-16 city, which later was renamed Sarov. The father of the boy, a Mari by nationality, was a soldier, in his youth reached a high rank in boxing. He saw that his son was reading adventure books all day long and was always dreaming, but couldn’t fight with classmates. So his father told him to go to a sports section. There Taktarov studied Sambo under the guidance of an experienced coach Vitaly Mikhailov.

Soon the coach saw potential of the boy and said that he was able to become a world champion. Such a belief in his abilities did not allow Oleg to stop, although the boy wanted to be an actor. And in 1990 the young man became the master of sports.

Three years later Taktarov received the title of world champion in MMA fight among amateurs at the "White Dragon" competition in Riga. After that the young man was invited by American scouts to take part in professional fights.

After moving to the United States, Oleg Taktarov began to participate in mixed martial arts and was widely known as one of the calmest and the most even-tempered athletes. At the battles Oleg has a pseudonym "Russian Bear", and his appearance (height - 183, weight - 95) corresponded to this nickname.

The MMA only took their first steps in organizing fights, and competitions were held between athletes of the same style. Oleg chose sambo. The first fights did not bring glory to the young man, but UFC-6 ended for the fighter by defeating David Tank Abbott and a title of champion. In 1997 Taktarov came into a ring in the first sparring of PRIDE, where his opponent was the Canadian Gary Goodridge. From 2001 to 2007, Taktarov did not fight, but later returned for several competitions.

In total, Oleg had 24 fights. He lost only five of them. Oleg won an indicative boxing match against Dolph Lundgren, which was a part of the show "The King of the Ring". This victory became a great achievement in the sports career of Taktarov.

In 2003 among the fans of the UFC there was a survey, which identified the most popular athlete in the history of martial arts. According to the results of voting, Oleg was in the top ten. He was the only participant from post-Soviet countries.

In addition to the sports career of the fighter, Taktarov tried himself as a commentator of "M-1 - Russia vs. Europe ", but this experience was not successful for the sportsman. Also in 2009, Oleg organized the show "Men's games", the participants of which were former fighters who claimed for a second chance in their career. After the shooting, the athletes went to California to participate in the tournament for professionals. On the Russian channels the program has never came out, but two years later the fans could watch the world-famous fighter in the program "A Special Mission" as a TV presenter.

In 2012, being in Russia, Oleg Taktarov received the post of the head of the Federation of Mixed Martial Arts, where he has been working for five years.

Oleg Taktarov has always dreamed of acting career in Hollywood. And, when the young man became a famous fighter in the ring, the dream came true.

At first Oleg was invited to the fantastic action film "Total Force" and the thriller "Air Force one". Then there was the crime drama "15 minutes ", the action movie "Red Serpent", the fantasy movie "Rollerball", the action movie "Spy". In all these films, the actor played a native of Russia - either an agent or a criminal.

The adventure film "National Treasure", the thriller "Bad Boys 2" and the criminal drama "Miami Vice" became popular. Later, Taktarov along with Adrian Brody appeared in the fantastic action movie "Predators", and with Sylvester Stallone he worked in the comic thriller "Catch me if you can."

Oleg achieved success in Hollywood, and began to star in Russian films. In the filmography of the actor appeared such films of Russian production as the saga of oligarchs "To hunt an elk," the screen version of Gogol's "Viy", the comedy "Ticket to Vegas", the phantasmagoria "Generation P", the criminal drama "Let's do it quickly." The most significant Taktarov works in Russian cinema were the action films "The Maltese Cross" and "The Guardian".

The actor works in Russia as well as in America. In the US, the actor starred in the action movies "The Hunted" and "Renewal of the Brotherhood", and in his homeland was involved in the comedy "Oil Painting". Also the fighter appeared in the series "Fights" and "The Ex-Wife".

Oleg Taktarov has been married 3 times. The athlete never hurried, and the first time he married he was already famous. The first wife was Milena. The athlete and actor lived with her for five years. In the family, their son Sergei was born, but the couple broke up.

The second wife is the American Kathleen helped the man during his psychological crisis after he lost one fight. The girl gave Taktarov support, they married and their son Keaton was born. But the characters of Oleg and Kathleen did not fit for each other - both calm, but sometimes impulsive and quick-tempered. The athlete did not like the profession of his wife - Kathleen worked as the head of a strict regime prison and was not intended to leave her job.

Few years later the actor married again. This time his wife was Russian girl Maria, who gave birth to Oleg's third son Nikita. In the press there were reports that even here personal life did not work out: the marriage lasted only five years, and Taktarov began dating a businesswoman Yevgenia. But it turned out that it wasn’t true, since Yevgenia Trotschy is the mother-in-law of the athlete, they were often seen together.

Oleg Taktarov is an active Internet user. The sportsman often post photos and video reports from local and international competitions in Instagramm and Twitter. The fighter organizes seminars in different cities of the country, including St. Petersburg, Kazan, Nizhny Novgorod. This information is also posted.

Oleg Taktarov is at the peak of his career and every year he stars in different films. In 2016 Oleg played the main character – the bodyguard Roman in the thriller "Young", where the hero of Taktarov should have protected the son of his ex-boss Andrei (Andrei Bagirov). Also this year, he appeared in the films «99% Dead" and "Rustling.

In 2017 the American militant film "Misfire" with the sportsman was released. The film tells about the struggle of the mankind with virus and monsters. In the film Taktarov got an episodic role. Now the stars in a number of new projects, among them "Hunting for thieves", "See you soon", "The Island of the Doomed".

In October, a sports scandal broke out. The head of the Russian Union of MMA, Fyodor Yemelyanenko, accused Taktarov of illegally organized Championship of the Federation of MMA Russia" in Lyubertsy. One of the charges was the appearance of children of school age at the tournament. Yemelyanenko's filed a complaint to the prosecutor's office.

Oleg Taktarov explained that MMA fights were organized for adult fighters only, and the children competed without kicks. Taktarov believes that the scandal was because not the MMA Union, which has the official accreditation of the Ministry of Transport, but the MMA Federation, which is under its control, was chosen by the IMMAF international federation to organize a qualifying round in Russia in preparation for the world championship in Bahrain. 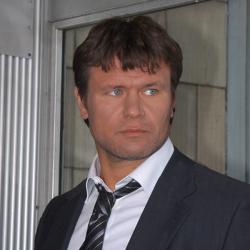