Alexander Ovechkin is the star of Russian hockey. The hockey player was born to a family of professional sportsmen in Moscow on September 17, 1985. His mother is a popular basketball player who twice became an Olympic champion in the USSR national team, and his father was a successful football player. Alexander is the third child in the family. From early childhood, the boy was fond of hockey, and from the age of 8 he attended football section thanks to his elder brother.

His parents did not want Sasha to practice in such unsafe sport. Moreover, the boy had to stop his trainings, as relatives could not drive him to training. The coach helped Alexander to play hockey again. He was convinced that Ovechkin is a born hockey player, and persuaded his parents not to miss such an opportunity. Also, the support of his brother Sergei played a significant role in achieving the current success in the life.

Alexander Ovechkin was always diligent and had a desire for victory. And thanks to these qualities he was invited to "Dynamo" (Moscow hockey school). This club was the first step to his career. Then everything was developing quickly: the boy played in teams of all ages and did not cease to be the best. Even some popular magazines and professional sportsmen told that he was a very promising hockey player.

Already at the age of 16, Sasha became the youngest member of the Russian Super League. In 2002 Alexander Ovechkin participated in the next serious competition. 2003 became a very successful year for the young athlete - he was awarded the title of the winner of the youth championship of the planet, after which he was invited to the team. Moreover, thanks to 13 successfully scored goals for the period 2003-2004, the hockey player became the best sniper of the club.

The main distinguishing feature of Ovechkin has always been his unsurpassed game. The hockey player from the first steps in sports career left the rink with a scored goal. Only for the 2004-2005 season Ovechkin did not slow down and received a gold medal at the age of 20, despite the many other capable hockey players in the NHL. Such recognition was for 23 points that were scored during the game season. Also due to his professionalism Ovechkin was named the Best Left Attacker.

Alexander always had the desire to win, therefore, despite the shoulder injury, he spent his last games in "Dynamo" club scoring even more points than in the previous game season. The Russian hockey player received world recognition, which was confirmed by such international awards as "silver" in the Youth Championship and "bronze" in the adult match.

The famous foreign clubs noticed the capable sportsman, so already in 2004 the guy was invited to the NHL "Washington Capitals" club as the right-wing forward.

However, even before the hockey player moved abroad, the representatives of the Omsk "Vanguard", made him a very good offer. Due to the fact that Ovechkin left Dynamo, a huge scandal arose. It even came to trial, but the dispute was settled peacefully.

Alexander went to his first championship for the NHL team. The youngest player of our national team scored a goal, which became an age record in the hockey world. His next games were also successful. In 2005 he received a bronze medal at one of the world championships, and in 2006 at the Turin Olympics he scored 5 goals and got into the top five Players-2006.

In the same year the young hockey player got his official nickname "Alexander the Great". In his debut season, the Russian player made 44 passes and scored 48 goals. That is why he earned such an outstanding nickname. The nickname was chosen by his fans from several versions and was approved by Ovechkin. Most of the nicknames consisted of his Russian origin and his number in the team - 8. One fan Dylan proposed to write the nickname as Alexander The GR8, for which he received a set of hockey equipment from the hockey player.

However, around this time another hockey player- Sidney Crosby came in the NHL, who became the main rival of the Russian in the fight for the title of the best Rookie of the Year. Despite his strong opponent, Ovechkin confidently went to victory and met the expectations of those who already believed in him. Thanks to this strong character, the young hockey player scored 106 points, for which he was awarded the "Calder Trophy" award. So the hockey player Ovechkin became the undisputed leader, defeating Sidney Crosby in the competition.

Alexander Ovechkin in each season easily scored goal after goal, proving the unspoken title of the most expensive player in the NHL (the contract was signed with the athlete for 13 years, cost the club at 124 million dollars).

In early 2011, Alexander Ovechkin won the contest for the most beautiful bullet of NHL. The hit was the best according to the votes of his fans. The Russian hockey player took this award for the third time in a row. The forward took part in the competition for the strength of the hit, but the result was fairly average.

Also in 2010-2012 Alexander became the world champion, playing for the Russian national team. At the same time, the hockey player had an average height in this sport 190 cm and not the lightest weight 104 kg.

At the last World Cup Alexander scored only one goal in the first match. The Russian team withdrew from the group, but lost to Canada 5: 3. Despite these defeats, the overall statistics of the game of the famous hockey player remains flat and there are no bright drops in it.

Because of his active sports life, the personal life of Alexander Ovechkin for a long time hasn’t not changed. He didn’t show his personal life, although there were articles in the press about the hockey player and his relations with Russian and world celebrities.

There were rumors about the relationship of the athlete with Zhanna Friske, Victoria Lopyreva, with the soloist of Black Eyed Peas Fergie and many other women. The athlete told that he would make an offer only to a girl from his native Russia, and he did not break his word. The hockey player began dating the famous Russian tennis player Maria Kirilenko. The couple confessed their serious relationship and announced the engagement on 31, December, 2012.

But the couple didn’t get married. In summer, 2014, Maria broke off the betrothal. She told the press that they parted calmly with the hockey player and she continues to respect him as a person.

Soon Alexander Ovechkin appeared in public with his new girlfriend - the model Anastasia Shubskaya, daughter of the famous actress Vera Glagoleva. The hockey player asked for her hand almost a year after the previous breakup. Photos of Anastasia with the wedding ring the lovers posted in social networks, blogs and Instagram.

Anastasia followed the hockey player everywhere. She moved to his house in Washington during the NHL season, and also supported him at the 2016 World Cup. Despite the active secular life of Shubskaya, the couple refused a luxurious wedding, and the just changed her name in social networks.

On July 8, 2017, a long-awaited wedding ceremony of Ovechkin and Shubskaya took place. Young people got married almost a year ago, but a banquet for friends and relatives was held just now.

The most anticipated and controversial event was the Olympics in Sochi in 2014. Ovechkin, being the member of the Russian national team, claimed that the team was prepared for the matches and it had no rivals, so the team would definitely win.

The participation of Alexander Ovechkin in the Olympics for a long time was in doubt. Firstly, in connection with the injury received on January, 19 during the game with the New York Rangers, it was not known whether Alexander Ovechkin would play. And if yes, how well he would play. Secondly, legal difficulties arose: the NHL did not let the players go in Sochi.

Although the hockey player has repeatedly argued that he was always ready to fight to the end and will not let his team down, this time the miracle did not happen. In the quarter finals, Russia lost to Finland 3: 1. The forward admitted that the enemy was stronger, and the Russian team made two serious mistakes.

Conflict during the Olympics-2018

The possible participation of NHL league players in the next Olympics created discussions. There were rumors that the leadership is against the participation of the best players in competitions in Korea. Although there is no official confirmation from the commissioner of the league, Gary Betman.

NHL as a regular and commercial championship does not see any benefit in losing players for several weeks, because they will be tired and possibly injured. Alexander Ovechkin was against this decision. The athlete assured the press that not only him, but all Russian hockey players will quit the NHL to join their national team in Korea.

These words shocked the world. The hockey player was supported also by the owner of the "Washington" club Ted Leonsis, who promised to let Ovechkin participate in the Olympics, even if the NHL tournament will not be suspended. 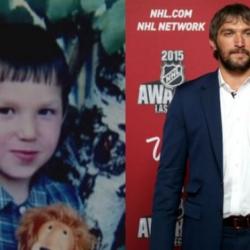