Danila Kozlovsky is Russian theater and film actor, the winner of several prestigious film festivals. Fans of Russian cinema are familiar with him on such films as "Soulless", "Legend №17", "Flight Crew" and "Viking". Also Kozlovsky starred in American films, for example, in the fantasy saga "Vampire Academy" and the action movie "Hardcore Henry".

Danila was born in Moscow to an intelligent family. His father Valery Ivanovich is a professor, Doctor of Philosophy. His mother Nadezhda Zvenigorodskaya received an acting education, but worked at school. It's interesting that rather late in life the woman made her debut in the cinema - in the films "Status: Free" and "Flight Crew", in which the audience could see that Kozlovsky's mother looks much younger. By the way, Danila is the second child in the family. He has an elder brother, Yegor and a younger brother Ivan.

When the boy was small his parents divorced. Mom and stepfather were responsible for children’s upbringing, but the children often misbehaved, and sometimes they crossed every line of decency. Therefore, Danila along with his brothers, studied not in ordinary secondary school, but in the Kronshtadt Naval Military School, where he studied until 2002. But even before this school Kozlovsky had time to study in a music school in the class of saxophone and viola, and also learned the basics of dance art.

Perhaps, he would have been a great sailor, but in 1998 Danila began starring in films. 13-year-old boy liked the creative process so much that decided to become an actor. After graduating from Military school, he entered the Saint Petersburg State Theatre Arts Academy, and on the 4 year of studying he joined Little Drama Theater.

His first role was a sixth-grader Denis Seliverstov in the youth series "Simple Trues", of course, did not bring Danil Kozlovsky all-Russian glory, but gave more - the dream of becoming an actor. After graduating from the university, he had a lot of filming. The historical drama "Garpastum" brought him fame, for which the young actor received his first award at the "White Elephant" festival.

Kozlovsky began to receive offers to play roles of military men and athletes. High (growth of the actor is 184 cm), with a good body and beautiful face features he looked properly in such roles.

Later in the filmography of Kozlovsky such works as the fantasy film "Black hunters", the comedy "Jolly fellows", the criminal film “Lonely Man", the social film "SoulLess", the melodrama "Everything began in Harbin" appeared.The next step in the career of Danila was the biographical sports film "Legend No. 17", in which he played a truly legendary man – a Soviet hockey player Valery Kharlamov.

Also it is worth noting that the actor made his debut in Hollywood: in 2014 he created the image of Dmitry Belikov’s mentor in the fantasy teenage saga "Vampire Academy ". No less popular was the comedy "Status: Free", in which Kozlovsky played the main character, and also acted as the director of the project.

The popular actor does not refuse from filming in advertising campaigns. In 2014 Kozlovsky starred in the commercial of the perfume campaign Chanel Coco Mademoiselle. Danila's partner in the video was the Hollywood actress Keira Knightley.

In 2015 Danila Kozlovsky fulfilled his old dream and for the first time demonstrated his vocal qualities before his fans. In March the actor gave a concert called "Big Dream of an Ordinary Man."

The musical performance began with a video in which Kozlovsky appeared in the role of an unnamed Petersburg actor, who plays the episodic role of the doorman who brought the letter. On the stage Danila also appeared in a suit of a doorman. The actor sang songs of classics of different genres - Frank Sinatra, Tony Bennett, Dean Martin - to the accompaniment of the orchestra "Phonograph-Sympho-Jazz". The producer of the concert at the Bolshoi Theater was Philip Kirkorov.

The reasons why the musician decided to arrange the musical debut of Kozlovsky, especially on such a prestigious stage, for a long time worried the press. Some fans suggested that Philip Kirkorov has a romantic relationship with the actor’s mother , the other part was sure - not with his mother, but with Danila himself. Kirkorov confirmed that he has warm relationship with the actor's family, but refused to comment on further rumors.

In 2016 the actor played the main role in the film-catastrophe "Flight Crew". According to the film critics, only because of Kozlovsky the film was good.

On March 23, 2016 there was a premiere of the comedy "Friday", in which Danila Kozlovsky played the main role. The hero of the actor is a millionaire Mike, who became a waiter for one night. The film shows the storylines of the characters, who also pretended to be someone else on Friday, or found themselves in unexpected places doing strange things. They have only one thing in common - the Friday night, the metamorphoses of which end on Saturday morning.

In April 2016, the actor appeared in the main negative role of the albino Akan in the Russian-American fantasy action film “Hardcore Henry”. The film by Ilya Naishuller was shot completely by the author's script from the first person using GoPro camera, a special face mask and a magnetic image stabilization device designed especially for the film. The action movie received mixed reviews abroad, but in Russia the film was taken positively and paid the shooting costs.

In April 2016 Danila Kozlovsky became a guest of the evening show "Evening Urgant", where, along with Vladimir Mashkov, told about the work on "Flight Crew".

One of the most expected novelties of 2016 was the historical saga "Viking", where Kozlovsky starred with Svetlana Khodchenkova, the star of the national cinema.

Directors are positioning the film as the first Russian historical blockbuster. The film crew insists that the significance of the project cannot be underestimated, since "Viking" managed to enter the international market and to draw attention of the foreign audience to the biography of the famous Russian governor.

Nevertheless, in Russia the film received negative reviews from both film critics and historians and sociologists. The viewers and critics didn’t like the plot of the film and the image of a young lord Vladimir, whose role was played by Danila Kozlovsky. However the actor's acting wasn’t criticized. The critics did not like Vladimir because, as a character, the Russian lord was rather contradictory, incomplete and unreliable.

The historians think that it is because of the fact that the creators of the film tried to whitewash the biography of Vladimir, who, according to the chronicles, was a cruel, vindictive, calculating governor. It made possible for him to unite Kiev Rus and to change the religion of the country. In the film, the character, whom played Kozlovsky was a marionette of the army. Those who didn’t like Vladimir as well as his admirers didn’t like it.

Also, the iconic battles were not like in the chronicles and did not withstand criticism from the military affairs. The 18+ version of the movie was also puzzling. There was an intimate sex scene that did not affect the plot and the characters. The audience did not understand why this scene was shot.

In December 2016, Danila Kozlovsky again came to the program "Evening Urgant." In the New Year's release, the actor told about the film "Viking" and the difficulties of the role of Vladimir. These videos with Urgant and Kozlovsky collected 1.5 million views on YouTube.

Apart from his working in the cinema, Kozlovsky continues to play in Little Drama Theater. The actor’s career in the theatre is also developing: in 2016 Danila played the role of Hamlet in Shakespeare drama play.

The young actor constantly attracts the attention of women. According to journalists, the actor changes women as gloves. This does not prevent the yellow press from telling rumors that Kozlovsky is a gay. It was because of the fact that the actor stands for the freedom of sexual orientation. In an interview, Kozlovsky told the journalists that he would continue his activity, even if the rumors continue to spread. The yellow press does not prevent the actor from building his personal life.

In 2006, at a rehearsal in the theater, Danila Kozlovsky met a Polish actress Urshula Magdalena Malka. The actor immediately liked her and began demonstrate his feelings. Two years later the young people got married.

But this marriage did not last too long. The Actors could not get used to each other, perhaps because of the difference in age. After a while, the spouses broke up, and in 2011 they divorced, although they remained in good friendly relations.

Later, according to information of various media, Danila had romantic relationship with actresses Lisa Boyarskaia, Anna Chipovskaya and Yuliya Snigir. News about the relations of Kozlovsky and Boyarskaia were also confirmed by the ex-wife of the actor Urshula Malka. The woman gave a detailed interview about her ex-husband.

In 2014 fans started talking about Danila's relations with the 19-year-old Hollywood actress Zoe Deutsch, Kozlovsky's partner in “Vampire Academy”. After the release of the film, the actor told reporters that he was not going to Hollywood. Kozlovsky did not comment rumors about his new relationship.

And since 2015, Kozlovsky has serious relations with a Russian model, an actress and a director Olga Zueva. When the lovers asked how and when they met, they only smile and answer "It's been a long time".

Photos from the life of the actor appear regularly in Instagram under the name of Danil Kozlovsky, who has 1.1 million followers. However the page does not have a verification.

On October 25, 2017, the premiere of the drama "Matilda" by Alexei Uchitel is planned. It tells about the life of the famous ballerina Matilda Kshesinskaya. In the upcoming mini-series Kozlovsky plays the role of Count Vorontsov, the officer who was in love with the main character.

The film focuses on personal life of the ballerina. The plot is based on relations of Matilda and prince Nicholas Alexandrovich, who later became Emperor Nicholas II, the last emperor of Russia.

The actor also stars in the role of Akula in the biographical film “Dovlatov”. The film will show four days from the life of the famous writer in 1971. The name of the main actor is kept secret. In addition, the film is positioned as a portrait of an era, not just the main character. The director Aleksei Herman in details restored the places and traditions of that time.

Also in 2017, the actor will appear in the main role in the criminal drama "On the District". Two friends work for a criminal boss and try to find their own place in life. While the hero of Kozlovsky, Kisa, is involved in criminal life, his friend is trying to stop it and refuses to carry out the boss's tasks.

Also in 2017 Kozlovsky will play the role of Erast Fandorin in the detective "Decorator", based on the novel of the popular writer Boris Akunin.

Today Danila wants to try himself as a director and has already started making his first film - the sports drama "Coach", which will be released in 2018. In his own film, the actor will play the role of Yuri Stoleshnikov. 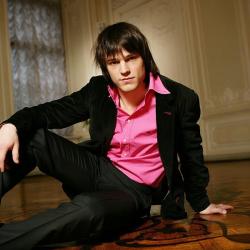