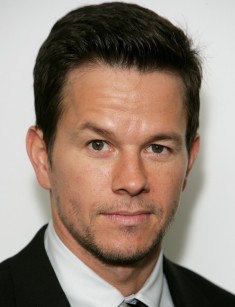 Mark Wahlberg is an American actor, musician, and producer. He was two times nominated for Academic Awards.

Mark Wahlberg was born in Dorchester, in the suburb of industrial Boston (USA). Alma Elaine who was a cashier in the bank office, and later a nurse, and a truck driver Donald Edward Wahlberg became parents of the future actor. Except for Mark the spouses had 8 more children, two of them - Robert and Donnie – are siblings of the boy. Subsequently, both brothers also became actors.

Donald and Alma divorced in the early eighties when Mark was 11 years old. The event happened in the most difficult age for the teenager, at this time children especially need their father’s attention. Perhaps, the absence of the man in the house induced young Wahlberg to look for adventures on the street.

Being a teenager, the guy constantly got to police officers. Mark was fairly accused of hooliganism, violence, attacks at black teenagers, the beating of Asian students and also robbery of the drugstore. And when the guy turned 16 years old, the court decided to punish the teenage with two years of prison for the attempt of the racially motivated murder. Mark stayed in the penal colony of Boston for 45 days, having been released early.

The prison had slightly calmed the rough temper of the teenager, he understood that he wanted another life for himself. However, flashes of aggression continued at Mark Wahlberg in future, especially under the influence of alcohol and drugs, but soon the principles of future celebrity would sharply change.

Donnie Wahlberg, the elder brother of Mark who became the representative of the popular boys-band of "New Kids on the Block" was the first to achieve popularity. When Mark turned 20 years, he also became a part of this music band, but he hadn't stayed here for as long as the vanilla style of good boys wasn’t close to him.

Nevertheless, the young man decided to stay in show business, he had taken himself the pseudonym of Marky Mark, having created his own "Marky Mark and the Funky Bunch" group. The group specialized in hip-hop musical style which was at that time gaining popularity.

In 1991 there was a first album of the band under the title "Music for the People" which became platinum as was sold out in millions of copies. The "Wildside" song got in Top-10 of the American chart, and the composition "Good Vibrations" managed to head the musical chart and was nominated for Grammy Awards in several categories, but it hadn’t become the best.

On the wave of popularity of the group and the interest of youth in new style, Digital Pictures company specializing in computer video games released the game under the name of "Marky Mark and the Funky Bunch: Make My Video", in which the person was offered to create his own music video of the presented video fragments. However, this entertainment was soon recognized as the worst computer game of all times.

In a year guys released the new album which received the name "You Gotta Believe". The new CD turned out to be a failure. It didn’t manage to repeat the commercial success of the first album, and the song collection was recognized as one of the main losers of the year in pop culture. Having recorded one more song under the name "I Want You" which became a soundtrack to the movie "Super Mario Bros.", the band broke up, and Mark began a new musical project.

Continuing to perform under the pseudonym, the American musician decided to create a duet with Prince Ital Joe, a reggae singer. The duet was recorded in Europe where their two albums – "Life In The Streets" and "The Remix Album" were released. Only one composition – "United" which headed the German musical charts in 1994 was successfully recognized by the public.

As a solo performer in 1996 Mark released the single "Hey, DJ" and also the song video for this track. There were no other official CDs released, but Mark Wahlberg continued to compose his music till the end of 90-s. His music sometimes entered the list of soundtracks of the movies with the participation of this American actor.

Being a popular performer of music, Mark received the invitation to play the role of the recruit Tommy Lee Haywood in the movie "Renaissance Man" where the leading role was performed by Danny DeVito. Then Wahlberg played a supporting role in the biographic movie "The Basketball Diaries" where young Leonardo DiCaprio became his partner. Step by step, cinematography entirely captured the actor.

In the movie "Planet of the Apes" directed by Tim Burton which was released in 2001 Mark played the role of Captain Leo Davidson. It’s noteworthy that the picture was enthusiastically met by the audience, but the experts from the film industry criticized this cinematic work.

Then there followed the roles in the movies which received exclusively positive feedback: "Three Kings", "The Perfect Storm", "The Italian Job" and "Four Brothers". The audience especially liked the last movie. The crime fighter was successful in hiring, but the directors hadn't shot its sequel.

For the role of the Sgt. Sean Dignam in the movie "The Departed" Mark won the next nomination for Academic Awards for Best Supporting Actor. "Shooter" was the following movie with Mark's participation which appeared in 2007, but this picture hadn’t received any special awards.

The blockbuster based on the video game "Max Payne", the comedy "The Other Guys", the drama "The Fighter", the romantic comedy "Ted", the thriller "The Happening" and the crime drama "Broken City" – those movies brought success to the actor. Now Mark Wahlberg has an honorable place in Hollywood.

The drama "The Gambler" which came out on the screen in 2014 became one of the last pictures of Mark. This work would receive ambiguous comments from the critics, and many spectators would call the movie the worst in Wahlberg's movie career.

Mark Wahlberg is also known as a producer. The series "Entourage" became his most popular producer’s work. There were 7 seasons of this television movie released on the screen which brought 25 Emmy nominations and 14 Golden Globe nominations.

The criminal and dramatic thriller "The Departed" directed by Martin Scorsese is considered to be the best picture in the creative biography of Mark Wahlberg. There is no doubt, that the fans of the actor cannot agree with this statement, as the American actor has in his filmography a large number of excellent movies which one would like to watch again. Nevertheless, the picture "The Departed" received many film awards and also takes the 208th position in the list of 500 best movies by the version of the "Empire" magazine.

In this movie, Wahlberg got a role of Sgt. Sean Dignam, the deputy chief of the police department on the training of spies in Massachusetts. Mark's hero behaves roughly with his colleagues and subordinates, but he is full of strength to protect the truth and also the police officer Billy Costigan (his role was performed by Leonardo DiCaprio), who works undercover. Dignam would have an important mission – to kill Colin Sullivan (Matt Damon), the traitor in the ranks of the law-enforcement structure.

The role of the Sgt. Sean Dignam brought to Wahlberg international recognition. The American actor was nominated for Academic Awards and Golden Globe Awards as Best Supporting Actor.

As well as many actors of Hollywood, Mark had many romantic relations with his female partners in the movies. For some time the Hollywood movie actor had relations with famous actresses. In the American press, it was reported that among his beloved women were - Jordana Brewster, Reese Witherspoon, and China Chow.

In 2001 Mark got acquainted with the supermodel Rhea Durham who 8 years late became the lawful spouse of the Hollywood film actor. And by this moment they already had three children - two sons Michael and Brendan Joseph and also a daughter Ella Rae. In 2010 one more daughter - Grace Margaret was born at the couple. The family lives in the mansion in the luxurious town of Beverly Hills.

Mark Wahlberg is a devoted admirer of basketball, and "Boston Celtics" remains his favorite team since his childhood. Mark is also fond of cars. The actor could be seen driving his luxury Bentley more than once. The movie star considers this car the best in his motor pool.

Today Mark Wahlberg continues to participate in the shootings of feature films. In 2017 there was released the movie "Transformers: The Last Knight" with the participation of the American actor. For certain, in case of its success, the directors will plan to shoot the sequel to this movie in which Mark will again get the leading role, as earlier he already appeared in the picture "Transformers: Age of Extinction".

Mark constantly monitors his health and physical shape, it is also noted by his fans who are interested in the parameters of the Hollywood star (his growth is 173 cm and he weighs 75 kilos). The actor begins his day at 4 o'clock in the morning when the celebrity goes to the training. The man claims that he always has enough time during the day as he wakes up early. Results can't but please, Mark Wahlberg's photo in the gym already became cult for many people.

The actor doesn't hide his criminal past. Mark claimed more than once that he had made a great number of mistakes and nonsenses in his life. Today the Hollywood movie actor admits that he has revised his behavior long ago and he is also ready to raise his children in the right way so that they won't make the similar evil. 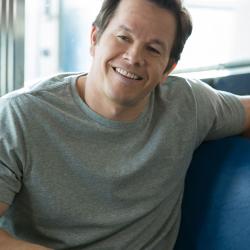