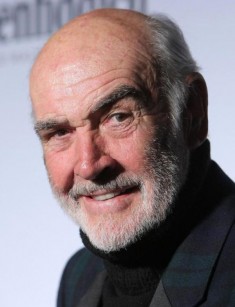 Sean Connery is a famous Scottish actor. He is the symbol of "Bond", a successful film project, based on the novels by Ian Fleming.

Sean Connery was born in Edinburgh, the capital of Scotland. He is Scot. The parents of the future movie star were simple workers. Euphemia McLean, Sean's mother, worked as a cleaner. Joseph Connery, the father of the celebrity, was a factory worker. The family was poor and lived in a small apartment in a multi-story building. Up to 5 years, Sean slept in a cabinet in his parents' bedroom. However, later the living conditions did not improve too much: at the age of 5, the boy was given a corner in the kitchen.

The financial situation of the family worsened after the birth of the second child, Neil Connery. Therefore, 8-year-old Sean got a job. In the morning before school the boy helped the milkman to deliver the ordered goods to the apartments, and after school, he worked part-time at a butcher's shop and at the post office. So Sean could take care of himself and became an independent, strong-willed person.

Sport was the main passion of Sean Connery in his childhood. Especially the boy loved football. He played this kind of sport all free time and sometimes he missed the lessons. It is known that in his youth the actor devoted his free time not only to football but also to horses. Sean changed his hobbies after he got into the theatre.

When the future star was 13 years old, his father suffered a serious injury at work. His face and hands were injured. Sean had to finally leave Darroch High School.Thus, in adolescence, the boy already had to work full time.

The monotonous and hopeless life did not satisfy the ambitious guy and at the age of 17, the young man joined the ranks of the Royal Navy of Great Britain. Nevertheless, soon Sean realized that it is difficult for him to follow the commands. Because of the constant stress, the young man was diagnosed a stomach ulcer. Two years later, the sailor was commissioned with a small pension of 6 pounds per week without the right to join the army again.

The following years were marked by a constant change of professions. Sean managed to work as a road-worker, a handyman, a loader, a driver, a lifeguard and even a photo model. In parallel with the work Connery attended the gym, often visited the dance floor and changed girls one after another.

In 1953, Sean Connery went to London for the "Mr. Universe" competition, in which he took an honorable third place. After this success, the young actor managed to attract the attention of the theatre producer. Connery got a supporting role in the new production. The profession totally captured the actor. Sean's dream became real.

Thanks to his appearance, diligence, and talent, the actor became the main star of the show "South Pacific” for 2.5 years. During this period of life, the future "Bond" shorten the full name, becoming Sean Connery. After the success in the theatre, the Scotsman wanted to conquer the world of cinema. But the first tests proved to be a failure. The directors of the films "Boy on a Dolphin", "High Tide at Noon" and "Lilies in the Spring" refused the actor.

In the late autumn of 1956, there was a progress. The actor appeared in a number of low-budget films: "No Road Back", "Hell Drivers", "Time Lock", "Action of the Tiger". The film "Requiem for a Heavyweight" is the first successful work of the actor. The celebrity got the role of a boxer. The next film, which received positive reviews of film critics, was the film "Another Time, Another Place." In this film, the actress Lana Turner played along with Sean Connery.

The popularity came to the actor in 1962, when the movie "Dr. No" was released. The actor brilliantly played the secret "agent 007" - James Bond. From this moment Sean's photos are recognized by the audience around the world. Until now, millions of TV viewers remember the actor by this film. Many believe that Connery is the most charming and attractive "007" agent. People fell in love with the cute, tall and handsome (Connery's height - 189 cm) actor.

The fictional character became the basis of the Scottish actor's biography. It was his main work in the cinema. Then, with an interval of one year, the sequel to the adventure action movie about Mr. Bond - "From Russia with Love", "Goldfinger", "Thunderball" and "You Only Live Twice" was released. In 1971, another series "Diamonds Are Forever" appeared. The last time Sean Connery played James Bond in the movie "Never Say Never Again." The film was released in 1983. The actor at that time was 53 years old.

In addition to a series of espionage blockbusters, Connery appeared in other films. The celebrity starred in 69 films and 23 television films or series. Critics noted the role of Connery in such films as "The Longest Day", "The Red Tent", "Murder on the Orient Express," "A Bridge Too Far", "Highlander" and "The Name of the Rose."

The film "The Untouchables" was released in 1987. It brought to the actor the long-awaited "Oscar" and "Golden Globe". Also, there was a famous role in the movie “Finding Forrester" by the writer William Forrester.

"Entrapment" is another significant film in the biography of the actor. In this film, the actor once again had a chance to play a character associated with the criminal world. Sean Connery's partner in the film was the British actress Catherine Zeta-Jones.

In 2000, Sean Connery got a knighthood status. Despite the high British awards, the legend of the world cinema is the supporter of the independence of Scotland. He stands for Brexit.

On August 25, 2008, Sean Connery's book "Being A Scot" was published, which is not a typical autobiography. The author mostly describes his vision and opinion of the political situation in Scotland, his own view of the history and life of the people of his beloved homeland.

Sean Connery even before the success in the cinema was popular among women. Photojournalist Julie Hamilton, actress Shelley Winters, Ursula Andress and Brigitte Bardot, singer Lana Wood. And it is not the whole list of the actor’s women. Nevertheless, only when Connery was 32 years old he decided to say goodbye to his bachelorhood.

For the first time, Sean married the Australian actress Diane Cilento. In this marriage, the son Jason Connery was born, who later also became a popular actor. The couple lived together for more than 10 years.

Connery's second marriage was with a French-Moroccan woman Micheline Roquebrune, a successful artist. The couple got married in 1975. The couple doesn’t have children. Despite the difficulties, the couple is still together. They live in the Bahamas.

The actor’s hobby is football since childhood. Connery is a passionate fan of Rangers F.C. Also the celebrity is interested in golf. In his youth, he was keen on karate and received a black belt in the style of the Kyokushin.

The famous actor didn’t star in films for a long time. 2017 was not an exception.

Michael Caine, a friend of Sean Connery, once in an interview with media representatives said that the famous Scot refused to act in film after the unsuccessful film of The League of Extraordinary Gentlemen. Caine noted that they rarely meet because Sean travels not so often. In addition, the symbol of "Bond" has refused a large number of proposals, not wanting to play the elderly characters.

Connery often appeared at various events in Scotland. The film star tries in every possible way to emphasize his nationality. For example, for all solemn events of national scale, Sean wears a traditional Scottish kilt.

Today, Sean and his wife are trying to find peace in the Bahamas, where the estate of the legend of world cinema is located. Nevertheless, the serene, peaceful and happy life of Connery was broken by bad news.

In the Spanish press, more than once appeared information that Connery was suspected of the country's special services in the late 60's. The reason for this interest on the part of the Spanish law enforcement agencies is the purchase of a villa in Marbella. Investigators suspected Connery of involvement in illegal projects of his friend, who served as mayor of the resort town. Investigators suggest that Connery violated the laws of Spain, helped to turn a sleepy town into a thriving resort, and also financed the construction of expensive villas on the beach. The mayor was later found guilty, the official received a life sentence.

Sir Sean Connery does not pay attention to attempts by Spanish law enforcement to find evidence of his guilt. The Scot demonstrates a composure, traveling with his wife on a golf car, and also walks along the beautiful beaches of a beautiful island. They enjoy turquoise lagoons, the warmth of the sand of the Atlantic coast. 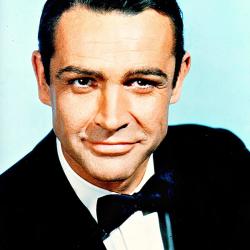