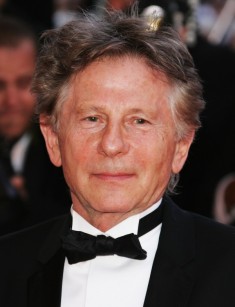 Roman Polański is one of the greatest world cinematographers of the post-war period who possesses all main awards of which his colleagues just dream. At the same time, Polański is called the most pessimistic director. Probably, such vision of life had turned out to be the consequence of the tragic childhood of this creator of gloomy and horrible pictures.

Roman Polański was born in Paris in August 1933. His real name given to him at birth is Rajmund Roman Liebling. The famous director has Polish and Jewish roots. Three years later after the son's birth, the family of the Polish Jewish emigrants Bula Katz and Moyzesh Liebling returned to Poland. The World War II which had burst out and the German occupation affected the Liebling’s family greatly. They had got to the Krakow ghetto. Roman Polański managed to escape. Until the end of the fascist occupation, he had been living in the Polish family on some distant farm.

The mother of future director died in Auschwitz, and his father managed to survive. He had found his son and sent him to study in the technical school. But Roman had had some other plans. He was enchanted by the world of cinematography and theater.

The crucial role on the choice of future profession was played by the English drama in noir style "Odd Man Out" which Roman Polański had seen. Polański calls this movie his favorite one till present days. Subsequently, the majority of creative works of Roman came out in this cynical and pessimistic genre.

In 1953 Andrzej Wajda involved 22-year-old Polański in his project "Generation". The director had managed to see the considerable potential in the young man and helped him to enter the National Film School in Łódź. And even though Polański hadn't finished it, as he had considered the subject of his diploma uninteresting, but anyway he had received the basis of the cinematic education.

Ten years later Roman Polański had begun his own cinematic career. After several short length films, he had shot the debut feature movie "Knife in the Water". In Poland, this psychological thriller had been met with restraint. In this movie, the young director had for the first time implemented his favorite methods: the movie was oversaturated by aggression, absurdity and some terrible understatements which allowed the audience to fill in the rest by some terrible aspects. The general secretary of the Polish Central Committee of the Labour Party Władysław Gomułka who had come to the premiere hadn't kept himself and had even thrown the ashtray which was at his hand into the screen.

However, abroad the movie was met enthusiastically and was even nominated for Academic Awards. Polański had moved to England and there he had shot his next two pictures. In 1965 his movie "Repulsion" was released. Catherine Deneuve appeared in the leading role of this gloomy drama in traditions of Alfred Hitchcock. The tape received prestigious awards of the Berlin Film Festival, including the main Silver Bear award.

A year later the new cinematic masterpiece "Cul-de-sac" by Roman Polański was released. The director considers this picture to be his best work. This movie brought him the second Silver Bear award.

The dark comedy "Dance of the Vampires" about the triumph of evil came out on the screen in 1967. This picture anticipated the release of the well-known thriller "Rosemary's Baby" which came out a year later. This movie marked the beginning of fashion for mysticism and Satanism. "Rosemary's child" in which the leading role was performed by Mia Farrow had been noted with a number of awards among which there were the following – Academic Awards, the Golden Globe Awards, and Edgar Poe's Award.

The movie tells a horrible plot about the woman who expects a baby and by vague symbols, she suspects that the people surrounding her are members of the devilish cult who have some terrible plans for her and her child, who will be born soon. At the same time, the plot of the movie hints that the child with whom Rosemary is pregnant has the demonic origin.

The movie had left an impressive cultural heritage after its release. A number of remakes both in full-length and in the series form had been shot subsequently on the basis of "Rosemary's Baby". For the director himself "Rosemary's Baby" became a kind of prophetical movie.

Soon after the release of this movie a tragedy had happened in Roman Polański’s life which was worth his movies. In 1969 his pregnant wife Sharon was brutally killed. She and three friends of the director were killed by the members of the group of mentally crazy Charles Manson.

Polański had left Great Britain and had gone to Europe and stayed there for several years. There he had shot a couple of his "masterpieces" in his favorite "noir" genre. The movie "Chinatown" became the most considerable of these movies. This work was the best of all pictures that were directed and shot by Polański in 70-s. The picture was noted by the Golden Globe Awards for Best Director and was nominated to 11 Academic Awards nominations.

Also in 1976, the director shot the picture "The Tenant" which finished "the room trilogy" the other parts of which are considered the above mentioned "Repulsion" and "Rosemary's Baby".

The melodramatic picture "Bitter Moon" is considered to be the most impressive movie by the director in the period of 90-s. Nevertheless, the movie hadn't paid off in the hire and had received a number of negative comments because of the sadomasochistic inclinations represented in the plot.

The movie tells about an ordinary married couple: at the beginning of their relations, the man tortured, deceived, humiliated and despised the girl who had fallen in love with him, but with the time the circumstances had changed, and being a woman already she received an absolute power over her spouse. The picture shows what comes of such relationship based on hatred.

The director raised a topic of Holocaust which he had experienced on his own in his project "The Pianist" which was released in 2002. Adrien Brody who had played the main character won the Academic Award and the movie was noted by the Golden Palm Awards.

In 2013 the new movie by the director came out. It was the drama with the elements of the comedy "Venus in Fur", based on the same-name story of Leopold von Sacher-Masoch. The picture was premiered at the Cannes Film Festival. The movie tells about the audition of the actresses which was carried out by the beginning director as he wanted to stage his own play.

In 1977 the scandal had burst out: in the USA Roman Polański was accused of defilement and rape of 13-year-old Samantha Gailey. The girl told that Polański invited her, a 13-year model, to Jack Nicholson's house allegedly for a photoshoot. At the same time, he treated Samantha with champagne and gave her the methaqualone drug.

The director was arrested. He signed the plea agreement. It allowed reducing the accusation. Polański had undergone psychiatric inspection at the hospital of one of the Californian prisons. But shortly before the court, the director had learned that the judge didn't intend to agree with the suspended imprisonment recommended by the prosecutor's office. Roman Polański escaped to London. And from there, to avoid extradition he left to France.

Polański was arrested in 2009 in Switzerland where he had arrived to receive an award. In spite of the fact that the warrant for arrest had been issued in the USA in 1978, the principle of prescription didn't extend to the director because of his escape. A great number of his famous colleagues had supported Polański and also the Minister of Culture of France, as at that time Roman already had the French citizenship.

In summer of 2010, Switzerland released the star from house arrest and refused to the USA in extradition.

In 2017 Samantha Gailey asked the court to dismiss the case. The woman said that she had forgiven the director long ago, and the court concerning the crime of forty-year prescription would change nothing in the victim's life anymore. Also, Samantha noted that the attempts to imprison the 80-year-old person for half a century were beyond justice.

On the wave of this statement, the new mass discussion of this ticklish situation had risen. The representatives of human rights organizations working with women and children reminded the press that the court wanted to punish already aged director not because of the unjustified cruelty of the law but because of the fact that in due time Polański literally ran away from the punishment to another country.

Another wave of indignation was caused by the appointment of the director to be the chairman of the prestigious French César Awards the same year. According to the human rights activists, this appointment literally legalized the violence committed by the people who had "the star status". After this sensation, the director refused this position.

For the first time, the director married in 1959 to the Polish actress Barbara Kwiatkowska. They had lived together for 3 years only.

Six years later after the divorce, the personal life of Roman Polański had changed. During the shootings of his first color tape, he met his new love – the American actress Sharon Tate. But this marriage had tragically finished just in a year when Sharon who was expecting a baby she was killed by the cultists.

In 1979 the movie "Tess" directed by Roman Polański was released. In this movie, the leading role was performed by Nastassja Kinski. It is said that the director had a love affair with her in 1976 when Kinski turned 15 years old.

French model and actress Emmanuelle Seigner became the third spouse of the star. They are together till present days. In their marriage, two children were born at them. Seigner appeared in the husband's pictures "Frantic", "The Ninth Gate", "Bitter Moon" and "Venus in Fur".

By the words of his admirers, Roman Polański most likely owing to his age is not a fan of social networks, Instagram or messengers.

In 2017 Roman Polański presented to the public his new movie – the psychological thriller "Based on a True Story". The movie was included in the out-of-competition program of the anniversary 70th international Cannes Film Festival.

The plot of the novel by the French writer - Delphine de Vigan, the winner of Prix Renaudot and Prix Goncourt des Lycéens, became the basis of the movie. The book has an autobiographical plot and tells about the life of the writer called Delphine who after she had become successful had got depression. Emmanuelle Seigner played the role of the writer. Eva Green got the supporting leading role of the mysterious obsessed woman who intruded in Delphine's life.

In 2018 some information appeared about the fact that Roman Polański would become the hero of the movie. The ninth movie directed by a not less famous colleague of Polański - Quentin Tarantino will be focused on the murders committed by the members of the cult of Charles Manson, to be exact - on the loud murder of Sharon Tate, Roman Polański's wife. Margot Robbie will play the role of the victim, also, Brad Pitt and Leonardo DiCaprio will appear in the leading roles.

The premiere of this picture which narrates the period of the biography of the director at the end of the 1960-s - beginning of the 1970-s is set up for August 2019. 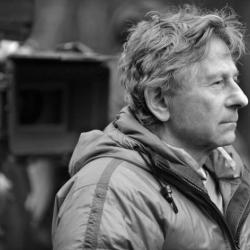