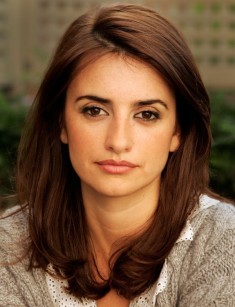 Penelope Cruz is a Spanish actress and model, who gained recognition both in her native Spain and in Hollywood, where she starred in popular blockbusters around the world. The actress played major parts in such films as Pirates of the Caribbean: On Stranger Tides, To Rome with Love, Nine, Blow, Vanilla Sky and many others and became the first Oscar winner among Spanish actors and actresses. Cruz has not also given up acting in art films and arthouse Spanish, French and Italian cinema.

Penelope Cruz Sanchez was born in the Spanish town of Alcobendas in April 1974. Her parents were simple and poor people. The mother Encarna Sanchez worked as a hairdresser, her father Eduardo Cruz worked in the retail business. Penelope was the eldest child. Son Eduardo and daughter Monica grew up in the family too. The children were brought up in the Catholic tradition.

Penelope Cruz thinks that she had a happy childhood. From a young age, she was fascinated by classical ballet, which she studied at Spain's National Conservatory. After graduation, she went to America, where she improved the art of dance at the famous Cristina Rota’s school in New York for four years.

Penelope thought about an acting career at the age of 14. The starting point was watching a comedy Tie Me Up! Tie Me Down! by Pedro Almodovar. The girl was looking for an agent for a long time, but her young age was an obstacle. Fortune smiled upon her when Cruz was 15 years old and she was taken into the agency. She signed the long-awaited contract. Penelope did her best to outperform three hundred competitors to achieve this.

For the first time, Penelope Cruz appeared on screen in 1989 in the clip of the pop band Mecano. The girl dated with its lead singer. From 1990 to 1997 the future actress hosted a TV show for teenagers.

In 1993, Cruz played a major role in the comedy film Belle Epoque and received a Spanish Actors Union Award. Penelope starred in dozens of Spanish and Italian movies after the release of the comedy for 3 years.

The Spanish actress moved to New York at the age of 25, where she began to learn ballet and to improve her English.

In 1997, Penelope Cruz played an admirer of John Lennon in the comedy film Love Can Seriously Damage Your Health. But viewers were more attracted by such movies as A Corner of Paradise and Live Flesh. In the latest film, she played a woman of easy virtue. This melodrama by Pedro Almodovar was the joint work of the actress and Spanish director. Thereafter, Penelope not only played a lot in Almodovar’s films but also they were good friends. The great director called Penelope his muse.

In 1998, Penelope Cruz starred in her first American western The Hi-Lo Country. The movie was a flop in terms of box office and reviews of film critics. However, Penelope was nominated for an ALMA Awards. The Spanish actress has played in the image of the singer in the film The Girl of Your Dreams. She got the love of viewers and many awards, the most important one was the Goya Award and a nomination for the European Film Award. In 1999 and 2000, Penelope Cruz starred in two remarkable movies by Pedro Almodovar. She brilliantly played a minor role in the film All About My Mother, and the lead part in Woman On Top.

Penelope Cruz considers the year 2001 a crucial point in her film career. She played in two films that brought her world fame. This is the drama Vanilla Sky, where the Spaniard played the role of Sofia, the girlfriend of the main character. Although the film received mixed reviews from film critics, the audience liked it. The box office also met expectations, bringing more than $ 200 million in worldwide grosses. The drama Blow was received with no less interest. The viewers of different countries warmly welcomed the film, but box office was lower than after Vanilla Sky. Although the roles in these films brought her huge popularity, the actress received a mock Golden Raspberry Award.

The period 2001-2006 was marked by the downturn in the acting career. Only one film out of 10 with Penelope was adopted more or less good, it was the film Don't Move. The brunette got David di Donatello Award and one more Goya Award for the lead part in this project.

The recession turned into the rise. Penelope played together with Salma Hayek in a comedy action movie Bandidas, and Almodovar’s film Volver followed up a previous success. Volver brought the actress the incredible popularity and the Oscar nomination. In addition, she has received many other significant awards, including the Golden Globe, the BAFTA Award and the Screen Actors Guild Award nomination in the United States. Penelope received another national Goya Award in Spain.

2008 was an extremely fruitful and successful year for Cruz. She starred in the film Elegy, Manolete, and Vicky Cristina Barcelona. The three films were very well received by critics and viewers, but the last one was a real triumph for the Spanish film star. Penelope received the long-awaited Oscar for a secondary role. She is the first Spanish actor, who got the desired statuette.

The following actress’s role in the movie Nine by Rob Marshall was nominated for Oscar Awarded. Penelope Cruz played together with Nicole Kidman. Soon Penelope was again invited by this director in the project Pirates of the Caribbean: On Stranger Tides. The actress played Angelica, the beloved of Jack Sparrow. Johnny Depp as usually played the role of the pirate. She had to learn to fence for the role. Her sister Monica played instead Penelope in some shots, as Cruz was pregnant.

In 2011, Penelope got a personal star on the Walk of Fame in Hollywood. The actress confirmed her worthiness of the star in 2012 and 2013. She played Anna in Woody Allen’s film To Rome with Love and the heroine of the thriller The Counselor.

In 2012, the actress again played the lead role. Penelope Cruz played Italian Gemma in the Twice Born, based on the novel by Margaret Mazzantini. The main character recalls the past in Sarajevo, in which personal relationships, attempts to obtain permission for adoption, the formation of a young family and the civil war in Bosnia intertwined.

In 2013, the actress played a major role in Pedro Almodovar’s comedy I'm So Excited! The film shows a tragic situation. Something is wrong with the plane which flies to Mexico. Both the crew and the passengers become helpless because of the electronics failure. The main role in the picture was also played by Antonio Banderas.

In 2015, Penelope Cruz appeared in the Spanish drama, MaMa. The actress played the main role of talented teacher Magda, who tries to defeat the disease and return to a happy life.

There are some famous close friends in the life of the actress. Penelope has been friends with Pedro Almodovar for almost 20 years. She has a good and long friendship with Salma Hayek.

The Spaniard dated with Tom Cruise for three years. This love affair ended, but they remained good friends. Cruz was one of the first Cruise’s friends, who saw his newborn daughter Suri. Penelope had a short affair with Matthew McConaughey after the relationship with Tom Cruise.

In 2010, Penelope married Javier Bardem. Cruz met him when they starred in one of Penelope’s first movies Jamon, Jamon, but they fall in love only in 2007. The couple has son Leonardo and daughter Luna, born in 2011 and 2013.

Penelope is fluent in four languages. She speaks French, English and Italian besides native Spanish. The actress is a vegetarian and she does a lot of charity work. She has established a foundation that supports homeless Indian girls after meeting with Mother Teresa. Penelope has built a school and a clinic in Calcutta at her own expense for this purpose.

Penelope Cruz is widely known in the fashion world. In 2006 she was the face of L'Oréal. Penelope often starred in advertising of clothes of the Spanish company “Mango” and fashion house Ralph Lauren. There is the clothing store of Penelope Cruz and her sisters in Madrid. The actress has an official account on Instagram. Penelope Cruz posts posters of upcoming films, photos with other stars, selfie, interesting landscapes, share the videos she likes. The page reflects the character of the actress, despite the fact that Cruz does not share very personal photos. 1.9 million people follow her page.

In early 2016, the comedy Zoolander 2 appeared on the screens with Ben Stiller in the main role of the former popular model Zoolander. Penelope Cruz played the main female role in the film. The actress appeared in the image of a special agent of fashion police. She is forced to ask Zoolander for help to investigate the series of murders of models.

In March 2016, the actress appeared in the comic thriller Grimsby with a screenplay by Sacha Baron Cohen.

In November 2016, Penelope Cruz returned to the role of singer and actress Macarena Granada in the comedy film The Queen of Spain which was a sequel to 1998 drama The Girl of Your Dreams. The action takes place in 1938. The popular actress Granada will play Queen Isabella I of Castile, the Spanish heroine who united the country. The actress moves from Germany, the country where she was popular, back to Spain, where she prepares for the role, meets old friends and faces the Franco regime.

The premiere of the crime film Murder on the Orient Express is scheduled in November 2017. The film is an adaptation of the series of books about the detective Hercule Poirot by Agatha Christie. Penelope Cruz will play the role of Greta Olson. 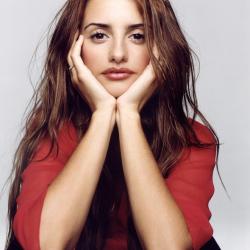