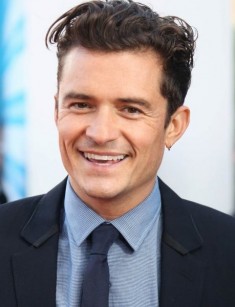 Orlando Bloom whose full name is Orlando Jonathan Blanchard Bloom was born in January 1977 in Canterbury, the old British city in the county Kent. His parents were respected people: the mother was born in Kolkata, managed her own language school for non-native speakers in Canterbury, and wrote books; the father Harry Bloom of Jewish origin was born in the Republic of South Africa, fought apartheid, and even worked as Nelson Mandela’s lawyer. Because of persecution, he moved to England and became the professor of the University of Kent.

The father died when Orlando was 4. The would-be actor and his elder sister Samantha got a foster father Colin Stone. When the boy turned 16, the mother confessed he was Orlando’s biological father.

Since childhood, Orlando Bloom began to be interested in art, and his mother encouraged it in every manner. From her, the son inherited the love of theater and learning languages. He also adored horses and later learned how to ride them perfectly.

At school, the young Bloom appeared on the theater stage playing different roles in amateur performances. At 16, Orlando got incredibly lucky: he traveled to London where he went on the stage of the National Youth Theater for two seasons.

For his performance, he earned the educational grant in the prestigious British American Drama Academy for one year. This is where Orlando Bloom’s career began. The young actor appeared in the performance “A Walk in the Vienna Woods” and made a final decision to become an actor. For this purpose, he hired a personal agent.

Just like the majority of his colleagues, Orlando Bloom debuted in a minor role – it was the series “The Accident” that appeared on the big screen in 1996. Next year, he had another episode in the scandalous full-length movie “Wilde” where the main characters were played by the famous Jude Law and Stephen Fry. Bloom played a male prostitute, but he was happy even with this role since he appeared in the same project with real Hollywood stars.

For the next 3 years, Orlando Bloom mastered his skills in Guildhall School of Music and Drama. In his last school year, he managed to pass the auditions for Faramir in the grand project by Peter Jackson “Lord of the Rings.” To his delight, he was given a more attractive role – the elf Legolas. The tormenting work took place in New Zeland and lasted more than a year and a half. After it finished, Orlando Bloom traveled to India to have a rest. As he returned home, he discovered a pleasant news: he was a Hollywood star.

The name of the young actor was included in the top 20 popular Internet search requests. The British man also won the prestigious Empire award for his splendid debut.

Soon, Bloom managed to reinforce his position in the movie Olympus: he starred in the war drama “Black Hawk Down” by Ridley Scott. This movie was full of naturalistic scenes picturing the harsh combats that took place in Somalia during the American peacekeeping mission.

In the early 2000s, Bloom starred in the last two movies of the trilogy “Lord of the Rings.” The further work in the drama “Ned Kelly” where Bloom played Joseph Byrne was awarded by The Australian Film Institute for the best supporting actor.

In 2003-2004, the star played in the projects that became his new achievements: “Pirates of the Caribbean: The Curse of the Black Pearl,” “The Calcium Kid,” and “Troy.” Due to the role of Paris, Orlando’s fan base multiplied.

Since the mid-2000s, Bloom appeared only in the iconic movies made by famous Hollywood directors: “Haven,” Kingdom of Heaven,” “Elizabethtown,” and “Love and Other Disasters.” These movies are notable for the great box office; they brought a new wave of fan’s love for Orlando Bloom.

All eyes of the press are on the Hollywood star. Orlando Bloom is known as a Buddhist. He pays much attention to ecological issues: he had his London house equipped with solar panels; the actor loves animals, and he gave shelter to the semi-mongrel he had rescued - the dog Sidi.

Orlando Bloom’s personal life is quite often discussed in media. For 5 years, he had a relationship with Kate Bosworth. The actors’ friends introduced them to each other. The couple broke up in 2006.

Many love affairs are prescribed to the star. The famous names of Uma Thurman, Kirsten Dunst, Sienna Miller, Penélope Cruz, and Naomie Harris appeared in this context. Once, the paparazzi took a photo of Orlando and Jennifer Aniston on vacation in Mexico.

In 2010, the actor married the famous Australian supermodel Miranda Kerr. At the beginning of 2011, their son Flynn was born. However, the child did not save this marriage: in 2013, the couple split up. 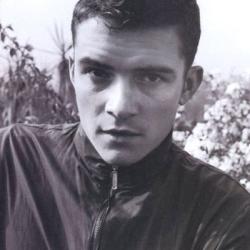