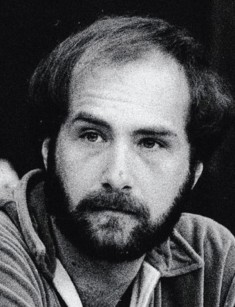 Billy Milligan was an American citizen, who was famous for multiple personality disorder. He was charged with rapes and robberies, but was the first man who was acquitted by the USA court due to mental disorder. In 1977, he was sent for compulsory treatment and went down the psychiatric history as an owner of 24 full fledged personalities.

William Stanley Milligan was born on 14th of February in 1955. He was one of the sons of American comic Johnny Morrison. Father committed suicide when the boy was 4. His mother, Dorothy tried to arrange her private life for several times until she got married to Chalmer Milligan in 1963. A new husband turned up cruel person who was inclined to violence and sadism.

Researches consider that the William Milligan personality, better known under the shortcut name Billy, split at the age of 8, when his stepfather outraged him. The rape occurred in the barn next to the Milligan’s house. Severe child injury entailed mental illness in the future. Due to researches, the youngest personality, living inside the man, was no more than 3-4 years old. This age fell on the period when Billy’s father made 2 attempts of suicide.

Milligan gradually turned a criminal from the victim. The first time the man was arrested in 1975 for armed robbery. Milligan was imprisoned for personalities that afterwards were entered the list of illicit persons.

Billy lost control of the body at the age of 16, when he tried to attempt suicide for the first time. Arthur that was an expert and security official Ragen, being in his body, put down the main owner and made him sleep. After Billy fall a sleep,the number of active personalities increased. Two of them led Milligan to the prison for the first time: Brooklyn Phil was involved in homosexual couples’ robberies and his friend Kevin attacked a pharmacy.

One of Milligan’s personalities described his internal world as a dark room in the center of which was a ray of light. A person need to «stand on the spot» to take possession of the mind. While being in prison the main dominant personality was a Yugoslav communist, Ragen Vadascovinich, and after prison, this place took Englishman Arthur. These two persons decided who and when can stand on the spot.

When personalities were unconscious of mind, they slept, over watched or interacted with each other. The term «family» was used to identify this group. Arthur and Ragen could prohibit one of the personalities and deprive to stand on the spot. So it was with Adalana, for example, because Billy’s body was imprisoned for the second time through her fault. «Quiet» female soul became an aggressive lesbian, which had committed the student’s rapes under the drug’s influence. Personality tried to piece out the lack of love and care this way. Arthur and Ragen put Adalana in the list of «unwanted» persons after this occasion and banned them to take possession of the mind.

Milligan was released on parole in 1977. However,a few months later he was arrested again for raping and robbering three students. Two of the victims identified him by photo, and then the suspect was taken into custody. Milligan underwent a psychological examination after suicide. Dominant personalities let real Billy go to the «spot» and he did not come up with anything better than to try to kill himself, smashing his head against the wall.

It became clear that the recidivist is not all right with the psyche after the psychological examination. The court admitted Milligan insane that is why he was sent for treatment to the state clinic. It was the first time in the USA, when the man with a diagnosis of «multiple personality» relieved from criminal liability.

Billy Milligan was core personality. He spent most of his life asleep. Other individuals isolated him to save the life of the common body.

The fact was that Billy constantly tried to commit suicide from the young age. Arthur Smith, Reidzhen Vadaskovinich, Allen, Tommy, Danny, David, Christine, Christopher, Adalan a and other 13 personalities lived his life.

There was a place in Billy’s mind for another person in addition to listed ones. Personality «Teacher» shown himself for the first time when Milligan was treated. This character had memories of all people lived in Billy’s mind. It is the «Teacher» who helped Daniel Keyes with the material for a book about Milligan's life.

Psychiatrists believe that the reason for American personality splitting were his stepfather’s mockeries. Rape might not be a single case; there were other manifestations of violence by Chelmill Milligan against the stepson.

There was the 19 year old April among the William’s personalities, who was obsessed with the idea of killing her stepfather.The girl in Milligan’s head was developing a revenge plan, but she was displaced by dominant Arthur’s personality. Then April persuaded Ragen to kill her stepfather, because she could not do it herself. Intellectual Arthur hardly convinced Vadaskovinich to leave his stepfather alive.

Based on the information obtained during the Billy’s treatment, Chelmer Milligan was accused of rape and child abuse.

Different people, which lived in the Billy Milligan’s body, had their private lives.The most famous were the love episodes of 16 year old Tommy and 18 year old Allen. Intimate relationships were forbidden for all male personalities of Milligan, because they could reveal his illness. The only female personality of Billy, Adalana, did not follow celibacy. She was an open lesbian and had intimate relationships with the other beloved of Milligan’s personalities. It was Adalana who committed several women’s rapes, for which Billy was arrested in 1977.

Daniel Keyes mentioned in his book, that at the time of contact with his victims, mentally ill American was under the drug’s influence. This explains the chaotic change of personalities at the time of the attack and aggressive behavior of Adalana.

It must be noted that the psychiatry in the seventies was not so developed as well as nowadays. The doctors decided that Milligan suffered from acute schizophrenia. There were only few cases of multiple personality split, so additional examination was needed to make an accurate diagnosis.

Modern psychiatry classified Milligan as a classic example of pathology. His story and photos were included in many training manuals on the theme of therapy and diagnosis of mental illnesses.

The man spent about 10 years in a psychiatric clinic. He was released in1988. It is believed that the reason for hospital’s release was a cure; however, there were the evidence that the patient had not become a whole person. According to the lawyer, some walls were covered with mathematical formulas, while others were painted hastily in he former prisoner’s house.Doctors believed that personality of William Milligan returned the control of the body, however, how things were in fact was not known.

The man lived in California for some time and did cinematographic business. His company went bankrupt and Billy disappeared from public view. He stopped interacting with his acquaintances and did not even withdraw the money that was returned to his account after paying debts.The last known Milligan’s place of being was the nursing house.

Milligan died in 2014. The news of his death appeared in press on December 16. The cause of Billy’s death was cancer. The man died before even reaching 2 months to the age of 60 at a nursing home in Ohio.

The story of the American citizen with the diagnosis of «multiple personality» attracted the attention of publicists and filmmakers. Details of Billy's life became the basis for Daniel Keyes’s documentary novels «The Minds of Billy Milligan» and «The Milligan Wars».

In 1997, Todd Graff with the participation of Denny De Vito wrote a screenplay for the feature film «Crowded Room», based on real events of the life of a multifaceted American.

Many famous actors claimed the role of mentally ill person, which even met Milligan for advice. Ultimately the company of Leonardo DiCaprio «Appian Way took up the production of the film. The main role went to the Oscar winning actor. DiCaprio admitted that he had dreamed of playing Milligan for about twenty years. The release date of the film was not yet known.

The movie «Split» that was released in 2016 told the story of a man with multiple splits of personality. James McAvoy played the main role in the film. Opinions about the film were divided, but positive reviews turned out to be more. The main character of the movie «Split», as in the case of Milligan, had 24 separate personalities. Some plot details of the film overlapped with the facts from Billy’s biography, but the movie is not biographical.

The premiere of the play «Billy Milligan», based on documentary materials about the life of an American with the diagnosis of «multiple personality», took place on the stage of «Such Theater»in St. Petersburg in the summer of 2016.