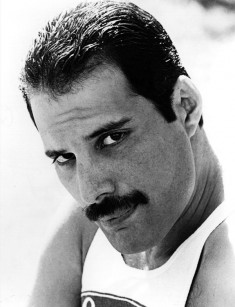 Farrokh Bulsara, known as the iconic vocalist of the group Queen Freddie Mercury, was born in Tanzania in 1946. His parents, Bomi and Jer, were the Parsi – the Zoroastrianism followers. Farrokh’s sister Kashmira was born six years later. By that moment, the Bulsara had moved to India and stayed in Bombay. 6-years-old Farrukh went to school in Panchgani, pretty far from Bombay, where his grandfather and uncle gave him shelter. At school, the English-speaking classmates started calling the boy “Freddie.”

Freddie was a diligent student. Soon, he became passionate about sports, such as hockey, tennis, and boxing; he was also interested in music and painting. He was good at drawing and presented his works to all his friends and relatives. However, it was singing that Farrukh really loved. School choir lessons took him much time. The student’s splendid vocal attracted the principal’s attention. He suggested the boy’s parents they develop his talent on the piano course and promised to help with the reasonable course payment. Thus, Freddie Mercury began his music course; as he graduated, he was marked as the best student.

At 12, Freddie and his friends started their rock group The Hectics. The boys played and sang at school discos and everywhere they were welcome.

In 1962, when the would-be leader of Queen was 16, he finished school in India and came back to Zanzibar; his parents also moved there. Two years later, the political situation in the island changed: Zanzibar gained its independence from Great Britain, and civil disturbances followed. The family moved to London.

In 1965, the young man became the student of the prestigious college Ealing where he studied painting and design and continued his music and ballet lessons. Jimi Hendrix and Rudolf Nureyev were his idols.

During his studies at Ealing, Freddie left parents’ house and together with his friend and musician Chris Smith rented an apartment at Kensington where the London bohemians lived. At this time, Freddie also met his college peer Tim Staffel who was the leader of the group Smile. Soon, Freddie began to visit the group’s rehearsals where he got acquainted with all the musicians. With the drummer Roger Taylor, he got on particularly well and even moved to his place in a while.

Having finished the college in 1969, 23-year-old Freddie received his graphic designer diploma; he drew a lot. Taylor and he opened a small shop where, among other commodities, Bulsara’s works were sold.

In the same year, Freddie met the musicians of the group Ibex from Liverpool. In several days, he learned the whole Ibex repertoire and even added his own songs. After Ibex had broken up, Freddie, who couldn’t imagine his further life without music, found a new group in a newspaper – it was called Sour Milk Sea, and the rookie was accepted at once when the group members saw his talent. Freddie’s movements were excellent, and his four-octave voice range attracted everyone.

As long as one of the musicians left, the group broke up. However, a new one, consisting of the musicians of the two previous groups, appeared – it was Queen. In 1971, after numerous changes, the group line-up became constant. It was Freddie who drew the group emblem with the letter Q in the middle, with the Zodiac signs of the musicians around. In 1972, during the debut album recording, Freddie changed his second name for the pseudonym Mercury.

Soon, the song by Freddie Mercury “Seven Seas of Rhye” got in the British charts. A year later, in 1974, “Killer Queen,” the first hit song of Queen, was released. The most successful song of the group “Bohemian Rhapsody” followed right after that and remained at the top of music charts for 9 weeks. The first music video in the world was filmed for it. The Official Charts Company named “Bohemian Rhapsody” the best song of the millennium. The second hit of the group, “We are the Champions,” became an unofficial hymn of sports competitions and Olympic Games winners.

In 1975, the group was touring around Japan. It was not the first time of touring abroad – Queen had already performed in the USA. However, such an overwhelming success was novel. The musicians felt they were stars. During this tour, Freddie Mercury fell in love in the land of the rising sun and started collecting pieces of Japanese art.

In October 1979, the Zanzibari musician’s dream came true: with his song hits “Bohemian Rhapsody” and “Crazy Little Thing Called Love,” Mercury performed with the Royal Ballet. Next year, Freddie changed his image significantly: for the first time, he got a short haircut.

In 1982, the group announced the time-out period in the tour schedule for a year. Mercury made use of this pause to record his first solo album in Munich. Next year, in May, the musician met Montserrat Caballe.

July 13, 1985 is a genuine peak of Mercury’s and Queen’s musical career. The group took part in the grand show at Wembley Stadium where Elton John, Paul McCartney, David Bowie, Sting, and many other stars were also on the stage. However, it was Mercury’s performance that was unanimously acknowledged as the highlight of the program. During the Queen’s show, the 75-thousand crowd felt euphoric, and after this concert, Freddie became the rock legend.

A year later, the team had the last tour called “Magic Tour” when the last shows with Freddie Mercury were held. This time, 120 thousand fans gathered at Wembley Stadium. The concert recording “Queen at Wembley” was later released later. The tour finished in Knebworth. Since then, Mercury never gave performances with the group.

In spring 1987, Freddie and Montserrat Caballe began their work on the joint album “Barcelona” which was released in October 1988. At that time, the singer and the opera star’s joint concert took place. It was the last performance of the legend.

The rumors about Freddie Mercury’s disease started in 1986.The information that the singer went for a HIV test leaked to the press. In 1989, the disturbing rumors that Mercury was trying to deny till the end, were confirmed: Freddie lost much weight, with his haggard look as the most reliable evidence of his terrible illness.

In that period, Mercury was working hard with his last bits of strength: he realized he had to do so much before it was too late. He recorded the songs for two next albums, “The Miracle” (1989) and “Innuendo” (1991). The music videos for the latter are all black and white – it was the only way to camouflage Freddie’s appearance changes.

On November 1991, Mercury’s official statement concerning his disease – AIDS – appeared. Next day, November 24, Freddie passed away. He was buried under the Zoroastrian rite with the only deviation: his body was cremated. Only the nearest were present at the at the funeral. Except the family and friend Mary Austin, nobody knew where Mercury’s ashes were buried. In 2013, the fans found this place: it is Kensal Green Cemetery in the western part of London.

Freddie Mercury met Mary Austen, the closest person in his life, in 1969. After several years of living together, they split up: Freddie came out as a bisexual. However, they preserved their friendship and closeness to Mercury’s death. Austen was Freddie’s personal secretary; he dedicated the song “Love of my Life” to her. It was Mary Austen whom the musician bequeathed his mansion and most of his fortune. He was also her eldest son Richard’s godfather.

After Freddie’s death, the talks about his orientation wouldn’t stop. In some interviews, his friends Brian May and Roger Taylor who were pretty close with Mercury confirmed that the musician was gay.

George Michael talked about the singer’s bisexuality, and Freddie’s personal assistant made public the memoirs where me mentioned several men the musician had close relationships with. Jim Hutton revealed his 6-year affair with the legend in his book “Mercury and Me.” 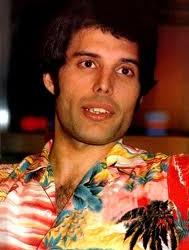