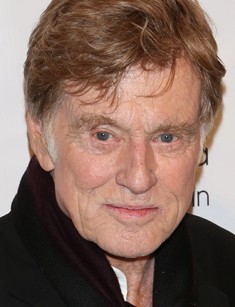 Robert Redford was born in Santa Monica, California in August 1936 to a simple family. His mother was a housewife, died in 1955, and his father worked as a milk peddler, but later worked as an accountant in the oil company.

After graduation Robert Redford entered the University of Colorado. But because of alcohol abuse the student left the university. Then Robert moved to New York and entered the local university, choosing the faculty of art and scenography. Having received a diploma, Redford decided to see the world and went to travel around Europe. In the journey, he began interested in painting. Therefore, upon his return to New York, he became a student at the Pratt Institute, choosing a specialization of a "theater artist".

Soon the world of theater captivated Robert, and he studied acting in the Academy of Dramatic Art.

The actor debuted in theatre in 1959. The young actor was invited by one of the Broadway theaters. At the same time the cinema biography of Robert Redford began. At first he was invited to play in episodes of the series. But already in 1960s the actor appeared in the roles of the second plan in the series "Maverick", "Twilight Zone" and "Alfred Hitchcock presents".

A serious role in a full-length film came to Redford in 1962. The director Sidney Pollack invited the young actor to his film "War Hunt". The acquaintance with Pollack in future turned into long-term cooperation. But recognition came to the actor only 4 years later, after the drama "The Chase" by Arthur Penn.

The future of Robert Redford as a movie actor defined the cult western "Butch Cassidy and the Sundance Kid." Redford appeared in the role of the "noble bandit" Sundance. And Paul Newman, who played with him in tandem, got the role of Cassidy. The western immediately turned into a favorite film of millions of people. Also it influenced American cinema. It's easy to foresee that Redford after the release of the film woke up as a Hollywood star. He received his first prestigious award - the British Academy Award.

And three years later, in 1972, Robert Redford opened his own film company "Wild Wood". Good financial position allowed him to finance the shooting of two popular political films "The Candidate" and "All the President's Men" which collected a lot of money.

In these years, the actor actively starred in films. He appeared in such notorious projects as "The Sting", "Three Days of the Condor", "Electric horseman", where he again met Jane Fonda. For the role of speculator Johnny "Kelly" Hooker in the movie "The Sting" Redford was first nominated for Oscar.

The turning point in the creative biography of Robert Redford was 1980. This year he became the founder of the cinema institute "Sundance" in Park City. Today it is an internationally respected educational institution, on the basis of which every year the most authoritative film festival of independent cinema is held.

In the same year, Redford made his debut as a director and made his first project the drama "Ordinary People". The film was released in 1981 and brought Robert a real triumph - Oscar for directing. This award is valuable because the debut work brought him the statuette.

Robert Redford made such successful projects as "A River Runs Through It", where the main role went to Brad Pitt, and the "The Horse Whisperer". In the last film, the director played the main role. Both films were nominated for the Golden Globe.

The first wife of Redford was Lola van Wagenen, his classmate at the university. They married in September 1958 and lived together for 30 years. In this marriage four children were born. Unfortunately, one child died at 2 months age.

But in mid-1980s the difficulties appeared in the family: the actor and director had relations with a young actress Sonia Braga, who was shot in one of the films of Redford.

Since then, the personal life of Robert Redford has undergone significant changes. In 2009, the Hollywood star married for the second time. But his wife was not Sonia Braga, but his assistant and secretary Sybil Scagars, with whom he lived for a long time.

• "Barefoot in the Park"

• "Butch Cassidy and the Sundance Kid"

• "All the President's Men"

• "Three days of the Condor"

• "A River Runs Through It"

• "The Legend of Bagger Vance"

• "The Company You Keep" 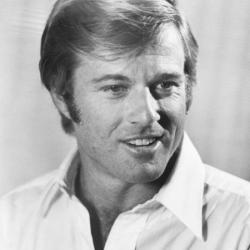