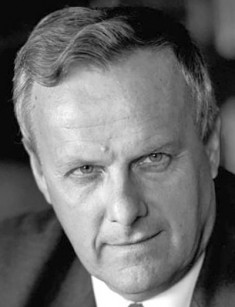 Anatoly Sobchak is a famous democratic reformer and political activist of the perestroika period, one of the authors of the current Russian Constitution, the first mayor of Saint Petersburg. In his last years, he became a key scandalous figure in the Russian politics: he was accused of corruption, abuse of powers, and bribery. Many high-ranking bureaucrats and diplomats of present-day Russia including the Russian President Vladimir Putin and the Prime Minister Dmitry Medvedev worked in the Petersburg City Hall under his leadership.

Anatoly Aleksandrovich Sobchak was born on August 10, 1937, in Chita into an ordinary family. His father Aleksandr Antonovich served as a railway engineer; his mother Nadezhda Andreevna was an accountant. Young Sobchak was not the only child: he had three brothers.

Sobchak spent his childhood in the city Kokand, Uzbekistan, where the family moved because of the father’s work reassignment. The future politician went to an ordinary local school together with his brothers. Anatoly was a talented, attentive, industrious, and persistent student who gave no trouble to his parents and teachers. As he finished the middle school, he entered the National University of Uzbekistan, Law Department; next year, in 1954, he transferred to the Leningrad State University. It was the beginning of his fateful union with St. Petersburg.

At university, Sobchak actively demonstrated his urge and talent to studies and became the Lenin grant-holder. After the young man finished the university, he was sent to work at the Stavropol Territory Bar Association in 1959. Sobchak came back to Leningrad in 1962; he graduated from the post-graduate studies in the Pushkin Leningrad State University and received the Ph.D. degree.

Sobchak’s political career dynamically began in 1989 when he joined the Communist Party of the Soviet Union and was elected as the people’s deputy in the Supreme Soviet of the Soviet Union. He headed the sub-committee on the code of private commercial laws and order and became one of the founders of the Inter-Regional Deputies Group in the Supreme Soviet of the USSR. In less than a year, Anatoly Aleksandrovich became the chief there. In 1991, he became the first mayor of Saint Petersburg according to the results of the elections. After Sobchak won the power, the city was given back its historical name Saint Petersburg.

Many then-young employees who are high-ranking bureaucrats and diplomats in the Kremlin now used to work in the Petersburg City Hall. The Russian Prime Minister Dmitry Medvedev, President of Russia Vladimir Putin, the Head of OAO “Gazprom” Alexey Miller, President of “Rosneft” Igor Sechin, and many famous Russian politicians were the confidants of the St. Petersburg’s Mayor.

Sobchak was actively establishing his position and winning people’s trust in the first year of his tenure as the Mayor of Saint Petersburg. He took part in creating Russian Democratic Reform Movement, confronted the actions of the State Committee on the State of Emergency during the attempted coup in August 1991 in Leningrad, and encouraged people to protest against the State Committee which gave Leningrad the chance to resist this institution’s acts and instructions.

However, the first person of Saint Petersburg did not possess the ultimate authority. His genuine adherence to democracy was combined with the devotion to authoritative methods of control which resulted in endless conflicts with the local legislative power.

Besides, Sobchak was often involved in scandalous voyages and banquets abroad whose aim was to attract investors and supplies to the city. However, the orientation to the West led to the local Petersburg manufacturing oppression. Citizens regularly judged the mayor for the frequent international events in the city and accused him of wasting the city budget.

In 1995, Sobchak’s associates were trying to persuade him to run for the presidency in the 1996 presidential elections and become the rival of the former leader Boris Yeltsin. However, Anatoly Aleksandrovich rejected the idea; in 1996, he also lost in the gubernatorial elections to his assistant Vladimir Yakovlev and left the position of the mayor.

Sobchak’s political career faded as fast as it began. The first Mayor of Saint Petersburg became the symbol of the bright social group achieving the changes in the early 1990s Russia. For some people, Anatoly Aleksandrovich’s name is associated with the destruction of the steady and familiar world; others perceive him as the figure leading the country to freedom by the revolutionary turnaround.

In October 1997, the Public Prosecution Service of the Russian Federation engaged Anatoly Sobchak to the criminal investigation of corruption in Saint Petersburg City Hall as a witness. In the course of time, Sobchak was charged to the articles “Bribery” and “Power abuse.” The family of the former Mayor was much discussed in the media and society; Sobchak was accused of all sorts of evil.

With all these events, Anatoly Aleksandrovich’s health deteriorated; he got to a hospital with a heart attack instead of imprisonment. Later, he left the city for France and received treatment there. He lived in Paris until 1999 and was engaged in scientific activities. He delivered lectures in Sorbonne and other leading French universities, wrote two books, and published more than 30 academic articles.

In November 1999, the criminal case proceedings against Sobchak were terminated for the absence of evidence. He came back to Russia and announced he was going to participate in the big politics again. At the beginning of 2000, Sobchak became the confidant of the candidate for President of Russia Vladimir Putin and headed the Political Council of Petersburg Democratic Movements and Parties.

Sobchak married first when he was a student: the first beauty of The Herzen State Pedagogical University, philologist Nonna Gandzyuk, became his wife. The couple had a daughter Maria and lived together for 21 years. In 1977, the family idyll faded away; the would-be Mayor of Saint Petersburg divorced.

Lyudmila Narusova became Sobchak’s second wife. Anatoly met her when she was a lawyer and helped her in the difficult divorce with her first husband. The wife became a reliable companion in the political career: she always participated in her husband’s affairs and supported him in all his actions.

The former Mayor’s wife was also engaged in her own projects; particularly, she represented the Russian Government in the German Foundation Remembrance, Responsibility and Future and held several significant positions.

In 1981, the politician’s daughter Ksenia Sobchak was born; nowadays, she is a Russian TV personality and successful journalist. Just like Anatoly, his daughter is an ambiguous figure in the public eye.

On February 20, 2000, Anatoly Sobchak passed away in a hotel in Svetlogorsk where he performed his duties as the confidant of the candidate for the President Vladimir Putin. According to the official data, Sobchak died of an acute heart failure.

The sudden death of Anatoly Sobchak became a major event and led to much gossip. The rumors about the former Mayor’s death appeared and multiplied as fast as one can go. Some people believed Sobchak was murdered because he knew too much, others proposed a theory that the alcohol and Viagra intoxication caused his death.

In May 2000, the Kaliningrad Public Prosecution Office opened an investigation of Sobchak’s murder by poisoning. However, the autopsy results proved that there was no alcohol or medicines in the man’s body. On August 4, the file on Anatoly Sobchak’s murder was closed. 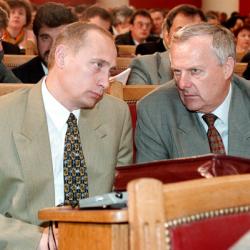