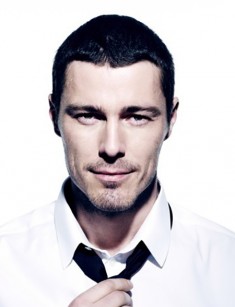 Marat Safin was born in Moscow on January 27, 1980. His mother, Rauza Islanova, ten years before the birth of her son, was one of the most successful tennis players of the Soviet Union (then she became a coach). His father Mubin Alekseevich worked in “Spartak” sports society. Rauza Islanova began her coaching career in "Spartak".

Thus, since childhood Marat was inevitably connected with sport, racquets and balls. The boy's mother quickly returned to work after his birth and sometimes she had to take her son with her. Marat began playing tennis very early, although the career of a tennis player did not attract the young athlete. He wanted to play football and not tennis. Although he played very well even in the beginning of his career.

When the boy was six years old, his mother began training him and soon made him one of the top three tennis players among all athletes of his age in the USSR. Soon he was even sent to the tennis academy in Cincinnati, USA, together with Anna Kournikova. The children showed their talents differently while studying at the American Academy, and as a result, Anna stayed in the United States, and Marat, who did not show outstanding results, returned home.

However, after this failure his tennis career wasn’t finished. His mother continued to train him, and soon she achieved great results. The young athlete was given a special grant from a Swiss bank. As a result, in 1994, Safin began to train abroad again.

In 1997, the grown-up athlete, whose height is 1.93 meters, went to the tennis tournament in Espino. In fact, this match was the beginning of his professional sports career. At the tournament Marat was surrounded by tennis players, who took places in the second and third hundreds in the world ranking of that year, therefore Safin successfully defeated all his opponents.

Soon after that Marat lost the match at the Kremlin Cup, but he wasn’t upset and continued to go to the sports Olympus. So, in 1998, at the beginning of the season, he took 204th position in the international rating, and by the end of the year he made an impressive “jump” to 48th place. Many famous tennis players felt uncomfortable during the matches with Safin, and soon he was considered one of the most outstanding young athletes in the USSR and in the world.

At the beginning of the 21st century Marat had become one of the most successful and famous tennis players of the planet. At the age of 25, the athlete defeated famous Pete Sampras at the US Open and received the status of the first racket of the world. Safin was predicted the greatest career in tennis in recent decades. He really went down in history of this sport and made many spectacular victories, including two Grand Slam tournaments, but the sportsman’s achievements were unstable.

So, by the end of 2000, Marat Safin was no longer the first racket of the world, it was Gustav Kuerten. The Russian sometimes was defeated partly because of his emotional and impulsive character, partly because he often had injuries. Throughout his career Safin remained one of the leaders of world tennis, but he could not hold the leading position for a long time in the world ranking.

Nevertheless, Marat had very good results during his playing for the Russian national team, showing himself as an excellent captain. In 2002 the national team won the Davis Cup, and it was Safin who made the key contribution to this victory.

In 2005 the tennis player was already at the 50th position of the world rating, in 2006 - at 104th place. Safin had spectacular victories in singles less often. In 2009 Safin decided to finish his tennis career. According to the results of that year, he has significantly risen in the international ranking, becoming the world's 24th racket. The last match of Marat took place on November 11, 2009 at one of the French stadiums. The game was attended by 14 thousand fans of tennis.

After finishing his career in big sports, Safin began to play at exhibition tournaments and veteran competitions. In addition, he became the vice-president of Russian Tennis Federation, whose duties include the representation of the RTF in various international tournaments and the coordination of tennis competitions on the territory of the Russian Federation.

In 2011 the athlete became a member of the State Duma representing the "United Russia" party. In 2016 Marat Safin was added to the list of the International Tennis Hall of Fame - he became the first among tennis players from Russia.

Marat Safin is known for his romantic adventures, and his photos with new girlfriends in Instagram attract more attention than his sports activity. So, in the middle of the 2000s, he chose the designer Daria Zhukova as his girlfriend. The tennis player introduced her as his bride. However, soon the couple broke up, and later Daria married Roman Abramovich.

For many years there were rumors in press that his girlfriend was Anna Druzyaka. According to the articles Marat and Anna broke up and then again were back together many times, they were predicted to have the wedding and alsothat they were waiting for a child. During the break-up with Anna people noticed Safin in the company of Nastya Osipova, Valeria Yakubovskaya. The latter gave birth to his daughter Eve, whom Safin tries to help financially, although he does not see her often.

In 2016, the athlete had relations with the opera singer Aida Garifullina. Journalists often wrote that the couple was waiting for a child and will soon be married. But a few days before the arrival of 2017 it became clear that the rumors about Aida's pregnancy were only rumors, as well as rumors about the marriage: Safin and Garifullina broke up because of their busy schedule.

There is information that Marat is Alsou's brother. But it is not true. The maiden name of the famous singer is really Safina, and she even has a brother Marat Safin. But he is only the namesake of a famous sportsman, the tennis player and Alsou are not relatives. 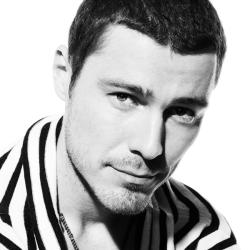