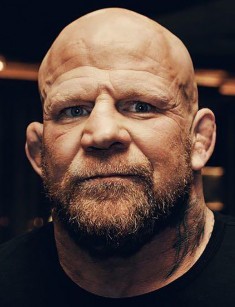 Jeffrey Monson is an American and Russian athlete, a mixed martial artist. He is a two-time world champion in wrestling and a world champion in Brazilian Jiu-Jitsu. Jeffrey was born and spent most of his childhood in St. Paul, Minnesota. At the age of 11, the boy began interested in classical wrestling, performing in many regional competitions.

Later, he became interested in other types of martial arts, mainly in grappling. The fighter was interested in it because it is the most dynamic kind of struggle. Athletes try to use painful or suffocating methods as quickly as possible. He also paid time to the Brazilian type of jujitsu, but in grappling Jeffrey Monson achieved outstanding results.

After school, the young man entered the University of Illinois, where he finished a bachelor's degree in psychology, and then graduated from the Duluth University of Minnesota and became a graduate child psychologist. As a child and family psychologist, the athlete worked for several years in Lewis County.

In parallel with the work for the benefit of the country's mental health, Monson continued to perform as a fighter, combining two professions for a long time. Only after winning the 1999 World Cup, he decided to leave psychology and concentrate completely on his sports career.

In mixed martial arts, Jeff Monson made his debut at the age of 26. At first, he was not brilliant in the ring, but then he managed to win the world championship in grappling. As a result, he signed a contract with one of the best world associations of the UFC. The debut was also not successful: Jeff lost in two fights of three and was sent to less prestigious tournaments.

At the beginning of the 21st century, the athlete tried to master the technique, which was his weak spot and, after winning 13 games in a row, he wins one tournament after another. Around the same time, he received the nickname "Snowman", apparently because he was one of the few white fighters among black athletes. The successes achieved in 2006, gave Jeff Monson an opportunity to join the UFC again.

In this most prestigious by the standards of mixed martial arts tournament, the athlete began with a bright victory over the rising star Marcio Cruz, who before that managed to win the current champion. After another series of excellent fights, Jeff still lost the final fight to Tim Sylvia.

This fact upset the wrestler so much that he again went into less serious leagues, where for a long time he was successful in fights with middle-class fighters or former veterans who lost their skills.

Today Jeff Monson had more than 80 fights in the professional ring and won 58 of them. The most famous were his fights against Russian athletes Alexander and Fedor Emelianenko, as well as against the Ukrainian fighter Oleksiy Oliynyk.

Sports fans note the high level of both rivals in the exhibition fight according to the rules of sports sambo, where Jeff fought against Russian Denis Komkin. No less exciting was the fight against the Olympic champion in judo from Japan, Satoshi Ishii. It is for the sake of such uncompromising confrontations that spectators come to watch "battles without rules", as mixed martial arts are not quite popular among people.

Jeff Monson considers himself as an anarchist and advocates for the complete eradication of the class hierarchy in modern society. His body is covered with a big number of tattoos of anarchic content, including the symbolism of anarcho-communism. There are also inscriptions in various languages, including English, Russian and Japanese on his body. Some of them are comic, while others have a deep philosophical meaning.

On the basis of his convictions, the athlete in 2009 committed an act of vandalism, drawing on the columns of the Washington Capitol symbols of anarchy and peace, as well as painting the inscription "No misery" and "No war". During the trial, Monson pleaded guilty and was sentenced to 90 days' imprisonment with forced labor, and also received a fine of more than 20 thousand dollars, which, however, he never paid.

In 2013, Jeffrey first mentioned that he would like to change his citizenship and get a Russian passport. He said that he feels himself Russian in spirit and would like to have a legal justification for this feeling. In December 2015, Monson officially became a Russian citizen, although it is unknown whether he refused a US passport or has a dual citizenship.

Jeffrey Monson was officially married twice. For the first time, he got married when he was about 20 years old. From this relationship, his daughter Mikaella was born in 1993 and a son Joshua, who is 3 years younger.

In April 2010, he again married a flight attendant Daniela Dagan, whom he met on the plane. In the same year, their daughter Willow was born, but the family relationship did not last long. However, Jeffrey often visits his children and even brought to Russia his younger child.

After the divorce with Daniela, Monson for some time had relations with the Russian girl Alesya Kartseva, but they broke up.

The sportsman agreed to take part in the 10th season of the show "Dancing with the Stars", where he will appear with a professional dancer Maria Smolnikova. Jeffrey was training hard in order to learn to dance the Viennese waltz, tango and other dances of the program. 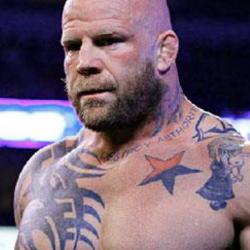