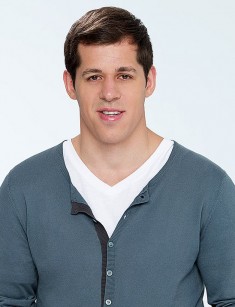 A famous hockey player Evgeni Malkin was born in Magnitogorsk on July 31, 1986. Thanks to his father, Vladimir Malkin, he was interested in the sport. Earlier, Vladimir played hockey and decided his son should become a professional athlete.

In 1994 his parents sent the future hockey star to the sports school "Metallurg". For the first time it was difficult for the guy to play, and even he planned to quit the sport. But despite many failures Evgeni worked really hard and proved to everyone that he would become a professional hockey player.

At the age of 16 Malkin was taken to the junior team of the Ural region, where he became one of the best players in the team. It was his first step on the road to great success. In 2004 Malkin became one of the leading players of the team. The team went to the youth world championship in Canada, where the team takes the first place.

From this moment many famous specialists, who train hockey clubs around the world, showed interest in Malkin. Gradually, the Russian man overcomes many difficulties in order to reach maximum heights. As a result, Evgeni becomes a successful hockey player.

In 2005 Evgeni Malkin went to the US, and later to Canada, where he received two silver medals. In 2006 at the World Youth Championships in Canada Malkin becomes popular. He played a decisive role and got the second place for his team. The sportsman admits that this result was achieved at the cost of fantastic efforts. At the same time he was offered to start playing in the National Hockey League. Malkin for the first time appears on the ice in the Penguins (the nickname of the club Pittsburgh Penguins).

2006 became a turning point for Evgeni Malkin. At the Olympic Games in Turin as a part of the Russian national team, he played in pairs with Alexander Kharitonov and Maxim Sushinsky. Their fans called them the best in the tournament. At competitions, the forward violated the rules. In the third period in the game against the national team of Canada, Evgeni struck the hockey striker Tampa Bay Lightning Vincent Lecavalier with his skates. As a result, the Russians missed the semifinal fight against the Finns.

Malkin scored 6 points (2 + 4) in six games, but Russia remained completely without medals. Also at the end of 2006, the striker was awarded the title of the Best Player of the season, and he gets the Golden Helmet. After several days of thinking, Evgeni decides to join the NHL.

The hockey player Malkin starts his career at the club Pittsburgh Penguins. From the very first game he proved himself as a true professional, and his statistics of games in the league become the main proof of skills.

In 2007 hockey players of Pittsburgh Penguins playd with representatives of the Washington Capitals club. The athlete also showed good results. Malkin significantly influenced the results of the match.

After one of the games with the club from the US capital Eugene had a conflict with no less famous hockey player Alexander Ovechkin, who represented the Capitals. Malkin pointed out that Ovechkin constantly plays hard against him on the ice. Confrontation of the Russians continued for several matches. Both strikers have repeatedly accused each other of violations and active power tricks.

Moreover, the captain of “Pittsburgh” Sidney Crosby soon joined the conflict, saying that "the team will stand for Malkin if somebody crosses the line." Many experts have suggested that the Canadian in this confrontation had his own personal interest, since previously the striker Alexander Semin, who played for the Capital's (the nickname of "Washington Capitals"), previously spoke in an interview about Crosby as an "average hockey player".

In 2007, Malkin took part in the World Championship as a part of the national team. In Moscow, fans expected the brilliant game from the well-known striker. The central forward represented the first link with Alexander Frolov and Ilya Kovalchuk. The fact that the NHL stars were in the team didn’t help the Russian team to show the best result.

In the media, the third place was called a complete failure. Of course, this statement was too categorical, since the Russians had only one defeat in the tournament. In the semifinal match with Finland Russian hockey players lost 1: 2, and the winning goal was scored by the "Lions" (the nickname of the Finnish national hockey team) only in overtime.

Malkin at the championship showed good performance. In nine games, the forward scored 10 points (5 + 5). There were no specific claims to the forward; journalists call the athlete the best according to the large-scale survey, including him in the symbolic national team of the championship.

By 2008 Malkin, despite the effective actions, still was not the leader in his club. In the American media, Evgeni Malkin is often called the "shadow of Sidney Crosby". To some extent this attitude to the Russian forward can be considered wrong. Evgeni sometimes showed more successful results than the Canadian. When the Russian played at the opponent's gate, the audience of North America was really excited.

In January 2008, Sidney Crosby, the captain of the Pittsburgh team, was seriously injured. He stretched the ankle joints and it didn’t allow the Canadian to play, he missed the 21th match. It would seem that such a situation will lead the team into decline, and the "Penguins" will not be able to show a decent game without their leader, but Evgeni Malkin showed the opposite. "Forever the Second" was re-qualified as a charismatic leader of the team. The Russian showed how to become a good assistant. 59 successful transfers per season - the best results in the league.

Many sports commentators believe that the absence of Crosby helped Malkin to show his potential. Without Crosby, the team won many games in the NHL, and Malkin managed to score 17 goals in 13 games. Russian experts have repeatedly noted that a pupil of the Magnitogorsk hockey school grew up in his playing technique, since he took the initiative on the ice many times during the crucial moments of the games.

Such an excellent game of the Russian striker in the United States was noticed by everyone. He was chosen to participate in the NHL All-Star Game. In the best team of the Eastern Conference, Malkin played with his teammates Sergei Gonchar and Jordan Staal. The leading hockey players helped the "East" team to win the representatives of the Western Conference with a score 8: 7.

In 2008 Malkin as part of Pittsburgh joined the playoffs of Stanley Cup. In the same year, Evgeni won the "Art Ross Trophy" (the award to the best hockey player, who scored maximum points in the season). In 2010 a new regular season in the NHL begins, but it becomes unsuccessful for the hockey player. Malkin had a knee injury, after which he could not play, but in the next season, the athlete once was awarded "Art Ross Trophy".

In 2012, another world championship took place in Finland and Sweden. Many experts considered the hosts to be winners, predicting success for the Finns and Swedes, but both teams showed an extremely negative result. In turn, the Russian team with Zinetula Bilyaletdinov triumphed this championship, defeating the Slovak team in the final match.

Malkin demonstrated an excellent game during the championship. In ten games the forward scored 11 goals and made 8 passes. He was recognized as the most valuable player in the World Cup at the end of the tournament.

In mid-2013, Evgeni Malkin terminated the contract with the "Penguins", but again signed the contract. The amount of the new agreement was $ 76 million.

For a long time Evgeni Malkin was preparing for the main sport event of 2014 - the Winter Olympics in Sochi. Malkin joined the Russian national hockey team. Initially, the hockey player doubted that the management of Pittsburgh would let him go to the Olympics, but this did not raise any problems.

For the Russian national team in Sochi, Evgeni Malkin played along with well-known partners - Alexander Ovechkin, Ilya Kovalchuk and Pavel Datsyuk. Such a star team caused fear in rivals, and the fans firmly believed in the future success of their favorite players, but the miracle did not happen. The playing of the national team was called a disaster and a disgrace for the entire Russian hockey.

Evgeni Malkin was very disappointed with the negative results of the national team. In an interview with well-known publications, the forward repeatedly told that the Olympics in Sochi reminded him of the "sad Vancouver year", when at the Olympic Games in Canada the Russians lost to the hosts with a score 3: 7.

Despite the failure, the striker declares that they should not be upset because of temporary defeats. The forward is already actively preparing for the Winter Olympic Games in South Korea in 2018. The Russian often shares events from his life in Instagram.

On May 7, 2016 on the First Channel the documentary film "Evgeni Malkin. The Russian among the Penguins" was released about the achievements, private life and professional career of the famous hockey player.

The personal life of Evgeni Malkin began in Magnitogorsk. Women will play a significant role in life of the hockey player. It is known that Evgeni was dating a girl from Ufa, but their relations did not last long, as his lover tried to get to the big screen and didn’t devote time to their relationship.

Few years later he met Oksana Kondakova. She is four years older than him, but this fact did not prevent them from relations. The couple began relations and moved to Moscow. The rich hockey player bought for his girlfriend an apartment in the elite area of the capital, and helped Kondakova to enter the Moscow Institute of Television. Later Evgeni went to America, but this didn’t stop young people to develop their relations.

After four years, the girl wanted to marry the talented sportsman, but his family negatively reacted to such an initiative. In addition, the parents of Evgeni Malkin recommended not to hurry with the marriage. According to the insider, the family felt that the lover was interested in Evgeni only as a person with large financial resources. As a result, Kondakova and Malkin broke up.

Evgeni Malkin is married to a TV presenter Anna Kasterova. The ceremony took place in 2016. The couple married in the USA, and celebrated their marriage in Russia.

Russian media have repeatedly reported that Evgeni and Anna were waiting for a child. In May of the same year their son Nikita was born. 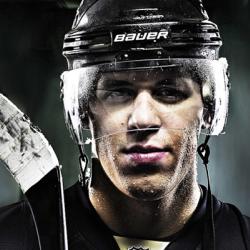