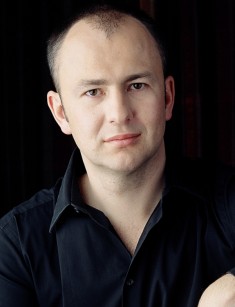 Andrey Igorevich Melnichenko is a Russian entrepreneur, a billionaire who is included in the list of Russia's richest people every year, a philanthropist. He is the owner of the assets of EuroChem, SUEK, SGC.

Andrey was born in Gomel, making a gift to his mother for the International Women's Day: a joyful event happened on March 8, 1972.

The boy grew up in an educated family of teachers. Andrey's father is a scientist-physicist; his son also went in his footsteps. Melnichenko was good at exact sciences. After Andrey won the Olympiad in Physics, Melnichenko was taken to the most prestigious physics and mathematics school in the USSR. The boy moved to study in Moscow.

After graduation, Andrey Melnichenko entered the physics faculty of Moscow State University. Few years later the young man felt that the times were changing, and transferred to the Plekhanov Academy.

Since childhood Andrey was smart. In one of the interviews, the grandmother of the businessman recalled how she went with her grandson to the Tretyakov Gallery. There was a long queue and Andrey stood with the foreigners. In 5 minutes, the woman and her grandson were admiring the masterpieces of Russian painters.

Melnichenko became a businessman in his student years. Along with Mikhail Kuznetsov and Yevgeny Ishchenko, he opened a travel company "Sputnik", and then decided to sell office equipment. In the same year 1991, the partners opened a currency exchange office, which worked until the end of 1992. Then the law on the licensing of foreign exchange transactions was issued. The partners were looking for a bank to continue the exchange business. They found a small bank "Premier", and opened the first, then the second exchange office. It soon became clear that the volumes of transactions in these offices were higher than in the bank.

In spring, 1993 Andrey Melnichenko registered a financial and credit company MDM and got a license. From that moment the professional biography of the entrepreneur began to grow up. Firstly, the exchange offices appeared in Moscow, then in St. Petersburg and Novosibirsk. By the end of the year, MDM got a banking license, aligning with Converse Bank. At the same time, Andrey Melnichenko became a managing director. Industrial groups - SUEK, EuroChem, Pipe Metallurgical Company, and the investment campaign Rinako - were organized under the leadership of Andrey Melnichenko and Sergei Popov.

In the beginning of 2001, the "MDM" group expanded its activities. Andrey Igorevich began actively buying shares of promising coal enterprises, among which were Vostsibugol, Chitaugol, Khakasugol, Sakhalin Corporation, Dalvostugol. The management of the companies was entrusted to the Siberian Coal Energy Company Baikal-Coal, the head of which was Oleg Misevra, the former director of the Kemerovo plant Kuznetsk Ferroalloys from the MDM structure.

In 2002 Melnichenko put up for sale half of the shares of MDM. And in 2004 Dmitry Pumpyanskiy bought a stake in TMK.

In 2004 the group "MDM" was liquidated, and in 3 years Melnichenko sold shares of the bank to Sergei Popov, focusing on the industrial sector. During this period, Melnichenko became the main owner of EuroChem with 90 percent of shares. EuroChem is the largest producer of mineral fertilizers in Russia.

Since 2007 Andrey Igorevich has become a chairman of the Commission of the Russian Union of Industrialists and Entrepreneurs in the mining complex.

The sphere of interests of Andrey Melnichenko still includes the Siberian Coal and Energy Company and Siberian Generating Company. Already in 2011, 92.2 percent of the shares of both companies belonged to the billionaire.

Andrey Melnichenko is one of the biggest philanthropists in Russia. The data was released by Bloomberg. For an invaluable contribution to charitable and public organizations in 2016, the entrepreneur received an award "For Good Deeds."

Andrey Melnichenko is married to ex-model and singer Sandra Nikolich, who is 5 years younger than her husband.

The wife of the oligarch was born in Yugoslavia and was brought up in a rich family. She is the only daughter in the family, she never knew anything about refusal. Sandra's father is a professional architect, the mother is an artist. Maybe that's why Sandra Nikolich is so sensitive to beauty.

In one of the interviews the girl confessed that she met Andrey Melnichenko in a villa of her friends in France. Then Sandra had blond hair and was very slim. Since 15 years Sandra worked as a model. Over time, the figure of the girl became feminine, but the passion for fashion and beauty has not gone away. Sandra Nikolich is a supporter of healthy eating and tries to accustom her family to it. The wife of Melnichenko jokes that even a dog eats carrots with pleasure.

Alexandra and Andrey were dating for two years, and in 2005 they got married. The celebration took place on the Cote d'Azur, where the chapel was specially built for the newlyweds. According to the calculations of journalists, the wedding cost $ 14 million. Rooms in a 5-star hotel were booked for their guests.

For seven years the couple lived without children. In 2012 their daughter was born. The daughter was named Tara, but her parents do not show the photo of the girl to the public. Tara does not go to school yet, but actively travels with her parents around the world.

Andrey Melnichenko is an esthete, loves luxury and beauty. The subject of constant discussions is the yacht of the entrepreneur with a laconic name "A" (on the first letter of the oligarch’s name). The ship is a work of art. The yacht was designed by Philippe Starck. He made the design of accessories as well as the handles in the cabins. Western media enthusiastically wrote that one door handle costs $ 40 thousand. There are 14 bedrooms on the yacht. The size of the ship is really big - 120 meters in length. The yacht of the billionaire is considered one of the best in the world. Every year Melnichenko spends $ 20 million for the maintenance.

In 2016 Andrey Melnichenko founded a charity fund, which opens educational, scientific and technological centers for young people. Such organizations open all over the country - from Stavropol to Kemerovo and the Altai region. Now, the project is estimated at 79.2 million rubles.

In 2017 the company, which assets are owned by Andrey Melnichenko, invested $ 16 billion in the Russian economy. The money was sent to the industrial sector.

In 2017 Olga Buzova published pictures of her vacation in Monaco on Instagram. The star arrived in a private jet, spent time in the best clubs. In addition, the girl took a picture of the ring with a precious stone. There were rumors that Olga Buzova has relations with the married oligarch Andrey Melnichenko. But there were no confirmed facts.

Net worth of Andrey Melnichenko

According to the Forbes publication for 2017, Melnychenko's net worth estimated at $ 13.2 billion, which made the entrepreneur the 9th on the list of Russian oligarchs and 89th on the world list. 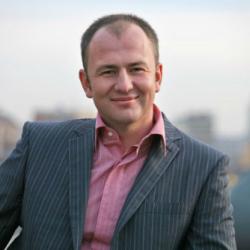