Alexander Povetkin is a Russian boxer performing in a heavyweight division. The champion of Russia, the World champion, the winner of Olympic gold.

Alexander was born on September 2, 1979 in Kursk. The father of the boy was a boxer and early sent his sons Alexander and Vladimir to the sports section. Initially, the boys attended karate, wushu, and hand-to-hand combat. But after the collapse of the Soviet Union, Alexander focused his attention on boxing. In a year the young man achieved serious successes and became the winner of city competitions. In 1995 Povetkin won the first place in the junior Russian boxing championship.

But in two years at the European Junior Championships there was his first defeat and the young man focused on kickboxing classes. In this sport Povetkin won the European Championship in the amateur and professional category. Alexander's brother also stayed in sport and performs in the first heavyweight. Vladimir has 6 victories, including the fight against the German boxer Fadil Kazem.

In addition to sports, the young man studied at the technical training college and was training to be a locksmith and a driver. The father gave Povetkin his love for cars, and taught the boy how to drive Volga at the age of 12. At first, Alexander paid all trips to the competitions from his own pocket, using a student's scholarship. After graduating from college, Povetkin became a member of the Russian team, where a young man was paid a state scholarship.

At 19 years old Alexander earns the first serious fee at the competitions in Krasnoyarsk. The boxer received $ 4500 for the victory and a gold bar, which he left in memory of the event.

In 2000 Alexander Povetkin received gold at the Russian boxing championship, and a year later consolidated the result at the Goodwill Games. In 2004 the young athlete took first place at the European Championship, in 2003 he became the World champion. 2004 brought just two major victories - at the Olympics in Athens and at the European Championship. During his amateur career Alexander Povetkin had 125 victories in 132 battles and at the dawn of his sports biography he won the unofficial title of "Russian Vityaz".

In 2005 Povetkin officially becomes a professional boxer. The first opponent of Alexander was Muhammad Ali Durmaz, the athlete represented Germany. The opponent was defeated in the second round. Then there were there were victories in fights against Sherron Fox (USA), John Castle (USA), Stefan Tessier (Canada), Richard Bango (Nigeria), Ed Mahone (USA).

In 2007, there was a battle with the former two-time world champion Chris Byrd, who was sent to the corner only in the 11th round.

There was a difficult fight in 2008 with the American Eddie Chambers, who was defeated only in the number of points. After the fight with the boxer from the United States, Alexander Povetkin became a contender for the IBF world title. The status belonged to an athlete from Ukraine, Wladimir Klitschko, with whom the battle was planned in December 2008. But Povetkin was injured during the training, and the fight was postponed for 2009.

For unknown reasons, the battle was again postponed. During this time, American boxers Jason Estrada and Leon Nolan, Javier Mora (Mexico) and Teke Oruh (Nigeria) were beaten by Povetkin.

In sparring with Nicolai Firth in 2010, Alexander injured the tendon in his hand, but won the fight on points. After that, for half a year he did not appear at the competitions.

At this time, Wladimir Klitschko received the title of super champion in heavyweight, and his opponents for the title of regular world champion were Ruslan Chagaev and Alexander Povetkin. The battle between them was in mid-2011. Povetkin won in the 11th round, surpassing the opponent on points, and received the status of world champion. In 2011, Povetkin fought with the American Cedric Boswell. In early 2012 he had fight with the current World Champion in the first heavyweight category Marco Huck.

The first victory was easy, but the fight with Huck Alexander won on points. In September 2012, the fight between Alexander Povetkin and the star of American boxing Hasim Rahman took place. The battle was postponed several times for technical reasons. After entering the ring it became clear that the American is not in the best shape, which affected the outcome of the fight: Povetkin confidently won in the second round.

In 2013, there was a long-awaited battle between Povetkin and Klitschko in Moscow. From the very beginning, the Ukrainian led the fight in his scenario, taking advantage of the left jab and the length of his arms and legs. Alexander understood: in order to turn the situation it was necessary to get close to the opponent. But Wladimir Klitschko did not give him any chance, understanding Povetkin's methods. After 12 rounds Alexander was completely exhausted and for the first time in his sports career was knocked down. On points, Klitschko also had a three times advantage. The video of the battle is available on the Internet.

Analyzing the situation after the fight, Alexander Povetkin changed his coaching staff, signing a contract with the agency "World of Boxing". Ivan Kirpa became his new coach. In 2014, Alexander appeared in the ring in great shape and easily defeated the rival from Germany Manuel Charr. Then he had a fight for the WBC Silver title with the boxer from Cameroon Carlos Takam. He knocked down the Cameroon boxer in the 9th round. In 2015 Cuban champion Mike Perez was defeated.

It is known that the athlete is married for the second time. The first wife of Alexander was a girl Irina. They got married in 2001. Soon the daughter Arina was born to the family. But the athlete was forced to move from his native city to Chekhov, where continued to train. After several years of exhausting traveling, the young people parted.

For the second time Povetkin married to Eugenia Merkulova, the daughter of the master of sports in judo Yuri Merkulov. The wedding took place in the Czech Republic in 2013. The daughter Arina from his first marriage lives with him and his new wife Eugenia. In the interview, Alexander often mentions the girl and says that he works for her.

Povetkin has a dog pit bull Kim. The sportsman does not mind driving at high speed on his own motorcycle Yamaha, but more often he drives his Mercedes. In his spare time he enjoys jumping with a parachute. In Instagram Povetkin has a personal account with 43 thousand followers. Alexander posts his personal photos and announcements of the upcoming battles.

In 2016, before the fight with Deontey Wilder, a scandal broke out, which was covered in sports news. Alexander Povetkin was accused of using doping. But the World Anti-Doping Agency determined that the dose of meldoniy, which was found in the body of the athlete, is too small, and Povetkin was acquitted. Before the December match with Bermein Stiver, banned substance Ostarin was found in Alexander Povetkin’s blood.

Another battle was canceled; the Russian athlete lost all his titles. Now the boxer is under doping investigation. The manager the boxer Andrei Ryabinsky has already stated that at the independent examination in Lausanne the athlete's tests were clear.

On July 1, 2017 in the Moscow "Luzhniki" there will be the battle between Alexander Povetkin and the Ukrainian Andrei Rudenko. 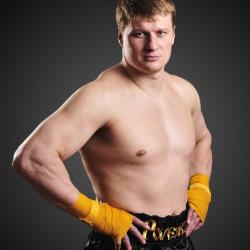