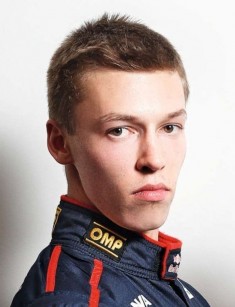 Daniil Kvyat is a Russian racer, pilot of Formula 1 of the Toro Rosso team. This team is a part of the Austrian concern Red Bull.

The youngest and most famous Russian racer was born on April 26, 1994 in Ufa. It is known that his father Vyacheslav Kvyat is an entrepreneur, a former deputy of the Kurultai of the Republic of Bashkortostan. At school, little Daniil seriously was interested in tennis and often won at various championships.

By nationality, the future racing driver, who is known all over the world, is Russian. Nevertheless, multinational blood flows in the veins of the guy: Daniil's grandfather by maternal side is Tatar; his father's grandfather is Bashkir. The name of Daniil is of Polish origin ("kvyat" - color). The guy is proud of being Russian.

For the first time the boy entered the carting center, when he moved to Moscow together with his parents. The father took his son to a new carting center. Nine-year-old Daniel immediately took this sport seriously. Since then, the boy attended it very often and in one day was able to break the track record.

Soon Daniil Kvyat, being behind the wheel of a professional car, and met the coaches Pavel Baramykov and Pavel Guskov. The first victory in the career of Daniil was in Sochi at the Christmas Cup in 2005. In the same year, Daniil Kvyat participated in the Russian Carting Championship (Rocket) and took the 12th place.

In 2006 at the Moscow Championship (Rocket) the young rider managed to take the 13th place. Thus, 2005 can be called the year when the active sports biography of the racing driver begins. Well-known functionaries from the programs, which support promising young racers, noticed the boy.

As a member of Franco Pellegrini, the racing driver participated in the championship of Italy. To participate in MiniKart championships it was necessary to constantly fly from Moscow to Europe. That is why the Kvyat family moved to Rome in 2007. Soon the representatives of the Lukoil Racing team drew attention to the promising sportsman, including him in their international program LUKOIL Drivers Support Program.

In 2009 Kvyat won racings. Daniil took the first place in the Winter Cup (KF3), the second - in the international series of WSK (KF3) and the third - in the European Championship. In addition, Daniil Kvyat managed to come first to the finish at the racing competitions of Margutti Trophy and Industrie Trophy.

In 2009, the head of “Lukoil Racing” Evgeny Malinovsky shared a story about the successes of Daniil Kvyat with Helmut Marko, the co-owner of the Red Bull team. After that, Daniil Kvyat passed physical and psychological tests to get into the youth program of the Red Bull Junior Team.

The debut of Kvyat took place in 2010 on the Sepang track in Malaysia at the Formula BMW Pacific race. Daniil participated as a part of the Eurointernational team and took the 19th place in the first race and 5th in the second. But Kvyat was an invited racer, so he did not earn points. Gradually, the Russian is adapting after the transition from carting, improving his results. In eight races, he managed to win twice and five times to climb the pedestal.

At the competitions of Formula BMW Europe Daniil Kvyat had 16 races. In the last race he came second and climbed the pedestal. In general for this season the young racer scored 138 points and was on the 10th place at the European championship. Asian Championship 2010 was not less successful: Kvyat had three wins, two pedestals and two poles.

In 2011, Daniil Kvyat moved to Formula Renault 2.0. In the first race of the North European Cup, which was held in Hockenheim, the driver won. The results of the season were successful for the Russian racing driver, he became the vice-champion of the North European Cup. Kvyat lost to his opponent 48 points. Participation in the Eurocup Formula Renault 2.0, a prestigious continental championship, allowed Daniel to take the third place. And the athlete showed himself from the best side at Formula-Toyota races, taking fourth place in International Trophy.

At the first Grand Prix Kvyat showed comparable with a stronger partner results, and also showed the ability to save the car, avoiding accidents. In July 2013, the Russian athlete participated in youth tests of the Formula 1 competition driving Toro Rosso car in Silverstone, where he impressed the bosses from Italy. This season, Daniel Kvyat lost to Jean-Eric Vernue in the individual competition, but significantly bypassed him in the qualification. In October 2013, the team "Toro Rosso" announced that Kvyat in the season-2014 will be their main pilot, and his partner will be Frenchman Jean-Eric Verne.

In 2014, in total, the racer took part in 14 competitions and the best results he showed in Australia, Great Britain and Belgium (9th place). In the individual race of the championship "F-1" the Russian takes 15th place, having 8 points.

The leadership was pleased with the pilot. It was decided to renew his contract till 2015, and then there was a sensation. After German racing driver Sebastian Vettel decided to leave Red Bull, it became known that the place of the famous athlete from Toro Rosso (a subsidiary of the Red Bull) is taken by not experienced Jean-Eric Vernueu, but by Daniil.

In July 2015 Kvyat went down in history, rising to the podium of the "Formula 1". He came to the finish line second at the Grand Prix competitions in Hungary, showing the best result among Russians in the history of the "royal race".

The season of 2016 began for Daniil extremely unsuccessfully: at the races in Australia his car stopped, not allowing to fulfill all the plans. Nevertheless, in Bahrain, Kvyat had a good race, in which he scored points, and in China, the Russian managed to take the third place.

The starting point of Russian failures is considered to be the Grand Prix of Russia in Sochi, where Kvyat started the eighth, and was also remembered for striking a car of Sebastian Vettel, four times world champion of Formula 1. Such a "maneuver" led to other clashes. The Australian pilot Daniel Riccardo, who was Daniel Kvyat's partner in the Red Bull team, also suffered from such a situation.

As a result, Kvyat was fined (10-second Stop & Go) and scored no points. After the race, the pilots began to quarell, trying to figure out what had happened. Later Kvyat apologized for his actions before Vettel, as well as other participants of the competition.

In 2017, Daniel again participated for the Toro Rosso team. In the media, they continue to talk about the failures of the Russian racing driver, as he again could not reach the finish line at the main races in Monaco, Baku and the Austrian Shpilberg.

The year 2013 has become a landmark for Daniil. The Russian racer became the champion, winning the final stage of the GP3 series in Abu Dhabi. Kvyat is the first man who stepped out of the car of this series to the place of the prize-winning pilot of "Formula 1".

Throughout the race, the Russian was in the leading position. On November 2, 2013 in the Saturday race, he demonstrated a successful result. The earned points guaranteed him a title of the champion regardless of the outcome of the Sunday race.

In many ways, such excellent results depended on the failures of other participants in the sporting event. At the start, Koiranen GP Kevin Korjus and Jimmy Erickson had problems. Nevertheless, Korjus managed to change the situation, but from the third place he went to the last.

The Spanish car racer Carmen Horda already in the first turns made a mistake and broke the suspension, a safety car appeared on the road. Restart was given on the third turn, but Kvyat had a leading position, and Nick Yelloli from the British Carlin came second.

Certain failures at the competition allowed Daniil to gradually strengthen his leadership. Briton Alexander Sims won Nick Yelloli, his team-mate in Carlin team, and tried to get ahead, but at the same time he lost to the Russian rider.

Until recently, Daniil Kvyat's personal life was a clean sheet. Many were interested in the life of the famous racing driver, trying to find out the name of his girlfriend, and also to find out if the heart of the best Russian driver of Formula-1 was free. Kvyat said in an interview that all his free time and all thoughts are focused on just one thing - competitions.

Nevertheless, Daniel has his own idea of an ideal woman. He believes that she must be sociable, cheerful and open-minded. Soon he began relations with Kelly Piquet, the daughter of the three-time winner of Formula 1 Nelson Piquet. Daniil confirmed his relations with Kelly, having published in Instagram their joint photo.

In 2015, users of Tumblr and other social networks discussed a comic video, the main character of which became Daniil Kvyat. Under the scenario, the racing driver came to the driving test to get Russian driving license. 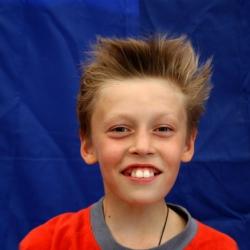