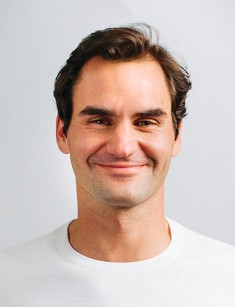 The athlete from Switzerland Roger Federer was the first in the ranking of the best tennis players of the world for almost 6 years, and since the beginning of the 2000s topped the list of ten players in singles. He is considered the best representative of the modern generation of tennis players. The Swiss is the 18-time winner among all the winners of the "Grand Slam", which is an absolute record.

The future star of the tennis court was born in a small Alpine town Basel on August 8, 1981. The father of Robert Federer is half German by birth, and his mother Lynette du Rand is of African origin. His parents had an active lifestyle. Together they played tennis and golf. Their youngest son Roger also loved sport, and already in three years took the racket in his hands. The boy grew up as a hyperactive child, so he spent his free time playing with the ball.

Lynette, working as a children coach, noticed that her son had a talent for tennis and sent the boy to the professional coach Adolf Kacovsky. Roger began to quickly master the program and at the age of 12 went to his first junior competition. At the National Tournament among juniors, Federer got to the final. After some time, to continue his professional growth, the boy changed his coach. His new instructor was Peter Carter. He helped the boy to climb the World Olympus in just few years. At the age of 16, Roger became the winner of the Wimbledon competition in the junior category.

Participation at the UK tournament opened before Federer the way to a professional career. A year later, he appeared at the "Roland Garros" tournament, where after few failures he won the first place. And then Roger was taken to the national team of Switzerland, which in 2000 went to the Summer Olympic Games in Sydney.

Unfortunately, in the competition, the team of young Alpine athletes showed not very good results. Partly this was due to the incomplete team, and partly because of the lack of technique. At this time in the life of the young athlete a new experienced trainer, Peter Lundgren appeared. He helped Roger to solve his problems with game techniques.

Thanks to his training Roger became the winner of the Milan competition when he was 19 years old. And a year later at Wimbledon, he defeated his childhood idol, Pete Sampras.

The first racket of the world

After such a beginning, Roger began to win with unchanged success. Among his awards for 2 years, there were several first awards of 8 tournaments in a row, including the American "Masters". He also became more popular. 2004 was marked for the young athlete with success at three Grand Slam tournaments, which played a major role in his sports biography. The Swiss became the first racket of the world and didn’t lose this title for several years.

Success at the Grand Slam, silver at the Olympic Games in London brought Federer closer to the triumph at his thousandth tournament, which he held in 2015.

The main intrigue of the world tennis community for a long time was the confrontation between two great players of our time: the Swiss Roger Federer and the Spaniard Rafael Nadal. Two young athletes are the only known tennis players who topped the world ranking for five years, after which Federer continued to hold this position, and Nadal was temporarily displaced by another athlete.

They regularly compete with each other. In more than 35 games, the Spaniard defeated his opponent from Switzerland more often. Despite their competition on the court, the tennis players are close friends in their real life and very rare criticize each other's games.

2016 was marked for Roger Federer by several setbacks in tournaments and two serious injuries. In the beginning of the year, Roger got a stretch of the back muscles, and in summer seriously injured his leg. And for some time he didn’t play tennis. But in few months, Federer played in the final of the "Australian Open", for which he had to win Stanislas Wawrinka, the athlete from Switzerland, in the semifinals.

After some break in their confrontation, in late January 2017, Roger played with the second leader of the tennis court, Rafael Nadal at the Australian Open, who lost to Federer.

Roger Federer is happy since 18 years in relations with his colleague, a Swiss tennis player of Czech origin Miroslava Vavrinec. Federer met the girl who is three years older than him, at the Olympics in Sydney: they both played for the Swiss team.

Miroslava showed good results in sport, she even entered the list of top 100 of the world's best players, but, having broken her leg at 24 years, she never returned to court. All her energy the girl sent to work as a PR-manager of her husband.

In 2009 the news about the birth of their twin daughters appeared on Instagram. And in 5 years Miroslava gave birth to their two sons who are also twins. Happy parents often appear in public with their children, according to a large number of photos in Instagram. 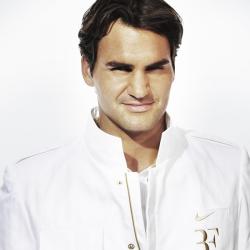