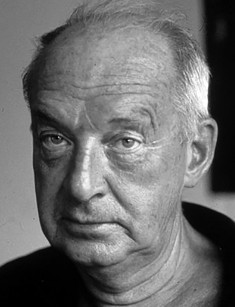 This genius was nominated for the Nobel Prize for Literature for four consecutive years. Bunin considered him his disciple and rival. Kuprin used to say that this writer has a noble heart and a firm will. His works attracted the attention of critics of different spheres; he was often accused of pornography, a break with the Russian literary diaspora, excessive snobbery and even in creative theft.

But it should be said that Nabokov's stories were the most read and reviewed in the literature of the Russian emigrants in 1920s and 1930s. Books of Vladimir Vladimirovich are read to this day: critics discuss his novels, eminent filmmakers make films, and writers are looking for new grains in his amazing and multifaceted biography.

On April 10 (22), 1899 a great writer was born in St.Petersburg, who left a mark in the history of both Russian and American literature. The future novelist, along with his brothers and sisters, was brought up in a privileged noble family and did not know what poverty was. Vladimir Nabokov has a rich ancestry: the writer used to say that his grandmother's paternal ancestors are known to the 14th century.

The father of the writer - the son of Justice Minister Dmitry Nikolayevich - was called Vladimir. In 1887 he graduated from school with a gold medal. Vladimir the elder showed courage, integrity and honesty. He worked as a lawyer, was the founder of the Cadet Party, and was also known as a journalist and politician. Honor and dignity were the main features for Vladimir Dmitrievich.

In 1911 the man challenged the Russian playwright Mikhail Suvorin, who at that time was a chief editor of the Novoye Vremya newspaper. The reason for the competition was the publication of a journalist Nikolai Snesarev, where the provocateur spoke impartially of the Nabokov family, calling this man "a man who married money." However, the fight did not take place. It is noteworthy that prior to this incident the father of the writer was unflattering about the duel and believed that the cruel tradition contradicts Russian legislation and common sense.

The writer's mother, Elena Ivanovna, came from a noble family: she was the daughter of a landowner and millionaire Ivan Vasilyevich Rukavishnikov, co-owner of the country gold mines.

Vladimir Nabokov in childhood lived in a three-story house on Bolshaya Morskaya Street, which until the February Revolution was considered the main fashionable shelter for aristocratic ladies and gentlemen. Also a large family spent holidays in their estate Võra near Gatchina or traveled abroad - to Italy or Sweden.

Vladimir and Elena tried to give their children good education: the children read classical literature, and Benoit and Dobuzhinsky came to teach them drawing. Also young Nabokov did not neglect sports: the boy loved tennis, football, riding a bike and playing chess. It is known that in the house of the future genius of literature people spoke in three languages: Russian, French and English, and the boy knew English perfectly.

It was difficult for little Lodi (child's nickname of Nabokov) to study Russian alphabet, because the child was rewriting everything in English. For example, instead of the word "breakfast" from Vladimir, you could hear "pobrekfastit" ("zavtrak" from eng.- breakfast). After home studying, Nabokov entered the Tenishev School, which was finished by the poet of the Silver Age Osip Mandelstam, the novelist Nikolai Stanyukovich, the publicist Oleg Volkov and other famous writers.

At school, Vladimir came by car, accompanied by a driver in livery. By the way, the Nabokov family had three cars, which at that time was considered an unprecedented luxury. During his studies, the young man zealously worked on literature and was fond of entomology, especially the future writer liked to collect butterflies. It is noteworthy that these winged insects met in the works of Vladimir more than 570 times.

The creative biography of the writer begins in 1916. Then the young writer publishes his poetry collection "Poems", which included 68 works. It is noteworthy that his teacher of Russian literature, Vladimir Gippius, criticized Nabokov's first creative efforts. He advised the student to forget about the high art and to direct his forces in a different direction. Fortunately, Lodi paid no attention to the words of his teacher, took his words the slightest notice.

In 1917, when the first seeds of the October Revolution were planted in the Russian Empire, the Nabokov family was forced to move to the Crimea. There, the beginning writer became popular: his works were published in the "Yalta Voice" newspaper, as well as used by theatres. At the beginning of his career Nabokov preferred poems: in 1918 Nabokov published almanac "Two Ways", where poetry works of Vladimir and his classmate Andrey Balashov were published. Among other things, the writer got acquainted with the rhythmical theory of Bely, which he tries to use into his works.

The Bolshevik revolution influnced many families, and Nabokov is not an exception. Therefore, the writer moved with his parents to Berlin, the largest center of Russian emigration of those years. While the family lived in the capital of Germany, Vladimir received higher education at Cambridge University, later he taught English, and also translated American literature.

In 1926 Nabokov's debut novel "Mashenka" was published. This book has a lot of philosophical thoughts and told about the role of love on the earth. It is worth noting that the plot of the book contains the topic of emigration, because the main character Ganin moves from Russia to an unfamiliar country. The protagonist learns that the wife of his friend Alferov - "Mashenka" - is going to visit her husband. Seeing the photo of the girl, Ganin recognizes his former love, with whom he broke up in his youth. Therefore, the forgotten feeling of the main character again begins to fill his heart, and Mashenka lives in memories, remaining behind the scenes in real life.

In general, Nabokov's first book is a result of Bunin's influence: Vladimir Vladimirovich tried to follow the beaten path of this writer. Therefore, in 1926 the student sends a copy of the first novel to his mentor with a signature: "Do not judge me too strictly, I ask you." Ivan did not even bother to answer a novice novelist, making notes on one of the pages of the book: "Oh, how bad!". The fact is that Bunin judged the writer's talent for his elegance in literature, putting the author's reasoning on the second plan.

In 1936, when Adolf Hitler came to power, Nabokov's wife was fired because of xenophobia that had progressed in the country. From Berlin they moved to France, and to America, where from 1940 to 1958 he worked as a teacher in American universities. Vladimir Nabokov's lectures on literature were popular with students, because the writer was one of those teachers who could make any listener absorb knowledge like a sponge.

Becoming a writer, Sirin invented his own style: his works were characterized by a bright and unique handwriting, which later some authors borrowed, for example, Sokolov or Bitov. Nabokov, like Anton Chekhov, analyzed the state of mind of the main characters and "mixed" all the synesthetic feeelings and memories with an unpredictable culmination and finish. Also, the writer adored the play of words and a scrupulous description of even the most insignificant details.

"Lolita" is considered a world bestseller. However, for obvious reasons, the book had the same fate as Joyce's novel "Ulysses". Publishers considered the Nabokov story pornographic, and in some countries the book was a taboo. And this is not surprising, because the writer described the passionate feelings of an adult man to the 12-year-old nymphet Dolores.

However, Sirin was afraid of such thoughts, so at one time he wanted, like Nikolai Gogol, to burn his manuscript, which was written thanks to the influence of English sexologist Havelock Ellis. Because of this eccentric novel Sirin wasn’t given the deserved Nobel Prize for literature. Also the story of the frivolous girl and her adult lover was screened twice: in 1962 by Stanley Kubrick (the script was written by Sirin), and in 1997 the director was Adrian Line.

According to rumors, in his childhood Nabokov was extremely romantic: when he was 15, he fell in love with a farmer’s daughter Polya. And at age of 16 he loved a chubby girl Valentina Shulgina. According to the writer's memories, it was love at first sight. Young people had secret relations. After finishing the gymnasium Nabokov promised to marry Tamara (as the writer called his passion), but after moving to the Crimea, their connection was cut off. Shulgina became the prototype of Masha in the novel of the same name.

In 1922, Nabokov was dating Svetlana Sievert, but their relations were unsuccessful: the parents of the girl were against Vladimir, because they believed that the writer at that time did not have a permanent job.

In 1925, the writer married a girl of Jewish origin - Vera Solonim, who became the guardian of his literary heritage. For example, after the death of her husband, she translated Nabokov's novel "Pale Fire". This beautiful black-eyed woman not only shared the writer’s love for creativity, but also they were chasing butterflies. On May 10, 1934 to the Nabokov family the son Dmitri was born, who in the future became an American translator (he also translated works of his father) and an opera singer.

In the last years of his life, Vladimir lived in a picturesque city in the west of Switzerland - Motre - and was engaged in literary activities. Such novels of Nabokov as "Pale Fire" (1961) and "Hell" (1969) were written during this period.

In summer of 1977, Vladimir Nabokov died of severe bronchial infection. The genius of literature was cremated and buried in the Claren Cemetery. On the grave of the novelist it is written: "Vladimir Nabokov, writer."

• "Loneliness, like a position, is corrected, but as a condition, this is an incurable disease".

• "The formula of a human life: it is impossible to change the past, to get enough of the present and to predict the future".

• "Literary professors think they have such problems as:" What did the author aspire to? "Or even worse:" What does the book want to say? "I also belong to those writers who, having a book in mind, have no other goal than to get rid of it ".

• "Life is a big surprise. Perhaps death will be even bigger surprise. " 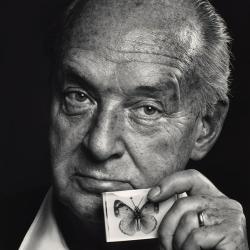