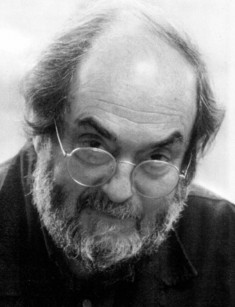 Stanley Kubrick is a famous American director, scriptwriter, producer and one of the most influential cinematographists of the 20th century. His movies are particular and notable because of the specific close-ups, unusual panning, evocative use of classical music.

The directing biography of the director includes 16 finished pictures most of which became cult movies. It is remarkable that in each movie, except "Spartacus", Stanley Kubrick acted in several spheres at once, combining work of the director, producer, scriptwriter writer, and sometimes, in addition, he was a cameraman too.

Stanley Kubrick was born in New York in summer 1928. His antecedents were Jewish from Austro-Hungarian empire. His father Jacob Kubrick was originally from Eastern Galicia, he worked as an operating surgeon. His mother Gertrude Kubrick came from Bukovina, she was a householder. Stanley spent his childhood in the Bronx. The family of Kubrick was not religious, in spite of the fact that Gertrude and Jacob got married according to Jewish tradition.

When Stanley was 12, his father taught him to play chess and since that period of time he became obsessed by this game. Being a student of high school, he got a fancy for music and even dreamed of becoming a jazz musician. His parents allowed him freedom and he always did what he wanted and what he really was interested in.

From 1941 till 1945 future cinematographer attended William Howard Taft High School. He studied not very well at the school, that’s why after he had finished school he didn't succeed in entering the college. He said that nothing interested him when he was at school. In 1946 Kubrick began to visit evening classes at a local college but soon he left his studies and started to look for a job.

In 1946 Look magazine gave him a job of photographer and in a short time, he became a full-time photographer here. Due to this job, Stanley traveled throughout the country. These journeys aroused desire for knowledge in him. Also, the young man had a part-time job, playing chess in different chess clubs of Manhattan.

Stanley Kubrick began his film career in 1951. In the beginning, he filmed pictures on his own savings. His first movie was a short-length documentary "Day of the Fight" about a boxer Walter Cartier. It was a successful work and Kubrick proceeded in the filming of other documentaries. The next movies he released were "Flying Padre" and "The Seafarers".

In 1953 he released his first fiction picture "Fear and Desire". In 1955 the movie "The Killer’s Kiss" came on the screen and was positively evaluated by the critics. Though the director became really successful after the release of drama "Paths of Glory" (1957) with Kirk Douglas in the leading role. Movie represented the events of the World War First and was rather scandalous, that’s why it was even forbidden in France.

In 1960 the actor Kirk Douglas, who was the executive producer of the movie "Spartacus" invited Stanley to take the place of the fired director having hopes that a young director would be more obedient. But Kubrick at once replaced one actress of the leading role for another and was shot the movie the way he wanted. As a result, this movie received 4 Academic Awards in different nominations.

His next melodrama was "Lolita" (1962 ). This movie was nominated for 7 different awards.

Stanley Kubrick became world famous after the movie "2001: A Space Odyssey", which was praised by Academic Awards for Best Visual Effects.

But the most sensational movie was "A Clockwork Orange" (1971), a screen-adaptation of the same-name novel of Anthony Burgess. For sex and violence abundance this movie was forbidden in Great Britain.

In 1975 Kubrick filmed a drama "Barry Lindon". It’s a movie about an Irish guy, who killed an officer of the English Army. This movie was nominated for Academic Awards for a couple of times. In 1980 the next successful movie "The Shining" was released. Jack Nicholson played the leading role in this movie. In 1997 Kubrick began working on drama "Eyes Wide Shut" featuring Tom Cruise and Nicole Kidman, who was married at this time. This movie was his last work.

Three days before his death the director confessed that he had shot one more film about which he hadn’t told anybody. This interview appeared in free access only in 2015 as soon as Patrick Murray who had organized this interview with Kubrick signed a non-disclosure agreement of contents of their conversation for 15 years.

The reason for such privacy, by the words of the director, was the video itself, which was shot by Kubrick. The director announced that he had directed landing of the American astronauts on the moon, so it meant that a well-known video was falsification. Kubrick admitted that he had shot the first steps "on the Moon" in the studio and that he had realized this "fraud against mankind" with the assistance of the government and NASA.

Nevertheless, the conviction that the American landing on the Moon hadn’t happened in reality considered the conspiracy theory and is ridiculed by society. Words of Kubrick or someone, who was in the video instead of him hadn't changed anything.

Stanley Kubrick was married for three times. He met his first wife when he was working at "Look" magazine. In 1948 young people married though their marriage didn’t last for a long time.

A ballerina and actress Ruth Sobotka became the second wife of the director. They met each other on the movie set of the movie "The Killer’s Kiss" where actress played the role of the dancer. But soon they divorced.

Kubrick got acquainted with his third wife – a German singer Christiane Harlan during the shootings of the movie "Paths of Glory": Christiane sang in this movie. The couple got married in 1958. At this period of time, Harlan already had a daughter. In a short time, their two daughters Vivian and Anna were born. In 2009 Ann died from cancer. And later Vivian got involved with Scientology and she stopped communicating with her family.

Stanley Kubrick didn’t like to talk about his private life that is why there were much more gossips and myths than true facts about him.

On the 7th of March 1999 four days after the cutting of the movie "Eyes Wide Shut" was finished, the director Stanley Kubrick died of a heart attack in his sleep. A talented director was buried in Hertfordshire (England).

Kubrick still had some unrealized projects left. During thirty years he had been collecting materials to film the movie about Napoléon Bonaparte but after his death, the large library which consists of 18 thousand volumes about Napoléon was left.

Stanley Kubrick had influenced greatly on cinematography and culture in general. A number of techniques which he was the first to apply in his pictures, became the part of classical cinematography and got into the educational program in specialized institutions. And Kubrick’s scenes from cult pictures regularly become a basis for references and homages in modern movies.

But also Kubrick isn't forgotten in areas far from professional cinematography even two decades after his death. There are still active fan groups on the web devoted to works of the director and accounts on Instagram with selections of shots from significant Kubrick’s movies.

And in 2018 the group of biologists called the new species of tree frogs discovered in the territory of the Amazon basin in honor of the director - D. Kubricki. 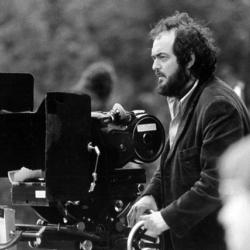